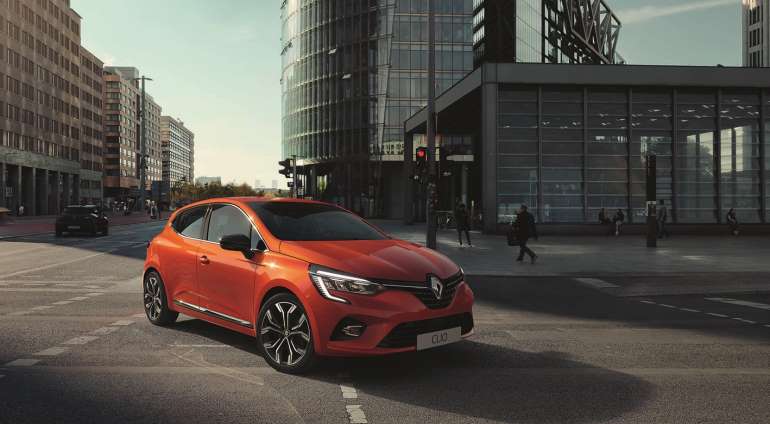 Renault has a big expectation for the fifth generation of its Clio supermini. Forecast is that the model should have better sales then the outgoing version who still selling quite well.

The Clio is the third most popular car in Europe. He is just behind the VW Golf and Polo.

It is the first car to be based on a new platform that will be shared by Renault's partners Nissan and Mitsubishi. It is 14mm shorter than the previous Clio yet Renault claims much greater passenger space.

The interior will have improvements in perceived quality. The new 2020 Clio will have a soft coating on the dashboard, door panels and centre console surround, and technology. A so-called ‘Smart Cockpit’ includes vertical, 9.3-inch vertical multimedia screen and a 10-inch TFT digital instrument binnacle replacing the model's traditional analogue display.

Other areas to which Renault paid particular attention are the steering wheel and the seats, with new designs and higher quality materials.

Renault will offer the new R.S. Line trim level. Although it is claimed to be inspired directly by Renault Sport, it is more a styling package in the manner of M-branded BMWs and AMG-spec Mercedes. Let's hope that in the fullness of time there will be a proper Renault Sport version of this Clio, as previous iterations have been some of the finest-handling hot hatchbacks around.

Tagged under
More in this category: 2020 Renault Megane »