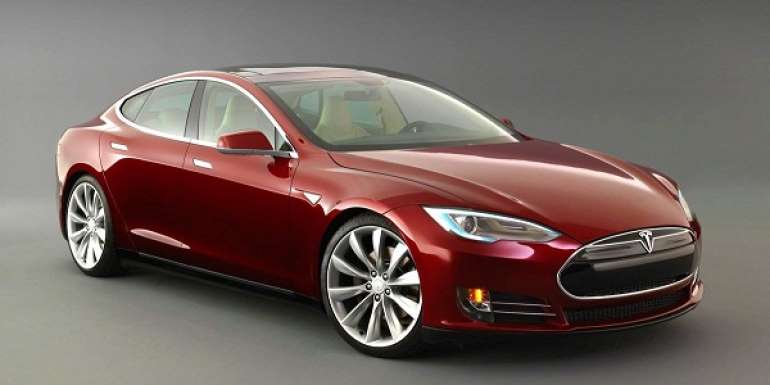 The most popular Electric large Sedan in US is Model S, the Tesla would like to keep this position with the new 2023 Tesla Model S.

Model S is represented model since the electric automaker’s inception in 2003. Launched in 2012, it signaled a radical shift in the automotive landscape with its incredible performance, decent range and semi-autonomous driving capabilities.

Anyhow,  newer models such as the Model 3, Model Y, Roadster 2.0, and take some advantages in specific segment. So the concerning that Model S now starting to fade into the shadows. With a new 2023 Tesla Model S will have significant updates, with full redesign.

Tesla will take a positive approach and explore what a potential Model S replacement could look like with this illustrative design study.

The new 2023 Model S will have inspiration of design in wedge-period from 1970. Frontal styling shares many design elements with the upcoming Tesla-roadster 2.0, including a shark-nosed facia, vertical headlamp cut-outs, and a Model 3-inspired nosecone graphic. The side profile catches your eye with a dominant crease that wraps around the car from front to back; this forms the basis of a wedge-aesthetic by dividing the upper and lower surface areas, with doors and fenders tapering inwards. Blacked-out lower windscreen pillars yield a dynamic effect, whilst the rest of the glasshouse is an evolution of the current car. The cabin would employ vastly improved aesthetics and materials, without being as spartan. Rear styling is angular and squared-off; featuring full-width horizontal LED tail-lamps and an aggressive lower diffuser.

The original Model S had a myriad of standard, long-range and performance variants, with subsequent updates offering Insane, then Ludicrous Plus modes for performance that still embarrasses many past and present supercars.

The new Model S will have a single engine RWD entry variant, a dual-engine all-wheel-drive option, and a bonkers Tri-Engine setup. Tesla’s upcoming ‘Plaid’ performance model which would see acceleration figures dip below the 2-second mark for the 0-60 (97km/h) sprint.

The driving range would ideally north of the 500-mile mark, aided by improvements to Tesla’s current li-ion batteries.

Tesla is also working on a battery with a lifespan of million miles, helping reduce anxiety associated with long-term ownership and battery replacement.

Tagged under
More in this category: Tesla Cybertruck »