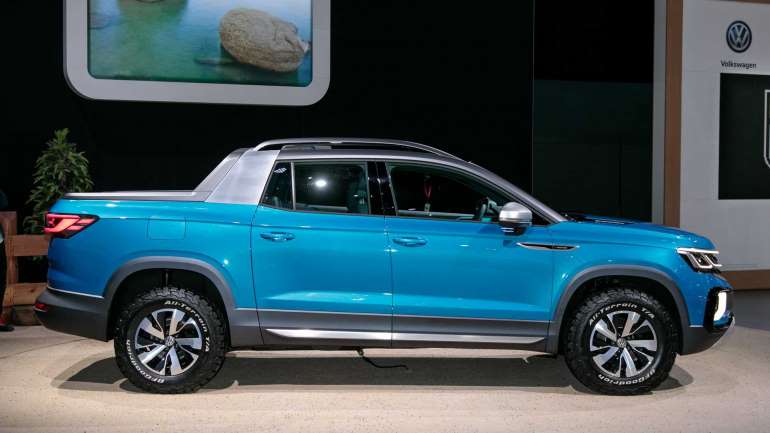 They will share certain platforms and co - develop other new ones, Ford and VW announced in January 2019. Part of that agreement included having the 2022 Ranger and Amarok share not only architecture but assembly plants, as well. When VW Chief Operating Officer Ralf Branstatter recently stated the new Amarok was on track to debut in 2022, that means the new Ranger will also be.

The collaboration is to be commercial vans and for midsize pickup trucks. The aim for these vehicles was for 2022, and that looks like they will be hitting that date. None of these vehicles will be electric-powered, supposedly. They will use the 2.7-liter EcoBoost six-cylinder engine or 3.0-liter diesel currently found in F-150 pickup trucks, instead. The Ranger has been around in its current form in other countries since 2011, though new to the US. By Ford of Australia, the current T6 Ranger has its origins in Australia having been designed, engineered and developed. The Ranger will have been produced for 12 years in one form or another with only minor updates, by 2022. While it may seem too soon to replace the current Ranger, looking at the larger picture it makes more sense. So, when you add that the new truck will be shared reducing costs, then it should be a great arrangement for getting both VW and Ford into new midsize pickup trucks.

It and its Ford Ranger twin could get turbo petrol and diesel V6 engines, but no plans for hybrid or battery power for next-gen Volkswagen Amarok ute.

The German car-maker has revealed, the next-generation Volkswagen Amarok due in 2022 will not feature a pure-electric power train or even hybrid petrol or diesel engines. At the Frankfurt motor show overnight, VW's chief operating officer, Ralf Branstatter, said the new Amarok pick-up would miss out on electrification altogether despite plans to introduce 20 cars based on platforms like the pure-EV MEB architecture, speaking to Australian journalists at the launch of the Volkswagen ID.3.

The replacement for the Amarok, co-developed alongside the Ford Ranger, will not get a mild-hybrid, plug-in hybrid or pure-electric powertrain, instead favoring traditional internal combustion engines.

The decision, at odds with not only Volkswagen's push for mass electrification but also the Amarok's rivals, seems.

Toyota plans to launch a hybrid Toyota HiLux by 2025, and Mitsubishi is reportedly readying a plug-in hybrid version of the Triton within three years.

If the Ranger will rely just on fossil fuels or if the global alliance formed between Ford and Volkswagen to create the next-generation pick-up will allow the use of individual power trains, it's not known.

So, the Blue Oval has already bought a reasonable chunk of pure-electric start-up Rivian and confirmed it is in the final stages of development of a battery-powered version of its full-size F-150 truck.

The 2022 Amarok success could be limited in some parts of Europe that are planning to levy high taxes on vehicles with high CO2 emissions, without electrification. Australia's positioning on such legislation remains unclear.