A great ride, competitive performance, and a premium cabin make for a compelling Mazda 3 hatchback.

We've called the current Mazda 3 Turbo all-wheel-drive hatchback a compelling rival to the Audi A3s and BMW 2 Series of the world. But what about non-turbocharged variants like the 2023 Carbon Edition tested here? Well, it's still compelling.

Its 2.5-liter engine may be down on output versus the 3 Turbo, but it's also more affordable and, at least as equipped here, as nice inside. Plus, with all-wheel drive, it offers a combination of all-weather peace of mind and a premium interior that's basically unobtanium among mainstream compact cars.

Really, the primary competitors are the Subaru Impreza and the Honda Civic, although neither lines up perfectly. The former has standard AWD but a subpar interior; the latter is FWD-only but has a premium-feeling cabin.

What The Numbers Say

In terms of acceleration, here's how those three stack up. Our AWD Mazda 3 Carbon Edition hit 60 mph in 7.6 seconds, far quicker than the last Impreza we tested, although a new Subie arrives for 2024 with a more powerful engine that should make it more competitive. The Civic hatchback trails the Mazda, too, to 60 mph, although it closes the gap as speeds rise; this is likely because of the Mazda's AWD traction advantage off the line and the fact that aggressive throttle inputs from a stop and at low speeds are met with indecision from the six-speed automatic transmission. Shifts are snappy once you get moving, though.

n the move is where the 3 shines even brighter against the Impreza. The Mazda betters the Subaru in our test-track lateral-acceleration and figure-eight tests, although it does lag behind the Civic. This tracks with our general impression of the three as driver's cars, with the Civic being the sportiest of the bunch and the Impreza being competent but not a particular joy to drive.

There is certainly fun to be had behind the wheel of the 3; in a vehicle with modest power, it's key to keep your momentum up when slicing down a favorite back road, and accurate and linear steering is a big help in doing so. The body is also well controlled, with enough roll to impart a sense of inertia while never feeling sloppy or out of sorts, and the brake pedal is easy to modulate and serves up adequate stopping power. Unfortunately, our test car wore relatively narrow 215-width tires that limited exactly how spicy you could get in corners (and likely its test-track handling performance), and you can tell the Mazda uses a rear torsion beam suspension due to the muted thumps caused by large impacts like potholes and expansion joints.

The Mazda 3 AWD may be more fun to drive than the Impreza, but it does lose the fuel economy battle. Its EPA ratings come in at 26/33 mpg city/highway, against the 2023 Impreza's 27/35; in the Subie's favor is the fact it's lighter, has a smaller engine, and uses a more efficient CVT automatic. (There's no point in comparing the 3 AWD to any FWD compacts, as those generally get better fuel economy as a rule because they're driving only two wheels.)

Interior space is another area where the 3 trails. Front and rear headroom with a sunroof, rear legroom, and cargo space behind the second row are all areas the Mazda 3 can't match the 2023 Impreza or impressively roomy Civic. At least getting in and out of the Mazda is no problem thanks to front and rear doors that swing out to almost 90 degrees.

And it's hard to imagine ever growing tired of the 3's upscale interior. The same cleanly styled dash and high-end-feeling knobs and controls in the 3 Turbo are here in the Carbon, too. So is the supple leather upholstery on the seats, steering wheel, and shift boot. In the 2023 Carbon hatch, a power driver's seat and heated front seats are standard, and every outboard seating position front and back is equally comfortable.

Indeed, the Carbon Edition is fairly loaded. It receives standard automatic LED headlights, upsized 18-inch wheels, keyless entry, a sunroof, push-button start, and Apple CarPlay and Android Auto compatibility. This compares favorably to the Impreza, which only offers a sunroof as an option and completely lacks the Mazda's standard rain-sensing wipers and electronic parking brake.

An excellent-sounding 12-speaker Bose premium audio system is standard in the 3 Carbon, too, offering more speakers than any Impreza. The Mazda also gets an 8.8-inch central display, which is larger than the Impreza's maximum 8.0-inch screen—although the unit in the Mazda isn't a touchscreen like those in most of its rivals. Rather, it's controlled by a knob and buttons on the center console; this setup becomes somewhat easy to use with more familiarity, although it's not nearly as intuitive or simple as a touch panel. Finally, the 2023 3 Carbon also includes automatic high-beams, a lane keeping system, blind-spot monitoring, and rear cross-traffic monitoring.

The 2023 Mazda 3 Carbon Edition is the lowest 3 trim available with AWD, and it opens at $30,665. (There's a nonturbo Limited AWD above it, and the Turbo also offers AWD.) Our test car also came with an optional $450 navigation media card and $135 stainless rear bumper guard, which brought the price to $31,250. This is $2,835 more than the top-trim Impreza, the Limited, for which you get a more refined, more feature-rich, and simply better car. The Civic makes the more compelling competitor, at least for those for whom FWD isn't a dealbreaker. It drives better and it has nearly everything the Mazda does, and then some, such as a wireless charging pad and a slightly larger central screen. The top Civic hatchback trim, the Sport Touring, costs $31,645.

Who Is This Car For?

The Mazda 3 Carbon AWD is perfect for someone who doesn't care a bit about power or acceleration bragging rights, as it gives you most of the goodies and quality feel of higher-level 3s in a similarly agile and comfortable package. There are more practical, faster, more efficient, and less expensive mainstream small cars out there, but very few if any can match this 3's particular blend of driving enjoyment and luxury. Heck, we're not even sure Audi and BMW do. 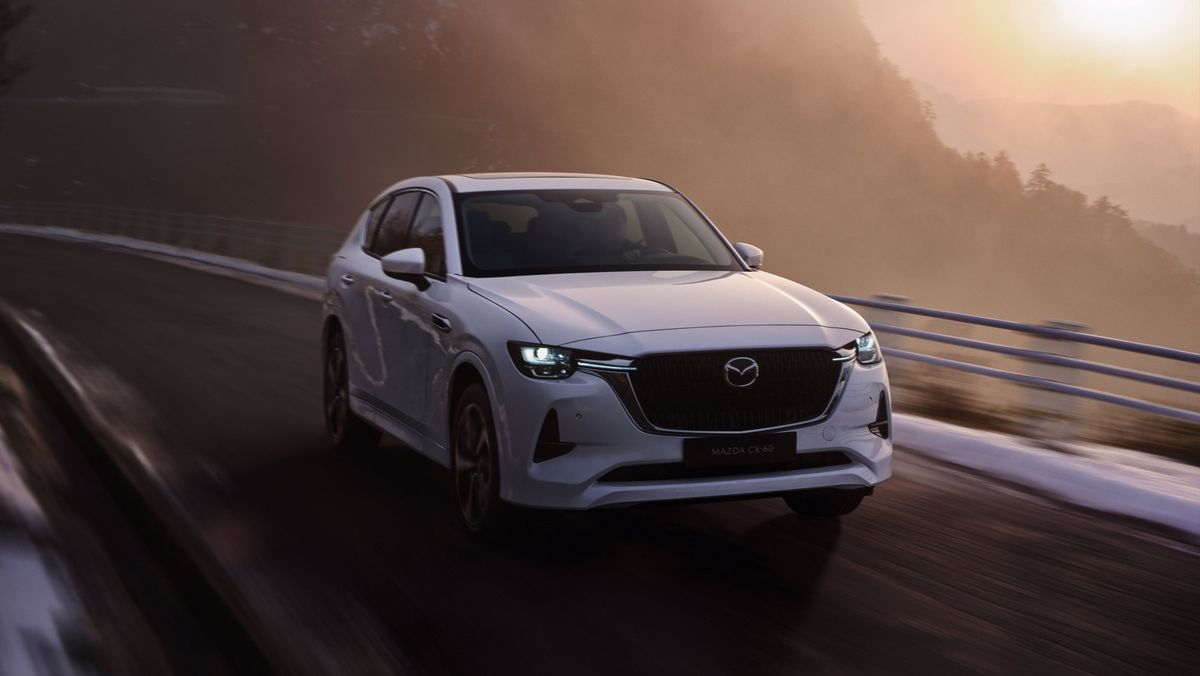