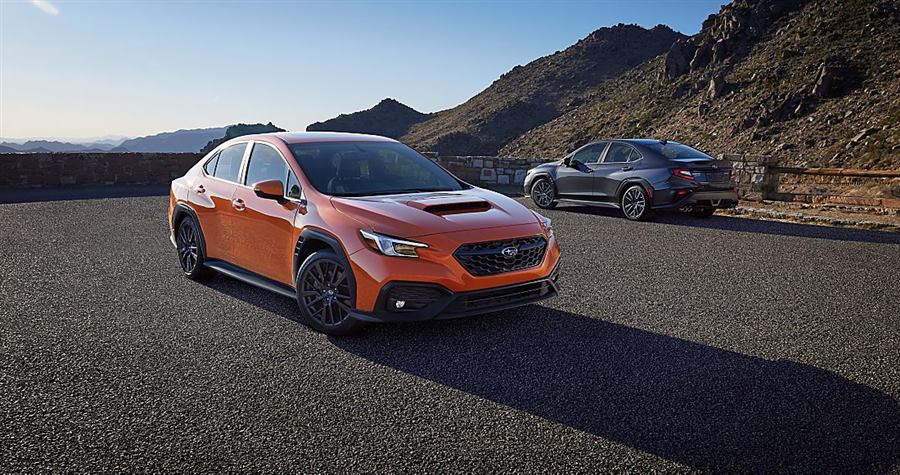 The verdict: Starting around $30,000, the manual 2022 Subaru WRX is an inherently fun and unique all-wheel-drive performance car.

Versus the competition: Where the WRX lacks some sharpness compared with the competition, it makes up for it with standard all-wheel drive for all-season duty.

The previous-generation Subaru WRX was great: a four-door sedan with plentiful grip and an eager driving feel. But it was also an absolute brute of a car, with raw, unpolished driving characteristics that didn’t offer much in the way of everyday comfort. For 2022, the WRX receives a complete overhaul, now riding on Subaru’s Global Platform, which is claimed to improve dynamics and reduce noise, vibration and harshness (NVH). Given NVH is the three-letter acronym most synonymous with Subaru’s sport compact sedan (after WRX, that is), I was eager to drive the latest version to see if it offers a more polished experience.

A new 271-horsepower, turbocharged 2.4-liter horizontally opposed four-cylinder engine replaces the previous 268-hp, turbo 2.0-liter four-cylinder. Looking at their peak numbers, you wouldn’t expect a significantly different driving experience between the engines, but that’s not the experience behind the wheel. The previous engine suffered from acceleration and turbo lag, requiring a good winding out to access its power. Now, thanks in part to more displacement and an electronically controlled wastegate, Subaru says the engine is more responsive and has a broader torque curve. The result is more linear power delivery that doesn’t take as much work to access — or leave you waiting for something to happen at lower engine speeds.

Perhaps thanks to that torque accessibility, as well as some other changes, the 2022 WRX with a six-speed manual transmission is significantly easier to drive than the 2021 version. Simply having a manual transmission isn’t good enough these days, but the new WRX’s manual is a good one. The old WRX was difficult to launch quickly; its clutch takeup was right off the floor, and engagement happened within an inch of clutch-pedal travel. Getting off the line quickly required high engine speeds of 4,000-plus rpm; too much throttle and the clutch would burn, but not enough throttle and the car would bog.

Subaru slightly tweaked the six-speed manual’s gear ratios and improved its shift qualities, and the new WRX’s clutch action is considerably more forgiving, making the car easy to drive and accelerate quickly from a stop. Like the old car, the manual is easy to shift quickly, and the brake and accelerator pedals are in good positions to execute heel-and-toe shifting — a good thing given there’s no auto rev-match feature for smoothing downshifts, as some competitors offer.

Full-on acceleration tested the traction limits of my test car’s all-season tires (Michelin Pilot Sport All Season 4s), which spun at the front before the rears joined the party. (The WRX comes standard with summer performance tires, but Subaru fitted all-seasons to this particular car because we drove it during a cold season in Chicago.) I also observed traction control or engine management pulling power after aggressive shifting — even with traction control disabled — with acceleration waning after a shift before the engine wanted to get moving again.

The WRX’s engine and exhaust don’t make many distinctive noises audible from the driver’s seat, though there are pops and spits when shifting at the engine’s top end. This is a common downside of modern turbocharged performance cars, where the turbocharger in the exhaust stream acts like a muffler and good NVH characteristics mean engine and exhaust noises are less likely to enter the cabin. Many automakers attempt to enhance the audible experience via electronic augmentation using the car’s interior speakers, but few do it successfully. Others, such as Hyundai N cars, have variable exhaust systems that provide multiple volume options. The WRX is a staple of aftermarket customization, though, so perhaps Subaru is letting owners figure it out for themselves; the 2022 WRX will likely be no stranger to aftermarket exhaust systems.

The redesigned WRX’s ride and handling is perhaps the most interesting change from the previous generation. With a new platform, Subaru says it’s increased chassis stiffness across the vehicle, providing more responsive steering and handling as well as a quieter ride. I can confirm that the WRX’s ride quality has improved, though that was with the previously mentioned Michelin all-season tires. All-season tires often have more pliability than summer tires, which tends to improve ride quality, so we don’t know yet how the new WRX rides with its standard tires.

Ride quality as equipped was excellent, with the standard fixed-firmness shock absorbers versus the WRX GT trim’s exclusive adaptive-firmness shock absorbers; the suspension prevents impacts from disturbing the cabin. The suspension is still firm, but there aren’t big hits that upset the car, and it’s quite nice to drive. There’s also more sophistication in how the car manages broken pavement and bumpy roads, while also being quieter than before — again, perhaps a product of the all-season tires. I recall a loud whirring at highway speeds in a previous-generation WRX with summer tires.

As you’d expect from less aggressive tires, handling at the limit seemed to take a hit. There was an unsettledness in fast sweeping onramps, and the car doesn’t drive with the immediate confidence of the new Civic Si on its all-season tires. At corner turn-in, the Civic Si tells you exactly what’s happening through steering-wheel feedback; there’s vagueness in the WRX’s steering, which uses a new dual-pinion power-steering system. The steering is quicker, though, with a 13.5:1 ratio versus the outgoing 14.3:1 ratio, resulting in fewer turns lock-to-lock: 2.5 versus 2.8 or 2.7 (depending on trim level).

On the inside, the WRX’s styling is unique versus the Subaru Impreza sedan on which it’s based, with a different appearance but very similar materials quality. There’s less rear-seat headroom versus an Impreza, however: 36.7 inches versus 37.2 inches in the Impreza.

The biggest difference inside the WRX is a new 11.6-inch touchscreen. It does some good things, like allowing Apple CarPlay to use a large part of the screen — rare in portrait-style systems — but it also does some strange things. You’d think the seat-heater button on the touchscreen would turn on the heated seats, but it doesn’t; it only accesses the heated seat menu from which you turn on the heated seats. Also, Android Auto smartphone connectivity doesn’t get the big screen view like CarPlay does, so Android users are stuck with a smaller interface. Subaru addressed these issues on its more recent 11.6-inch system, called Starlink Media Plus, which debuts on the updated 2023 Outback.

What About That Cladding?

Whether the WRX’s plastic cladding adds to or subtracts from the car’s appearance is up to you, but I suggest seeing it in person before making your decision; it appeared cheap to me in pictures, but it’s less offensive in person. The WRX has aggressive styling overall that’s pleasing to my eye, with broader fenders that look mighty aggressive in the flesh. What I think the cladding does well is give the wheel openings extra height, so they look better in proportion to the body. I always thought the ratio of the old WRX looked dinky, with wheel openings that seemed too small in relation to the body. The new cladding solves that by visually enlarging the wheel openings.

The WRX remains the only sport compact with AWD, which is a big advantage among its peers for all-season driving in wintry climates. The WRX also has a good mix of power and handling — the Civic Si very much has only handling nailed down — and the new Subaru is also a much better daily driver than it was before.

As equipped, however, the new WRX felt a little soft compared with the previous generation. Considering the previous car’s jarring ride, I didn’t find this completely offensive, but Subaru might have gone a little too far in making the WRX more daily-drivable, especially considering there’s no longer a WRX STI (it’s been discontinued) for those who want higher performance capabilities.

My final judgment is yet to come because I’d like to see how this car drives with its summer tires. I suspect it won’t change the overall demeanor, but a little extra grip and steering crispness would likely help it feel less tepid. 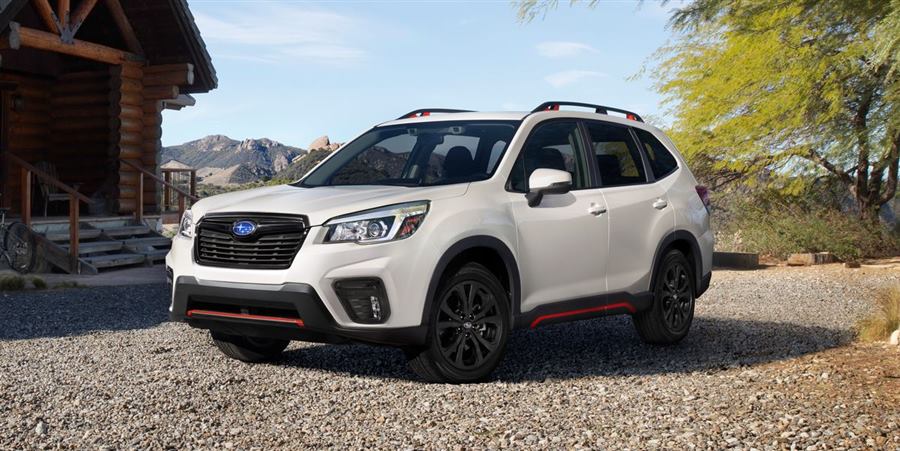 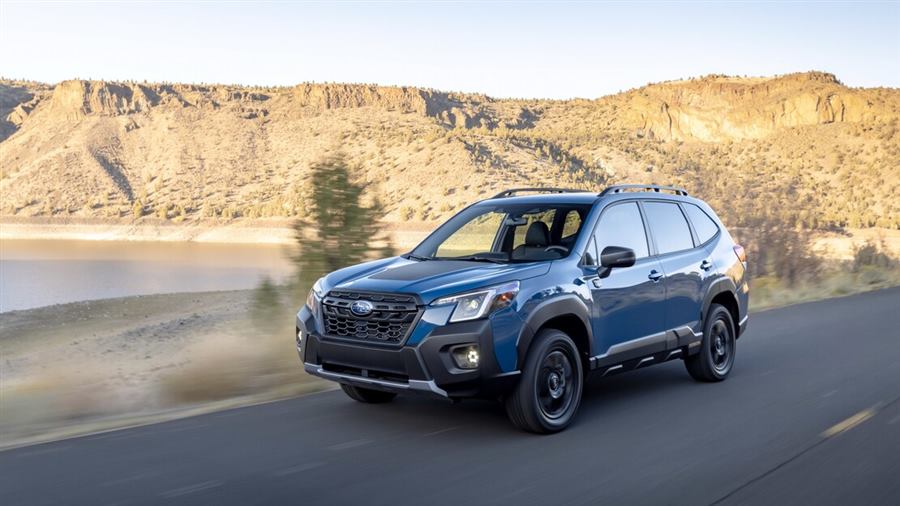 2022 Subaru Forester Wilderness First Drive: Out in the Wild

2022 Subaru Forester Wilderness First Drive: Out in the Wild 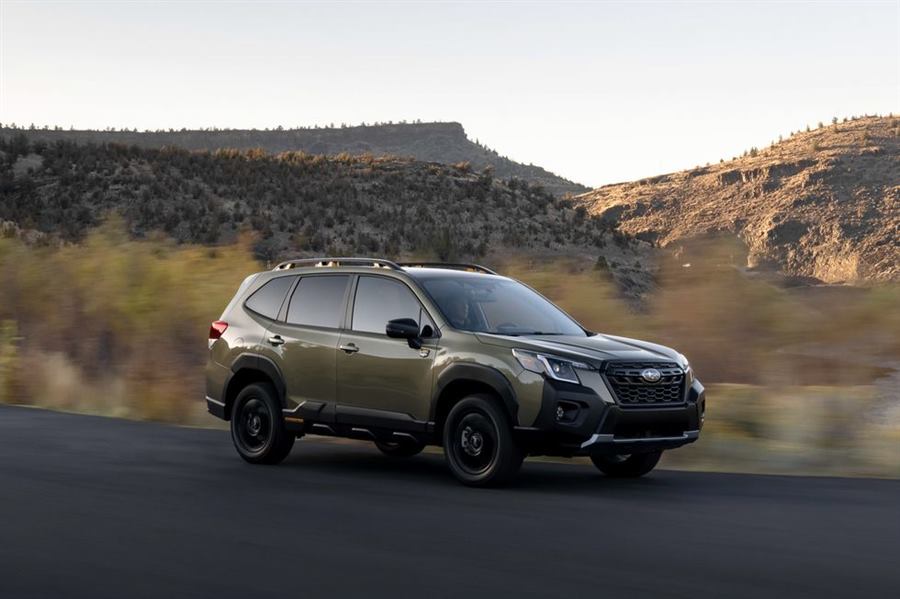