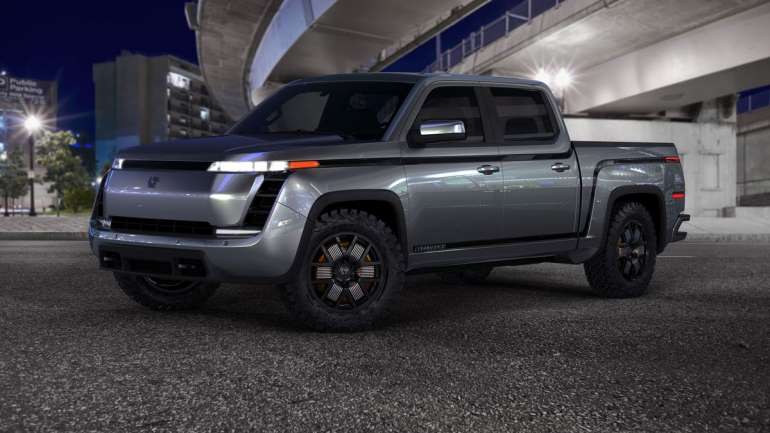 The 2023 Lordstown Endurance sounds more like an English marathon than an electric pickup truck, but—believe it or not—it's the latter. The Endurance is part of the onslaught of all-electric pickups that are on the horizon, but Lordstown Motors has endured (no pun intended) financial struggles and legal trouble. While the company claimed its EV pickup would be the first of its kind to hit the market, that's no longer the case as rivals such as the Rivian R1T, the GMC Hummer EV, and the Ford F-150 Lightning will beat it to the punch. The future of the 2023 Endurance is on shaky ground, but the electrified pickup is said to have a range of about 250 miles, produce 600 horsepower, tow up to 6000 pounds, and cost $52,500.

As the first vehicle built by Lordstown, which is an American startup, the 2023 Endurance will join a growing number of EV pickup trunks when—and if—it ever makes it to production.

Pricing and Which One to Buy

Lordstown has said that it's targeting a starting price of $52,500 before tax credits for the forthcoming Endurance, but it hasn't mentioned what options and trim levels (if any) will be available.

We're told the Endurance will make a combined 600 horsepower from its futuristic hub-motor system. This four-wheel-drive setup features an electric motor mounted directly in each of the truck's wheels, which reduces the number of moving parts and—according to Lordstown—improves reliability and is less expensive to maintain. Although we don't have any other specifics about the Endurance, we have seen two videos of a prototype undergoing chassis testing. They include shots of the truck driving over a washboard-like surface, climbing a 15-percent grade, and driving through mud. The latter clip gives us a close-up of its solid rear axle that's supported by leaf springs, which won't provide as smooth of a ride as the Honda Ridgeline's independent rear suspension or the coil-over setup found on the Ram 1500.

Lordstown has said that the Endurance will be able to tow up to 6000 pounds, but it hasn't disclosed any details about its payload capacity. That's a far cry from the five-figure tow ratings that are being touted by the Rivian R1T. It's actually closer to mid-size, unibody pickups such as the Ridgeline and—likely—the upcoming Hyundai Santa Cruz.

We've heard that the Endurance has a target range of around 250 miles, but the company hasn't released any information about its battery capacity. While that number sounds plausible based on the current driving range of many EVs, it falls short of the R1T's maximum estimate of 400 miles.

Inside, the Endurance has a design that doesn't reinvent the wheel. The dashboard has a lot of straight lines as well as vents incorporated into the middle section and a set of physical switchgear for the HVAC system. On top of the dash are a trio of digital displays for the gauge cluster, driver information, and the infotainment system. The steering wheel appears to have touch-sensitive controls, and the center console features a rotary controller and a pair of cupholders. The Endurance has a four-door, crew-cab body. That should provide passenger space that's competitive with other similarly sized pickups.

The only information we have on the Endurance's infotainment system is based on photos that Lordstown has released. While the size of the (presumptive) touchscreen is unknown, the image does indicate it will be compatible with Apple CarPlay. Judging by the home button next to the far-left knob on the HVAC control panel, it appears the stereo could have a physical knob.