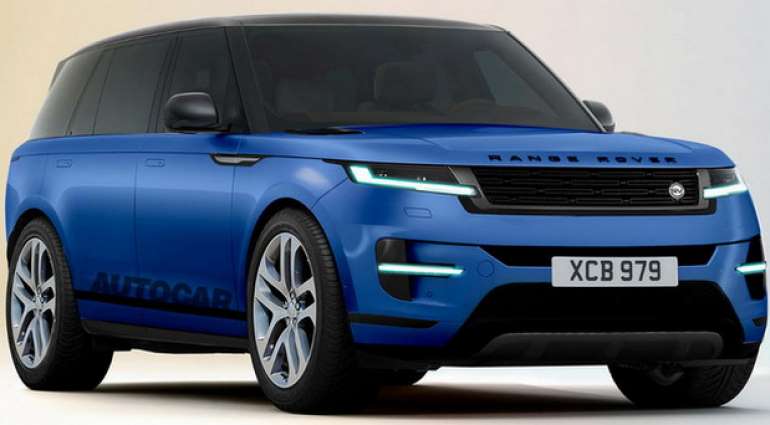 The new Range Rover Sport will play a major role in supporting Jaguar Land Rover (JLR) as the company embarks on a broad and fast electrification program. Every year for the past five years, the current model has surpassed the standard Range Rover by more than 40%, and has recently battled the Evoque and Discovery Sport models for the position of best-selling JLR model.

The introduction of Land Rover's new MLA Flex platform on its largest models means that the new Range Rover Sport will be radically different from the outgoing car, which will be 10 years old when it is replaced, writes the British Autocar.

The Range Rover Sport could have a heightened focus on its dynamic characteristics as a rival to the Porsche Cayenne. This is particularly noticeable in the light of the cooperation agreement between JLR and BMW. The connectivity means the most powerful Range Rover Sport SVR will replace its V8 with a 4.4-liter supercharged V8 supercharged V8 supercharger, paving the way for a significant increase in power and a very powerful plug-in hybrid drivetrain.

The 4.4-liter V8, internally named the S63, currently powers BMW’s M cars, with a maximum power of 626hp in the M5 CS super-sedan. Land Rover will use its own version of the engine in its top-of-the-line SUVs, with various modifications made by its engineers to best suit their characteristics.

Such reinforcement would strengthen the position of the strongest Range Rover in the fiercely competitive and increasingly important segment of the super-SUV, which has grown significantly since the introduction of this car in 2013. And not only that, but it is said that the BMW V8 is 17% more efficient than the outgoing "AJ" unit.

The MLA architecture can accommodate a variety of electrified powertrains, and the standard Sport will accompany the Range Rover in adopting a range of 48V lightweight hybrid-equipped six-cylinder engines - both petrol and diesel - ranging from 246hp to 395hp. But more significant will be the introduction of an improved plug-in hybrid system that pairs a 3.0-liter six-cylinder petrol engine with a 141hp electric motor and a 31.8 kWh battery that offers 100km of electric range.