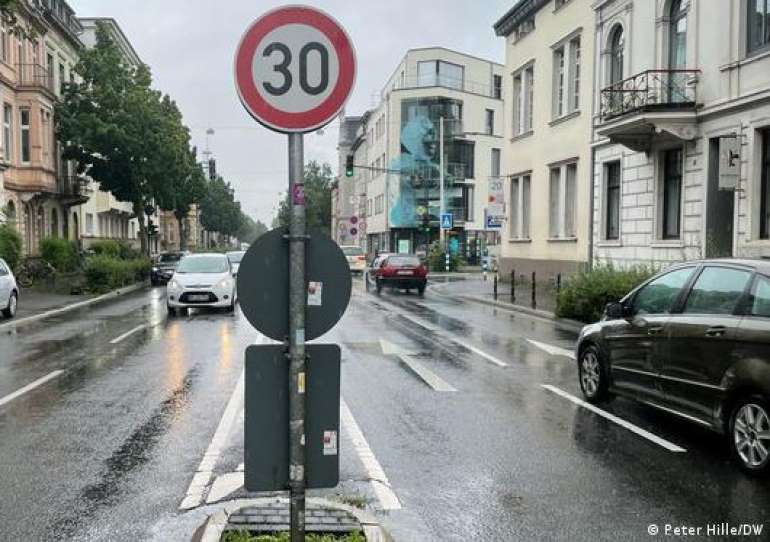 In order to save fuel, some in Germany are proposing the reintroduction of measures such as during the 1973 oil crisis: a general speed limit and a ban on Sunday driving. How effective would that be today?

Tekla Wacker, the Minister of the Environment of Baden-Württemberg, was the first to remember that: "Why don't we introduce speed limits or a 'car-free week', as was the case in the 1970s? "Then that measure proved to be effective and helped reduce fuel consumption," the provincial minister from the Greens told the German news agency dpa.

The baton was then taken over by Nina Shir, a representative of the ruling Social Democratic Party (SPD) in charge of energy and climate protection: for the Welt newspaper, adding that "this is what people can do themselves to reduce the inflow of money into Putin's war budget."

Finally, this weekend, Green Co-President Ricardo Lang said: "We need a temporary speed limit on highways, for example for nine months - until the end of the year, or until the moment when we want to become independent of Russian oil."

In a country that has car manufacturers such as Mercedes, Volkswagen or Opel, that proposal could not go unnoticed. After Riccardo Lang's statement, the Liberals (FDP), the coalition partners of the Greens at the federal level, took the floor: "It is amazing how some use the war in Ukraine to carry out their own symbolic themes," said FDP Secretary General Bijan Djir Saraj. Now is definitely the wrong time for party ideology. "

Memories of the seventies

The general speed limit and "car-free week" were first introduced by the ruling coalition of the Social Democrats and Liberals (FDP) under William Brant in 1973, in an attempt to deal with the consequences of the oil crisis after the Yom Kippur War in the Middle East. The first such action was organized on November 25, 1973, followed by three more "weeks without a car". Those who violated the ban were fined 500 marks. At the same time, the speed limit on highways is up to 100 kilometers per hour, and on highways 80. These rules have remained in force for six months.

The first "car-free week" brought pictures from Germany: thousands of pedestrians and cyclists flocked to highways, police hunted lawbreakers on foot, and even horse prices jumped, as reported by the media at the time. There were also funny scenes: some remembered to harness horses to pull cars, and Bavarian Radio reported on drivers who lived near Austria and who pushed their cars to the border to get behind the wheel and ride there.

Reduce consumption by up to ten percent

Could these measures still work today? Analysts with whom the First Program of the German public service ARD spoke estimate that a ban on driving on Sundays, combined with the introduction of a general speed limit, would reduce fuel consumption by up to ten percent. The question is, however, to what extent such a measure can be acceptable today, when more and more people are using cars due to the pandemic in order to avoid crowds in public transport.

"I think it would be difficult to implement that proposal, because many people work on Sundays today," Amadeus Bach, a researcher at the University of Mannheim, told SWR radio. It would be better, he says, if the authorities gave various incentives, for example for the use of public transport.

By the way, in recent years, almost all European capitals have symbolically designated at least one "Car Free Day" per year, giving pedestrians and cyclists the opportunity to enjoy the city center.

Environmentalists also have different opinions. Greenpeace, for example, proposes two "car-free weeks" each month in Germany, while Jurgen Resch, of the environmental organization "German Environmental Aid" (DUH), believes that it is "only symbolic", but in fact "More lasting solutions are needed to reduce fossil fuel consumption." However, in a conversation with the "Rajniše Post" newspaper, he estimated that the speed limit would make sense, because, he believes, "3.7 billion liters of gasoline and 9.2 million tons of carbon dioxide emissions would be saved every year."

More in this category: « Tesla has to buy a car from a customer It is hard to imagine that some car giant moved the factory to Serbia »