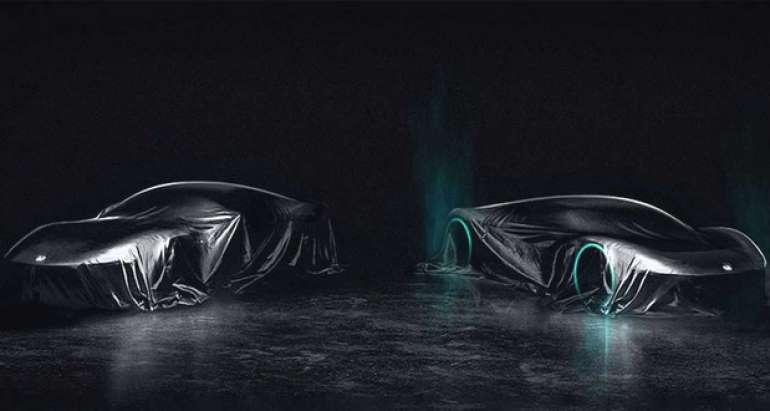 Along with the information from the briefing related to the electrification of the car, a teaser image arrived from Honda announcing two new electric sports cars that will join the range of this Japanese brand.

The vehicles in the picture are still covered, although the one on the right could be the successor to the Honda NSX.

The current NSX hybrid will retire soon, but it has been rumored since last year that it will return as a fully electric model, as hinted by Acure Vice President and Brand Director Jon Ikeda.

The other vehicle on the left looks like a grand tourer. Honda announced that the two electric sports cars will be presented globally.

Honda has also revealed some details from its renewed EV plans, especially for the introduction of electric models in three main markets: North America, China and Japan. In North America, in 2024, Honda will introduce two mid-range and upper-class electric vehicles, which are currently being developed alongside GM, namely the all-new Prologue SUV and the new EV SUV for the Acura. In China, Honda will introduce a total of 10 new EV models by 2027. For Japan, Honda is considering a mini-EV model for commercial use by early 2024, followed by mini-EV and EV SUVs for personal use.

In the second half of the decade, Honda wants to introduce affordable electric vehicles (starting in North America) by 2027 through an alliance with GM. The Japanese carmaker will also start adopting Honda e: Architecture in 2026.

Honda plans to introduce 30 EV models worldwide by 2030, and the goal is to produce more than 2 million units per year. The Japanese plan to invest a total of 64 billion dollars in research and development in the next 10 years.

More in this category: « Renovated Hyundai Palisade without a mask Fiat 500 "La Prima by Bocelli" »