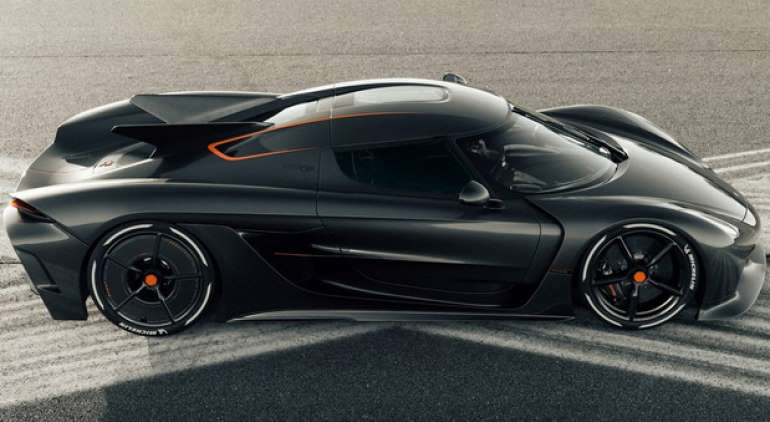 Two years after we saw the prototype of Koenigsegg's model Jesko Absolut, the first car was produced that will be used for testing and development.

The car is painted in Graphite gray with Tang orange lines, and will serve as a development car in the Absolut program.

"Absolut seems natural to drive because of its imperceptible gear change, whether higher or lower. Everything happens much faster, there are no events. The car behaved the way you would like," said test driver Markus Lundh.

The car is powered by a 5.0-liter twin-turbo V8 engine that develops 1,600 hp, and is paired with a nine-speed transmission that will be "the fastest in the world and allow the Jesko Absolut model to reach unprecedented top speeds." Earlier reports stated that it was about 500 km / h. The coefficient of air resistance is 0.278 Cd.

“The name Absolut comes from the fact that this is absolutely the fastest Koenigsegg we will ever make,” said company founder Christian von Koenigsegg.