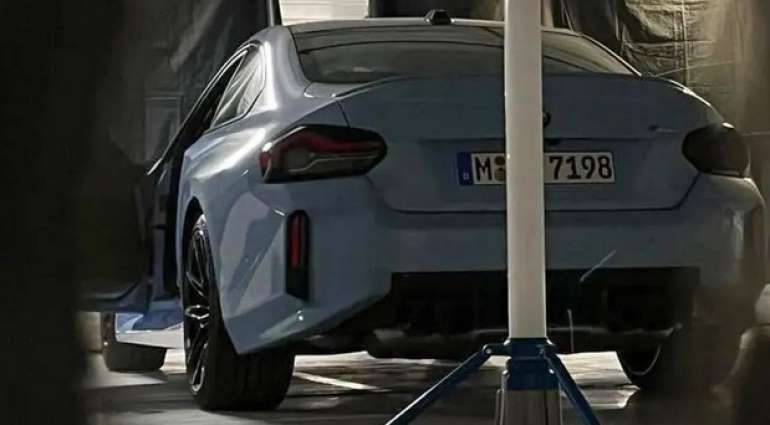 According to official announcements, the second generation of BMW's M2 Coupe (marked G87) will start production at the end of this year. However, a photo revealing the back of the new M2 has already appeared in public.

As things stand now, the new M2 Coupe will have a 3.0-liter six-cylinder twin-turbo engine with around 450hp (in the Competition version), a 6-speed manual or 8-speed automatic transmission and only rear-wheel drive.

This means that the new M2 will not be available with the xDrive all-wheel drive option as mentioned in some rumors.

According to some media, one of the reasons is weight. The new Series 2 is already heavier than a car of this size should be, so the BMW M did not want to add weight to the car.

Another reason is that the BMW M does not want the M2 to affect sales of the M4, and vice versa. If the M2 were offered with xDrive, it could be too similar to the M4 xDrive, which would then cause a cannibalization of sales, one way or another.

In addition, BMW wants the next-generation M2 to be the right car for the driver, without the burden of four-wheel drive.

Production of the new M2 will take place at BMW's San Luis Potosi plant in Mexico, along with the new Series 2 Coupe and Series 3. As a result, BMW will employ an additional 800 workers at that plant and launch another shift.

More in this category: « New Bentley Continental GT S The EP supported a ban on the sale of petrol and diesel from 2035 »