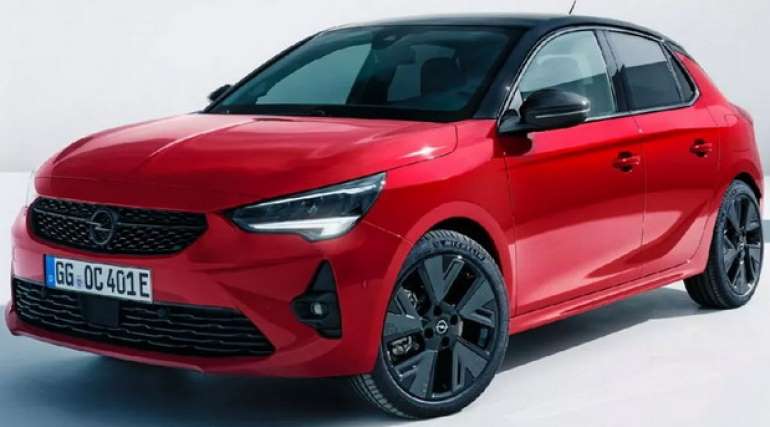 The original Corsa A entered the scene in 1982, and to mark the 40th anniversary of its collection, Opel will launch a special edition in a certain retro "taste".

Namely, the German hatchback from the B segment is painted in "Record" red, which is a shade that adorned a distant ancestor from four decades ago. To provide an attractive two-tone look, the roof is black, while the "floating" theme is achieved by darkening the A and B pillars, as well as the upper part of the rear pillar.

Opel will sell the Corsa 40 Years with 17-inch wheels in a glossy black finish with matte accents. To further emphasize the two-tone exterior theme, the front grille and mirror trim come exclusively in black, as does the rear roof spoiler. The icing on the cake consists of 3 darkened badges.

When it comes to the interior, the Corsa 40 Years evokes an ancestor with tartan upholstery, which was a common solution in European cars of the eighties. To be completely "in shape" with retro seats, you can already buy socks of the same patterns, which are also produced in a limited series.

As for this edition of the Opel B-segment, each of the copies will receive a plate with an individual number, from 0001 to 1982. It is located on the passenger side of the dashboard on a black background with a red insert.

Being a special edition, the Corsa 40 Years comes "packed" with rich standard equipment, from automatic LED lights and Apple CarPlay / AndroidAuto connectivity, to safety systems such as head-on collision warning with automatic braking and pedestrian detection.

The best-selling car in Germany last month, when the Corsa was the most popular electric car, generated a total sales of 14 million units since its inception 40 years ago. Currently in its sixth generation, the sister model Peugeot 208 / e-208, in a special edition, will be on sale in the weeks ahead, in selected European markets.

More in this category: « Production of the Hyundai Veloster ends in July BMW M3 Touring and officially »