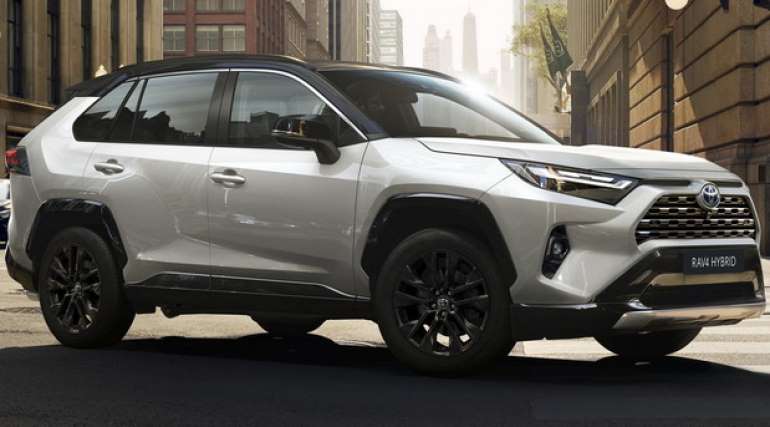 The current, fifth generation Toyota RAV4 has undergone a number of modifications in the European market.

First of all, the refined RAV4 features a 12.3-inch digital instrument panel, a 10.5-inch infotainment system screen and an improved Toyota Safety Sense package, according to Carscoops.

The RAV4 thus gets a new 10.5-inch high-resolution touch screen that has already been introduced in other Toyota models, including the Corolla and Corolla Cross. The new infotainment comes standard with Android
Optionally, the system can offer multiple functions such as character recognition, weather warnings and low emission zone warnings.

In addition, there is a new, larger and more configurable digital instrument panel. The 12.3-inch unit is standard equipment in all packages, except for the basic equipment, which received a smaller version of 7.0 inches. The screen has four modes (Casual, Smart, Sport and Tough) and three layouts, which allows the driver to personalize the look to his liking.

The upgraded Toyota Safety Sense package should also be mentioned. The Pre-Collision system now has support for safer turning at intersections, while in the Plug-in Hybrid version, the system can detect oncoming vehicles in the SUV's traffic lane.

Toyota has also added steering assistance that can avoid pedestrians, and with the Plug-in Hybrid it also includes additional recognition of bicycles and parked vehicles.

The only exterior change for the 2023 model year is the addition of Platinum White Pearl paint throughout the Plug-in Hybrid and Hybrid palette (excluding Adventure equipment), along with a two-tone option and a Midnight Black metallic roof.

In terms of powertrains, the range is portable, including a 2.5-liter hybrid that produces 160 kW / 218 hp with front-wheel drive and 163 kW / 222 hp in 4x4 form, plus a more efficient Plug-in Hybrid with 225 kW / 306 hp and standard all-wheel drive. Not to mention the outgoing 2.0-liter petrol variant, with Toyota focusing on electrified options.

The 2023 Toyota RAV4 will go into production in the third quarter of 2022, but the Japanese manufacturer has not yet announced prices for this refined model, Carscoops concludes.

More in this category: « Alfa Romeo Giulia Special The following year, the first joystick control system came to the cars »