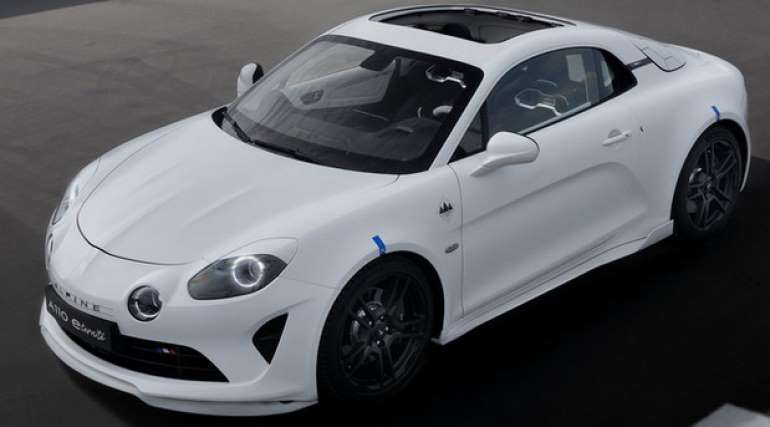 French Alpine presents the electric A110 E-ternite Concept, as an announcement of the future of their electric vehicles.

This is also a hint of the techniques that Alpine's next-generation cars will use to reduce weight and maintain agility.

Unveiled on the 60th anniversary of the Alpine A110, the A110 E-ternite Concept is not only their first electric car, but also a vehicle with a removable roof section. That roof section has minimal impact on the rigidity and silhouette of the car.

The A110 E-ternite Concept isn't specifically said to herald the 2025 A110 EV, but it showcases the brand's commitment to the coupe's beloved formula: compact, lightweight, dynamically capable and engagingly quick.

As a "rolling laboratory", Alpine engineers are using the E-ternite to explore ways to electrify their flagship sports car. The company describes it as a kind of "restomod" and says it serves as "a bridge between a prestigious past and an even more ambitious future."

Based on the same chassis as the current production car, the E-ternite uses batteries from the Renault Megane E-Tech, whose CMF-EV platform will also be the basis for the Alpine electric crossover.

Alpine claims the A110 E-ternite Concept weighs 1378kg. If the eventual production A110 EV weighs anywhere near that much, it could be one of the lightest production electric vehicles. That's not only good news for its handling characteristics, but also for its efficiency: Alpine claims a range of 420 km per charge.

In terms of performance, the rear-mounted electric motor produces 239 hp and 300 Nm of torque. Acceleration from 0-100 km/h takes 4.5 seconds, while the maximum speed is 250 km/h.

Alpine worked with Getrag to adapt the automatic transmission from the petrol A110 for the new electric drivetrain.

Apart from the open roof and tweaked rear window, the Alpine A110 E-ternite Concept is visually identical to the standard car, including the cabin.

The roof panel is designed and manufactured in-house and is partially constructed using recycled carbon fiber for optimal stiffness and weight.

Alpine does not reveal how much money or time was invested in the project, but it stated that the overriding goal was "to electrify future Alpine vehicles, and why not start with the A110, as a model of sporty character known for its light weight and agility, within a realistic budget."

More in this category: « Citroen Ami: Success that knows no bounds Tesla's revenues in the second quarter exceeded analysts' expectations »