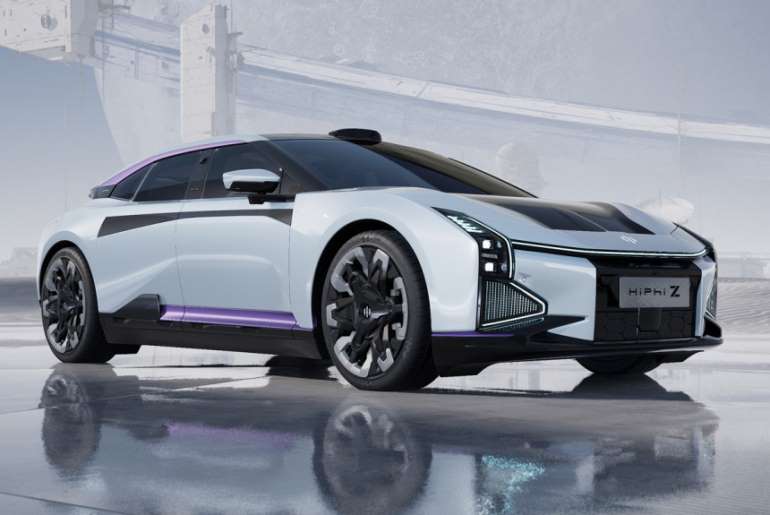 The right to the HiPhi brand, which is relatively unknown to us, is held by the Chinese company Human Horizons, which was founded only five years ago. It was created by entrepreneur Dean Lei, who has been working hard in the automotive sector for almost forty years. He started his career in the joint venture Shanghai Volkswagen, and later moved to the SAIC concern. He participated in the development of the LeSEE electric car project and is one of the founders of the Shanghai Free Trade Zone.

The research and development center of the company Human Horizons has been trying to deal with the most technologically advanced and prestigious electric cars since its beginnings, and now we see that the sweat was not wasted! 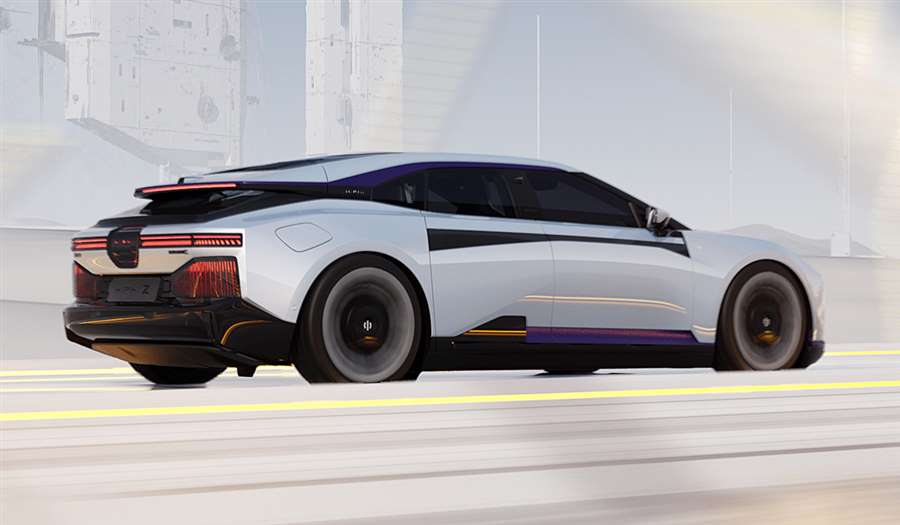 The first born of the brand is a large crossover called HiPhi X and it will be offered at a price of 570 to 800 thousand Chinese yuan, which is equivalent to the sum of 85 to 119 thousand dollars (almost the same value of dollars and euros lately). This model entered the Chinese market in May 2021 and very quickly became the most popular car with a price exceeding 74 thousand dollars (half a million yuan).

During the first twelve months of sales, this model occupied more than a quarter of the market because over six thousand copies were delivered, i.e. more than the eminent rivals that we know by the names: Porsche Taican and Audi e-tron, among others.

The company's second model, the HiPhi Z sedan, should strengthen the company's position according to the management's expectations. The production version was launched in June when we saw it for the first time, but now the order book has been opened, and the technical specifications have been announced, as well as the price of the newcomer of 600-800 thousand yuan ($89-119 thousand).

Yes, it is necessary to allocate more money for a sedan, but its appearance brings a different impression. They are based on an identical platform, while the designers managed to bring more avant-garde compared to the already futuristically styled first model in the form of a model with a higher ground clearance. 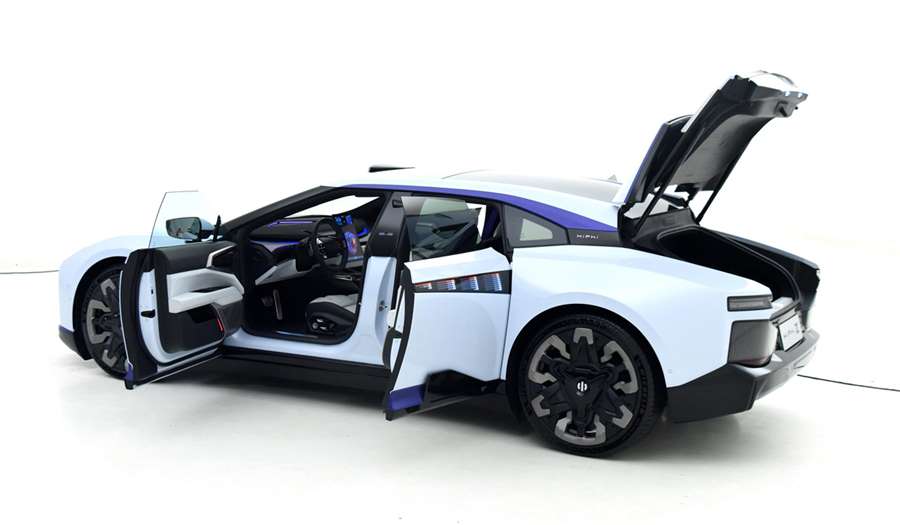 What is the one and only multi-level lighting? The HiPhi Z already offers adaptive laser front light clusters from the entry-level equipment package, which, just like the most expensive Mercedes models, can display directional, navigational instructions on the drum. The large blocks of matrix cells on the back of the vehicle are also able to transmit different emoticons and hints as well.

Also, the light panels are located on the doors, so as such they are suitable to welcome passengers, show the level of remaining juice in the batteries, and can bring other messages to users that are adapted to the occasion.

The newcomer from Asia is comparable in terms of size to the status liftback that responds to the name of the Porsche Panamera, but the luggage space of the protagonist of this story is still separate. The length of the sedan is an impressive 5,036 millimeters, while the width is at the level of 2,018 mm, and the height is 1,439 mm. The wheelbase of 3,150 mm even surpasses that of the aforementioned Panamera (3,100 mm).

Factory installed wheels integrate 22-inch rims. The body is made of aluminum and steel, while the windows on the doors are frameless. The back door opens in the opposite direction from what we are used to. Although the crossover offers lifting parts of the roof, this is not the case with the sedan.

In fact, there are no rear windows either because they have been somewhat replaced by a panoramic sunroof of extended dimensions, and again, the lower edge of it is still set high, so the point of having a built-in rear-view mirror is very questionable.

A folding spoiler is installed on the trunk lid, so in this whole style mess, the conservative exterior mirrors seem smaller on the chest of today's men, that is, they leave the impression of atavism. This will change when Chinese regulations allow the implementation of a camera in this location, which is currently not the case.

The passenger cabin offers the possibility of accommodating up to four people in individually styled seats, although the last couple is deprived of the possibility of generous adjustments. On the front panel there is only a large centrally placed screen of the multimedia system. It can turn up to 90 degrees, just like in BID electric cars.

Instead of instruments, a large projected screen was implemented. Almost all the buttons in the cabin are touch-sensitive, including even one on the steering wheel rim, while the windows move electrically.

The chassis features double wishbones at the front and multilink at the rear. The base package also includes adaptive air suspension, while a rear-axle pusher is available for an extra charge, by which I mean actuators that allow the rear wheels to move up to 13.2 degrees, just like the Mercedes S-Class, only much better because it's a Schwab feather able to "pivot" up to only 10 degrees.

The Chinese are also bragging about the HiPhi Pilot system, which is the commercial name for a level 3 autonomous driving system. It has a front lidar that is located on the roof and offers a range of 250 meters. The situation around the vehicle is monitored by thirteen cameras, twelve ultrasonic sensors and five millimeter radars.

From the very beginning, the Human Horizons company has been developing a data exchange system between vehicle computer systems and other cars as well as road infrastructure (V2X protocol): all models of the HiPhi brand offer electronic solutions of this type.

As for the powertrain, we must say that the HiPhi Z sedan is powered by two electric units, one on each axle. Each of them develops 336 horsepower, so a total of 672 "throats" are offered. The traction battery offers a capacity of 120 kWh compared to the crossover's 97 kWh.

Therefore, the declared autonomy of 705 kilometers is in accordance with the Chinese CLTC cycle. The electric car from China has a net weight of 2,539 kilograms and can accelerate to a speed of 200 km/h.

Sales of sedans named HiPhi Z will begin in the territory of the People's Republic of China at the end of this month, and as usual, the most expensive version will be in the windows first, while those with exclusively rear-wheel drive will become available later. There will also be a cabin with five seats and other simplifications that will bring a lower price tag.

Tagged under
More in this category: « Lamborghini sold out until the end of 2023 The new Skoda concept heralds a radical change in the interior »