Aug 16, 2022
The new Skoda concept heralds a radical change in the interior 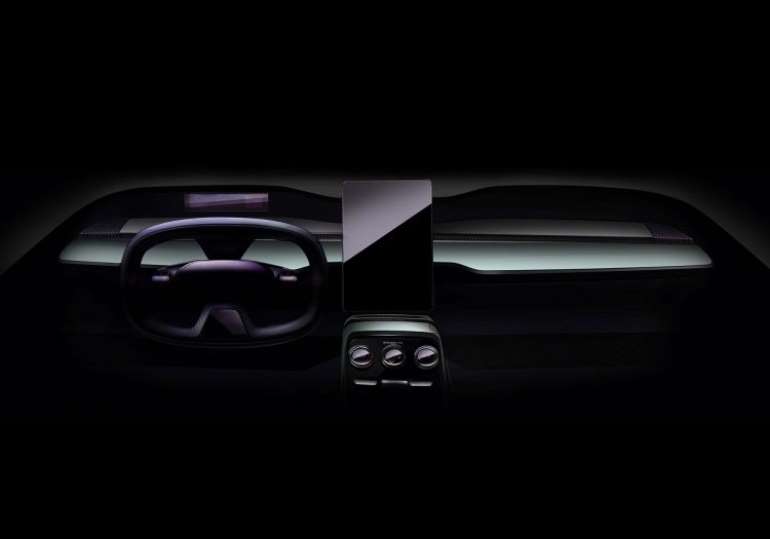 One of the great things about the current Kodiaq and Superb models is Skoda's previous interior design that includes a multimedia screen integrated into the center console, while in other models this display is in the form of a tablet that "protrudes". Things seem to be even more radical as the first teaser photo of the new Vision 7S concept announces.

Skoda has just published the first teaser photo of the new concept, which shows a vertically positioned screen of the infotainment system, which is a solution we are seeing for the first time with the brand from Mladá Boleslav.

And while traditionalists won't like the design, there are some extenuating circumstances like the air conditioning controls that aren't integrated into the massive screen. The rectangular digital instrument panel will be easily visible as Škoda has designed a new steering wheel that is beveled at the top and bottom.

It seems that the company that is known for always playing it safe when it comes to design, has now decided to be bolder when designing the next generation vehicle.

As for the Vision 7S concept itself, it should come as no surprise that it is an all-electric car. It will have room for seven passengers, and should be indicative of the Czech company's new design vocabulary. In addition, this concept should also be the basis for one of three new Skoda electric models arriving before the end of 2030. All will be smaller and cheaper than the Enyaq.

The world premiere is scheduled for August 30, when we will get the first impression of the new Škoda interior, which is designed to be minimalist but also functional.