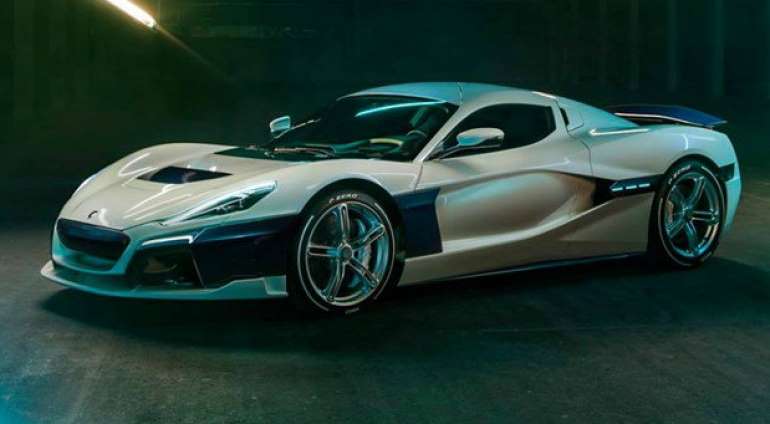 Rimac Automobili announces that it will soon begin mass production of their C_Two model. The pessary phase of production began in December.

"I walk here and see how after 10 years of blood, sweat and tears, all this is coming together - what a feeling. Pre-series production is growing and we are preparing to produce cars for customers. Hats off to the people who made this happen. All their signatures will be on to every customer's car - both figuratively and literally, "Rimac wrote on Facebook.

"We are looking to the future. We started production of pre-production vehicles in December, and now we are progressing towards serial production of C_Two. Pre-production cars will be used for further minor adjustments, homologation and durability tests, trim experimentation, NVH adjustment and global rating We have an important year ahead of us. We appreciate your support at every step, "Rimac Automobil announced at the beginning of the year.

Mate Rimac himself wrote on Facebook that, if everything goes according to plan, he will produce numerous cars in this line in 2021.

Assembling each C_Two car will take approximately five weeks, halving production time compared to the principle of static off-line production, used by some other supercar manufacturers. The new process will enable the construction of four final production vehicles per month at full capacity.

However, in Rimac, the production process begins much earlier before assembling the finished components on the line, since a large number of components and systems are produced in the factory in Sveta Nedelja and Veliki Trgovišće, after which it is delivered to the vehicle assembly line.

The complete homologation procedure without any shortcuts, from the first concepts, through complete prototypes to cars on the road, is a three-year process. With the introduction of the new production line, Rimac Automobili will deliver the first cars to customers in 2021, unlike the original plan before the covid-19 crisis, which foresaw deliveries in 2020. The final design and name of the car will be revealed this year.

Tagged under
More in this category: « The Mercedes-Benz GLE gets mild hybrids in the diesel range Soon and Hyundai Bayon »