Feb 01, 2021
Volkswagen has opened a plant for recycling car batteries 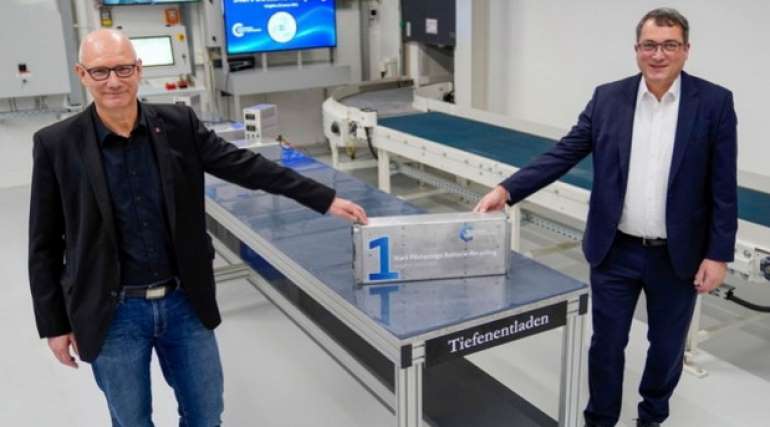 The plant is located in the German city of Salzgitter and has started a recycling pilot project. The goal of the project is to take old lithium-ion batteries used in cars and extract useful raw materials such as lithium, nickel, manganese and cobalt, and to extract aluminum, copper and plastic. In this way, in the ideal scenario, up to 90% of all battery components could be recycled.

Only car batteries that can no longer be used for any other purpose will be recycled in this plant. Namely, during this kind of ecological care, an analysis will be conducted. It will show whether the used battery is still capable of providing enough voltage for its "second life" in long-term energy storage systems, mobile vehicle charging stations and the like. If the analysis shows that the battery is no longer suitable for that, it will be sent for recycling to Salzgitter.

For now, as part of the pilot project, it is possible to recycle up to 3,600 batteries from electric cars a year in this plant. As e-vehicles gain in representation, so will the recycling drive, designed so that its capacity can be increased. Only by the end of this decade, they say from Volkswagen, will the recycling of batteries be carried out in significant quantities here.

What is important for this process is that it is in line with the environmental goals of the Volkswagen Group. VW plans to thoroughly discharge the batteries in the recycling process and disassemble them into their component parts. They are then ground into granules and dried, resulting in the so-called. "black powder" - composed of lithium, nickel, manganese, cobalt and graphite. These elements are separated from the powder by chemical hydrometallurgical processes, dissolution in water and chemicals, which will be carried out by several partners for Volkswagen.

In the end, raw materials for the production of new battery cathodes will be obtained from valuable materials from old batteries. VW calculates that by using recycled materials and renewable energy sources when making a new average car battery, with a capacity of 62 kWh, it will save 1.3 tons of CO2 that will not end up in the atmosphere.

Tagged under
More in this category: « Toyota sold the most cars in 2020, overtaking Volkswagen Introduced Cadillac CT4-V Blackwing and CT5-V Blackwing »