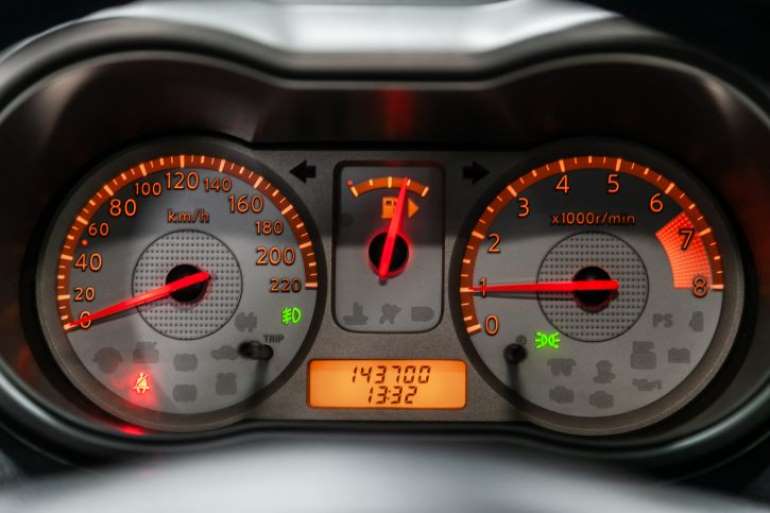 Mileage recovery is one of the most common scams on the used vehicle market that can pretty much damage the customer. It is so common that now when buying a used car, it is understood that what is written on the kilometer-hour is certainly not true. That is why it resorts to other checks that could reveal real mileage, such as the wear of certain parts that are most often used - seat belts, seats and the like. Although these parts can be replaced.

In the EU, drivers usually change their cars every three to five years, which means that they buy a newer car at least two to three times in ten years. So, it is clear that this is a very large market and an extremely diverse offer, both in terms of prices and mileage.

In our country, the situation is much different, because the average age of vehicles in Serbia is as much as 17 years. Almost all imported cars have their mileage returned in order to achieve the best possible price.

It is known that in the EU, mostly mileage is covered, so it is not surprising that the average driver in Germany covers more than 60,000 km a year, often more. When, after 3.4 years of use, he decides to replace it, although he is still "young" in terms of age, such a car can stand on the watch of more than 200,000 km. As such, it cannot be worth as much as it would cost to write on a watch, say 120,000.

This is where sellers enter the scene, hunting in the dark by returning the mileage before the sale. They also benefit from the fact that identifying the person responsible for changing the mileage is legally very complicated.

We have even heard of the case of a car owner who returned the mileage to 124,500 on all vehicles on offer, because, as he said, he cannot remember for every car he sells, and this way when customers call and ask him, he always has a ready "correct" answer.

CarVertical, the largest platform for checking car history, did a survey to find out which cars are most often cheated with mileage. They analyzed more than 570,000 reports on the history of cars, and the research also showed how much the buyers of vehicles with returned mileage lose.

The absolute dominance of diesel

The assumption that diesels travel several kilometers proved to be correct, which is why most fraud with mileage happens on cars with a diesel engine. Their share is almost three quarters (74.4%) of all reports on the history of cars with observed changes per kilometer-hour.

As expected, the fewest cases of mileage were observed on electric and hybrid cars, only 0.6%.

An easy scam for big money

The main reason why mileage scams are so common among car scammers is earnings. Namely, the return of mileage can be done very cheaply and quickly, even on well-protected cars with modern software.

On the other hand, depending on the age and condition of the second-hand car, returning the kilometers can raise the price of the car by up to 25%, according to the research of carVertical.

Kilometers are most often returned on older premium cars from German manufacturers, such as Mercedes, BMW and Audi, and on average about 80,000 kilometers are lost.

In vehicles manufactured between 2016 and 2020, an average of about 36,000 kilometers were "taken off". Research has shown that frauds with kilometers can sometimes lead to a return of more than 200,000 km.

All this shows that buying without a known vehicle history is a risk that can cost you up to a quarter of the price of the vehicle. A service history report can reveal some facts that will help you avoid a poorly maintained car, but also provide a certain advantage when negotiating.

In any case, mileage scams are most common in Central and Eastern European countries, while they are less common in Western countries.

Tagged under
More in this category: « STATISTICS SAYS: For more and more accidents, it is the fault of drivers who drive slowly! These are the best-selling models in Europe: Peugeot has overtaken VW »