New EU tire labels from 1 May 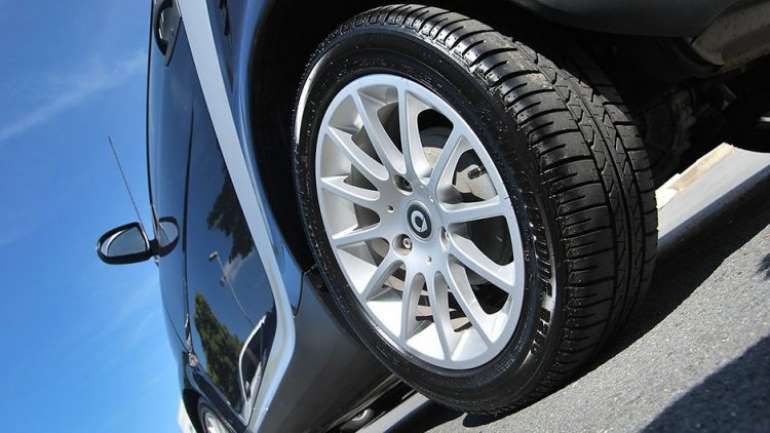 The EU tire label, introduced in November 2012 as a binding label, shows rolling resistance (fuel consumption factor), rain grip and noise, and the new one from May 2021 is clearer, more interactive and clearer…

Autoportal writes that tires, that is, tires, are the most important part of a car, because only with tires, with an area of ​​four human palms, does a car touch the ground (road). This allows you to drive on the desired path and ensures handling, stability and braking of the car.

Driving tires create rolling resistance, which directly affects the car's driving characteristics and fuel consumption and noise, and at the same time wears out. It is a kind of necessary evil, because it creates negative work (mechanical losses), which worsens the car's performance and increases fuel consumption. The rolling resistance of the tire cannot be abolished, but it can be reduced.

Rolling resistance makes up 10 to 30 percent of driving resistance, depending on the speed and slope of the road, engages as much effective energy of the car engine and directly affects fuel consumption.

The smoother and harder the tire, the lower the rolling resistance, but also the worse the grip. Especially on wet and slippery roads. Traction in the rain, which creates slip resistance and shortens stopping distances, is extremely important for steering and driving safety.

The third feature of a car tire is noise when driving, because when the tire rolls, vibrations and sound waves, from the contact surface, are transmitted to the cabin and affect driving comfort. Tire noise has a detrimental effect on the environment, especially around highways. But it does not affect driving characteristics and safety.

In November 2012, EU legislation prescribed that every tire must have markings that show what characteristics car tires have according to these characteristics (rolling resistance, wet grip and noise).

Rolling resistance has so far been classified into seven categories (A, B, C, D, E, F, G) with the proviso that it has been divided into two areas, each with three gradations - good (A, B, C) and bad (E, F, G). D was an empty area, a kind of buffer zone. Noise was vividly described by sound waves - one, two and three, with quantification of the maximum noise intensity, by the number of decibels (dB).

The new EU mark, a binding label on every car tire, or classification, which comes into force on May 1, 2021, is more logical and clear. The grades of rolling resistance and grip on wet roads are divided into five categories, with A being the best. Categories A, C and E are marked with colors as on the traffic light - green, yellow, red, and B and D are intermediate colors - light green and orange.

According to the new, the noise level is marked with A, B and C, from the smallest to the largest. The new EU label also introduces a separate classification for snow tires (symbol of Triglav with a snowflake) and ice (spike with ice). Additional information on the tire label is the type designation, with the item number, adapted to the standard sales network.

Tagged under
More in this category: « The Spanish government subsidizes the purchase of electric vehicles You’ll never guess what the Chevrolet Camaro is having trouble with »