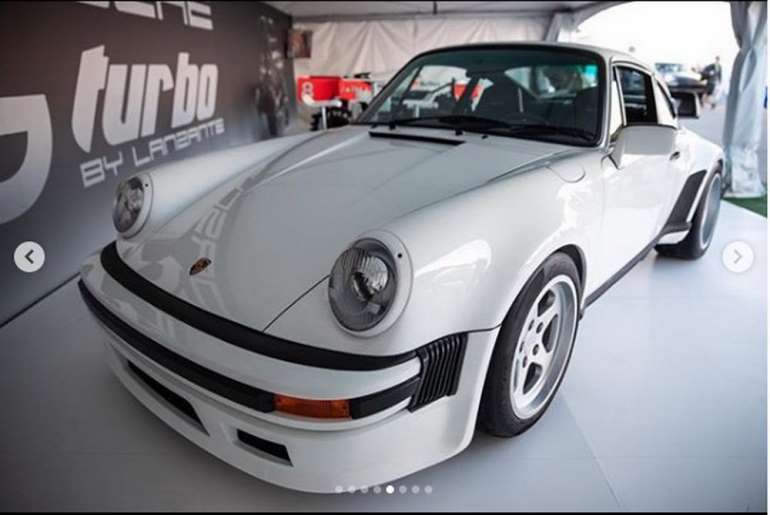 But really crazy. And absolutely.
You don't believe it?
Take a look at the text…

Singer Vehicle Design… Magnus Walker… Kaege… Rauh Welt Begriff (or RWB)
These are all companies that base their games and games on a single car. The legendary "elfer" or more simply, the Porsche 911.

It is therefore worth concluding that fans of this legendary model from Zuffenhausen will never be short of choice - especially if they have deep pockets and thick wallets.
But all of the above "resto-moderi" have one minor problem: they have nothing to do with Formula 1. At least not directly. And that is why this text is a car that, according to everything, in a series of a total of 11 copies should overshadow all the above companies and their works.

For those of a slightly older production date, for whom Porsche is not just a mere adoration of technology and design stubbornness, Formula 1 will be a completely natural link to this famous brand. The same goes for driving legends made up of Niki Lauda, ​​Alain Prost, Keke Rosberg, Steve Nichols and John Barnard as the constructors and Ron Dennis in the form of the eternal boss whose red and white cars practically destroyed the competition on tracks around the world within the craziest octane circus on the world.
And thus Marlboro as the main sponsor, and McLaren and Tag as the signatories of the car and engine technology form the second part of the legend of MP4 / 2 and MP4 / 3, ie the legendary cars from the famous and interesting history of Formula 1. 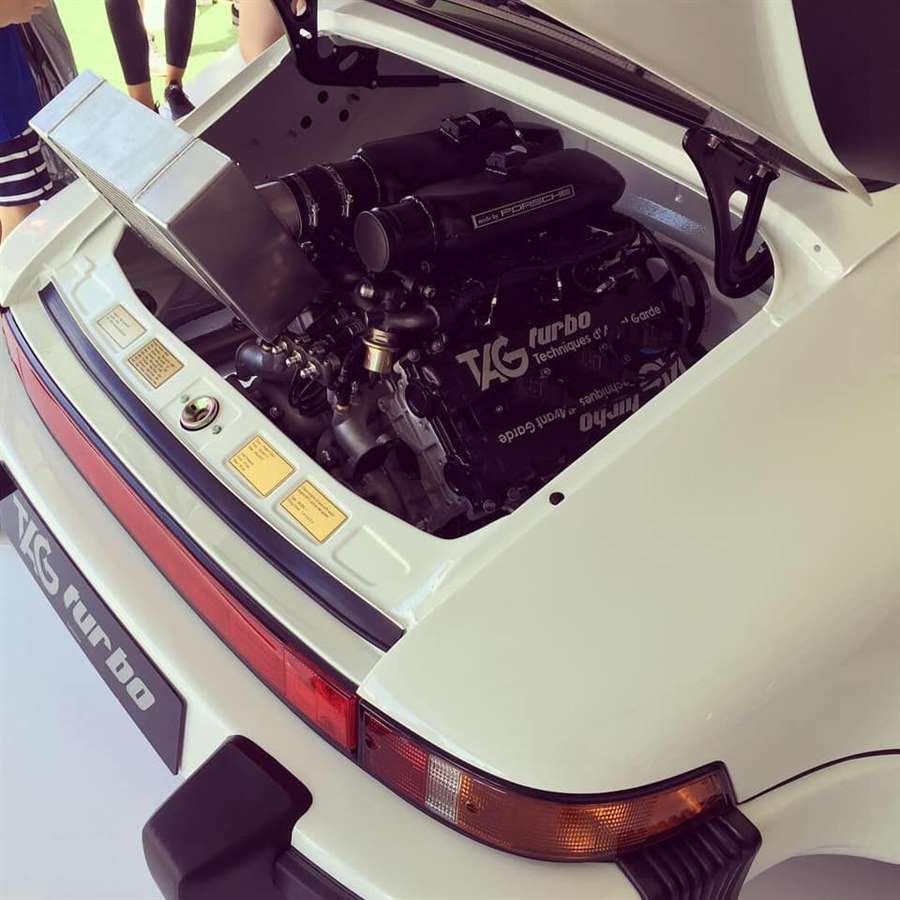 Do you see in which direction this story is going?

Basically, when McLaren is mentioned in public, the link to Porsche is not lacking. Because in the world of Formula 1, it was these two names that turned out to be Siamese twins. Admittedly, today McLaren and Porsche stand on diametrically opposite sides of the car world and make each other a competition, but that doesn’t matter now.

What it is, however, is the third company to decide to merge myth and legend in real time.

The company is called Lanzante and has been associated with McLaren in one way or another (read: in the real world and as part of the one that involves racing) for decades.
The myth is called the Porsche 911 Turbo, and the legend is still in its infancy, although it has been present for many years.

Sometime in the mid-1980s, a disturbed team in a Porsche came up with the idea to install a real engine from the then Formula 1 car in a "simple" 930 Turbo.

It is a V6 engine with only 1.5 liters of volume, which in its qualifying edition far exceeded the figure of 1,000 horsepower.
akle, it really was a real engine that was jointly signed by Porsche and TAG, and with which Niki Lauda, ​​Alain Prost and a few other F1-legends broke lap records wherever they appeared.

For many years this 930 Turbo was just a rumor. A story with which fans of the Porsche surname scared Ferrari lovers. An urban legend like Babaroga, Babadooka or that little shaggy one who comes out of the well every now and then and kills Japanese VHS hipsters. But a few years ago, this Porsche confirmed the legend in reality within the showrooms of McLaren's surgical clinic in Woking. And surprisingly, from then until today, there have been no violent reactions to this mobile disease.

… And so on until today, when this Porsche "Widowmaker" from McLaren gets permission to kill, and from the company Lanzante and the possibility of moving from the domain of epic songs to the reality that surrounds us. Because Lanzante plans to shove the TAG-Porsche_F1-monstrous under its tail and produce a total of 11 copies of this "elf" with the God complex.

By all accounts, the car world could soon get one of the most recognizable models of all time combined with one of the sickest engines of all time. And with that, the already iconographic Porsche 930 Turbo could truly become the most special Porsche car of all time.

By doing so, greats and geniuses from RWB, Singer and others could fall into the shadows. Because given the 1,000+ horses and the screaming of tiny pistons from the V6 engine at as much as 9,000 rpm, it wouldn’t be wrong to conclude that sicker than this just doesn’t go.

So even though no one has a clue about the actual performance of this weird white monster at the moment, it doesn’t really matter that much. Because nowadays to produce something like that is a display of a kind of madness.
It is sociologically incorrect. Politically as well, and not to mention ecology and similar branches that people emphasize. And that's why this Porsche 911 Turbo is simply a white whale, ie a mythical animal sung as part of literary works, and one of those oversized organisms that many still fear today, but it is still more people appreciate.

And we already adore him because of his very existence!

Tagged under
More in this category: « Kia Sorento winner of Red Dot and iF design awards The new Opel Manta will have an unprecedented digital grille »