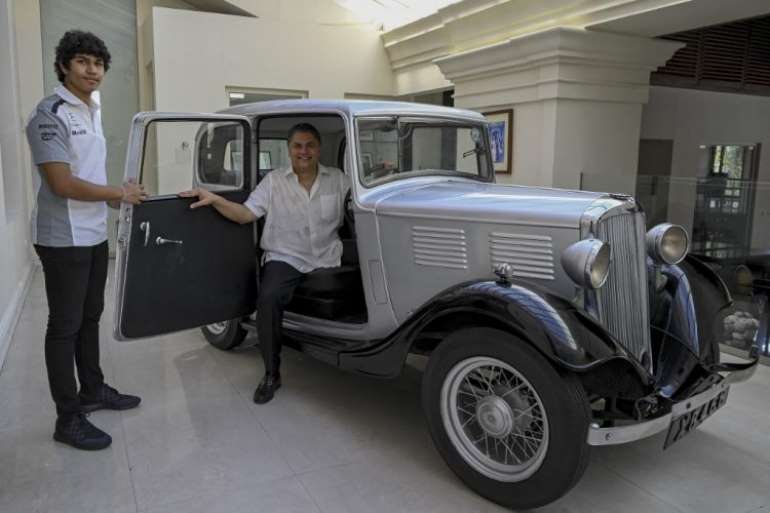 The nearly 90-year-old car, which once belonged to the recently deceased British Prince Philip, is on display in a museum in Sri Lanka, where it is considered a central exhibit.

The Duke of Edinburgh, who will be buried tomorrow, was a big fan of cars, and he bought the "standard nine" from 1935 for 12 pounds during his stay in the largest city of Sri Lanka, Colombo in 1940, as a member of the British Royal Navy.

"When he returned in the early fifties, he came and looked at the car. He said that he hoped that the brakes were correct because they were not there before, "said Sanjiv Gardiner, who kept the car in his hotel" Gal Face "in Colombo.

Gardiner said Prince Philip admitted that the car was the first vehicle he bought. The Duke of Edinburgh became the patron of the Motor Vehicles Club "Standard".

The Gale Face Hotel is one of the oldest in the former British colony, and the museum is built around a silver-and-black passenger vehicle.

Prince Philip failed to lower the price of the used vehicle, although he managed to pay in two installments within a month.

According to the documents kept in the museum, Prince Philip drove the mentioned car for the first time from Colombo to the naval base in Trikonmalia, which is located 260 kilometers from the largest city of Sri Lanka.

"The car has covered 93,040 kilometers, has been restored several times and can still be driven, but the insurance costs are high, which means that it is no longer used," Gardiner told AFP.

Gardiner's father Cyril bought this car in the early 1950s. He rented a "Cadillac" to the royal family, in which Prince Philip and Queen Elizabeth II rode during the first official visit to Sri Lanka in 1954.

According to Gardiner, the restoration of two cars used by members of the royal family is underway.

Prince Philip, who passed away last week at the age of 100, was a great lover of cars and often drove them himself.

However, in 2019, he handed over his driver's license after a collision that caused his car to overturn and in which two more people were injured.

The coffin in which the Duke of Edinburgh will be buried will be driven to the Windsor Castle tomorrow by a "Land Rover Defender", a vehicle designed by Prince Philip.

More in this category: « The new Opel Manta will have an unprecedented digital grille New era: Renault will no longer develop diesel engines »