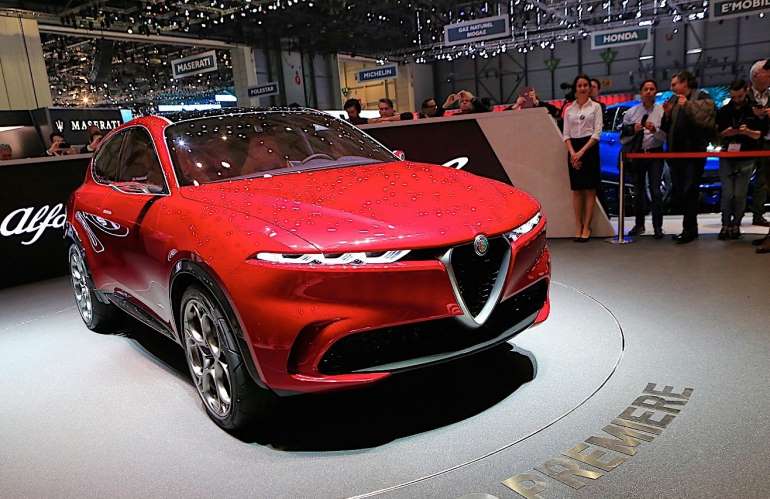 A new rumor from the sunny Apennine Peninsula.

Tonale is a model that is talked about so much and often, and it is still not presented in serial form. The car that is supposed to officially start the Alfin Revival was to be shown during this year.

However, the new head of the Italian brand, Jean-Philippe Imparato, was not satisfied with the performance of the plug-in hybrid variant, so he decided to postpone the premiere until the car and the whole assembly were perfected.

However, the latest news from the other side of the Adriatic Sea indicates that Alfa's management is in a hurry to present the novelty. It has already been announced that the full premiere of Tonale will take place at the next Geneva Motor Show, which will be held in February 2022.

Italian car journalists believe that Alfa will disclose the first official photos of Tonale at the end of this year, while all information or the complete debut will be reserved for the Geneva Motor Show.

Let us remind you, Tonale was presented in conceptual spirit in 2019, and then it was announced as a replacement or successor for Giulietta. That was at a time when the FCA alliance still existed, now, under Stellantis, different plans are underway.

With the arrival of Tonale, Alfa will return to the C segment from which it stepped out after the production of the aforementioned Giulietta was completed. However, the new management also wants a traditional hatchback in this class, but so far there has been no official information about such a vehicle.

Tagged under
More in this category: « The Bentley Bentayga SUV has the biggest carbon wheels Bentley is celebrating a record half of 2021 »