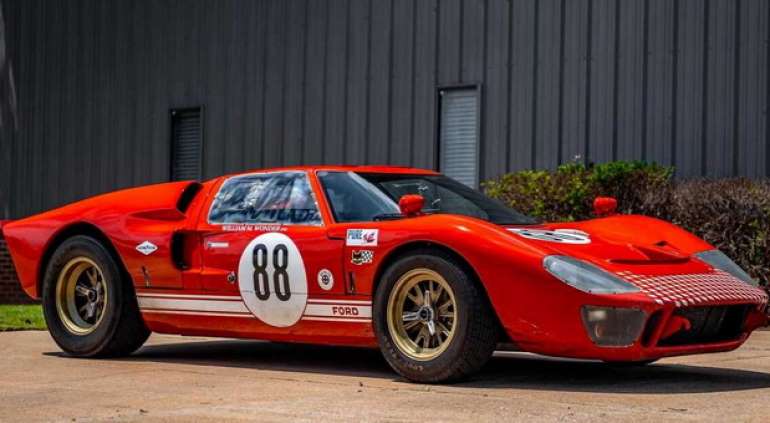 One car used to shoot the movie "Ford v Ferrari" will be sold at auction.

The movie "Ford v Ferrari" appeared in cinemas in 2019, and won two Oscars. It is a passionate and exciting drama about the battle between Ford and Ferrari at the 24 Hours of Le Mans race in the late 1960s, and now wealthy fans can own one of the used cars.

In fact, it is one of the six replicas of the Ford GT40 used during the filming, and the car will be sold at auction in September.

This car carried No. 3 Gurney Day in the 24 Hours of Le Mans race scene and then No. 88 by William Wonder for the 24 Hours of Le Mans race scene. It is one of six cars made by Race Cars Replicas in Michigan for the purpose of shooting the film. The replicas have the precise specifications of the 1966 Ford GT40, and it is also the only car with a chassis number which means it can be registered and driven on public roads.

The photos show a reddish-orange car with gold rims and stickers typical of race cars. The interior is stripped and done in black, the steering wheel is on the right, and the gear lever is placed between the driver and the door.

The car is powered by a 5.7-liter V8 engine paired with a 6-speed manual transmission through which power is transmitted to the rear wheels. Strength figures have not been revealed, but they should be impressive.

Tagged under
More in this category: « A gem of the classic American automobile industry was found in Pennsylvania Ford GT soon with a new engine? »