The 1600 cc diesel behind the radiator grille with the Fau-We sign is nothing new. Moreover, legends are still circulating about the Golf "Two" 1.6 TD that drove a million kilometers on the cobblestones, towing a tractor with a trailer and all that without a drop of oil in the engine. Yes ... Those were the times ... Elem, all that glory of a 1.6 diesel engine, only to then disappear, forgotten and replaced by the legendary 1.9 SDI, TDI and other something-DI torque factories with direct injection. Three generations of Golfs later, here it is again in a new version under the hood of several dozen of the most popular models from the VAG family.

The task was not easy at all, VW diesel has always had a huge responsibility in Europe, especially in modern times when it was counted on by Audi, Škoda and Seat, and the competition was one step ahead in downsizing, common rail, EGR and DPF systems. While other global companies developed the technologies that are the basis of every diesel engine today, Volkswagen played with the Püme Düse behind the closed doors of its room. The excellent 1.6 HDi, acceptable 1.7 CDTI and unfortunate 1.5 dCi largely ruled the B and C segment on the Old Continent when the German giant regained consciousness and sat down at a table with a pencil, ruler and compass. However, history and experience were on the side of the Wolfsburg company. and the 2.0 TDI BKD was chosen as the basis, a unit that has found its way to more than 100 different cars of 8 world car brands. With it, the 1.6 TDI shares an iron engine block that has its roots deep in the 1970s and petrol engines introduced by its sister Audi. Of course, little else was left from that time, all of which were replaced by an aluminum cylinder head with two camshafts and 16 valves, a common rail with a high pressure pump of 1600 bar and a compression ratio of 16.5: 1. The engine volume is reduced by narrowing the cylinder and shortening the stroke of the piston, while the engine block is lighter by 6 kilograms. 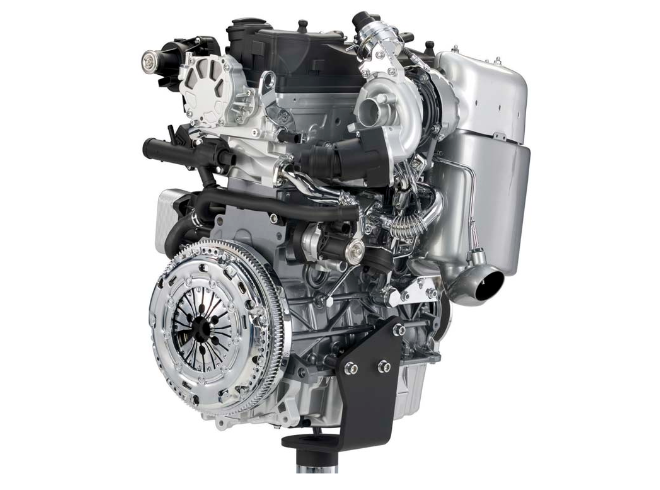 The results were fantastic, the traditionally unarticulated VW diesel proved to be calm and quiet compared to its predecessors, although not as refined as its French and Italian competitors. Fuel consumption as well as emissions were at an enviably low level, especially with the Bluemotion (read Dieselgate) model. The declared average consumption, depending on the model, can be only 3.2 liters per 100 kilometers, so even though we add one liter because we all know that it is not realistic, again, these are results worthy of respect. At the same time, the power is provided almost linearly up to a maximum of 105 German stallions, with a decent torque of 250 Newton-meters. All of this has pushed the 1.6 TDI into a wide range of Volkswagen Group models, from the Polo to the Touran, from the Fabia to the Superb, from the Ibiza to the Altea. The one for whom performance was not particularly important did not have much reason to choose a more powerful 2.0 TDI with which this unit shares most of the components. What this engine, fortunately, does not share with its older brother is the horror story related to the balancer shaft and oil pump completely ruined the reputation of the 2.0 TDI engine, although later CR variants of that unit proved to be significantly more reliable. Unfortunately, the 1.6 TDI is not free of its gremlins either, so many owners dream of EGR nightmares, and this can eventually become a real nightmare due to the resulting problems responsible for engine malfunction, turbine destruction and, in the worst cases, the general. 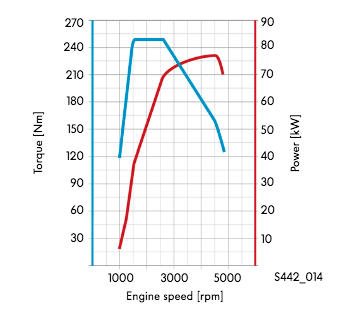 It is important to emphasize that for problems with the EGR valve, as well as quite common situations with clogged DPF, the blame lies with the drivers themselves who do not understand the fundamental principles of operation of diesel engines. Diesels are bought without thinking due to low consumption, and then they drive 4-5 kilometers a day around the city, without ever reaching the operating temperature. This is a basic mistake in the decision between diesel and gasoline and the consequences are not unique to the engine we are talking about here. In other words, the adequate use of such a car drastically reduces the possibility of this type of problem. It is a variant with 8 Piezo injectors whose moving components are lubricated by fuel and therefore with its (in) quality it directly affects the micro damage which further causes leakage and other unwanted consequences. As it always happens, what can often suffer is even more often and expensive, so it would be good to prevent such an epilogue by choosing a quality fuel.

From conversations with mechanics and car owners who run these engines, I concluded that this (and previous) problem is successfully eliminated by frequent oil changes, long-distance driving and the use of the highest quality fuel you can find. However, you can't find anything of very high quality anywhere because most pumps have a lot of dubious characteristics. But even though our area is not very happy in terms of fuel quality, if we canIf you want to avoid a 45-year-old gas station on the edge of an abandoned village, it would probably be wise to do so. Change the oil much more often than prescribed, more precisely every 15,000 km or 6 months, and it wouldn't hurt to give your pet a little inspired driving from time to time so that all systems "blow out" in the narrowest sense of the word.

In the end, I can’t be more divided when it comes to the 1.6 TDI engine. If you bought a new Polo with this engine and drove it on the Ibar highway every day, you probably enjoyed it, and only saved on fuel for the new Passat, without any major maintenance shocks. If, on the other hand, you bought a used Octavia that Rashid used to taxi around Mannheim for years - start saving for a new EGR or a set of nozzles. When I think about it, save for both, it won't be thrown away.

Tagged under
More in this category: « Ford GT soon with a new engine? This is a fantastic Dodge Charger from the movie Fast 9 (GALLERY) »