What awaits us from Citroen by the end of 2022 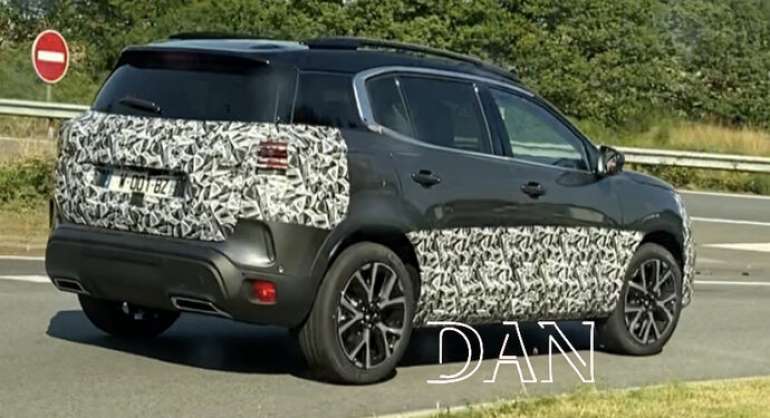 The current year is in every sense very busy for the French Citroën. The company prepared several premieres in the first year of the world, so we saw the restyled C3 Aircross, a completely new model C5 X as well as the restyled C3-XR, which, however, will be enjoyed only by customers from the territory of the People's Republic of China.

However, the Gallic brand does not stop there, and the coming months will be full of new models and celebrations on the occasion of their presentation. The excitement has been going on since September, and we will follow what the French are preparing for us by the end of next year through this text.

Indeed, the first ceremony is scheduled for September 16, at which Citroen will present a version of the C3 model intended for the Indian subcontinent. That hatch will be a heavy burden of responsibility for establishing, reviving and strengthening the brand's popularity in India, as well as in Latin America, where it will be counted on as a "player that changes the course of (market) competition".

Citroën will then continue its efforts to improve sales, followed by presentations of the new C5 X range, when the audience will be introduced to the choice of powertrains, equipment packages and prices that the development team has planned to stick to the new sedan. After the premiere, Citroen plans to open order books, while the vehicle is expected in showrooms just before we get ready for the arrival of the New Year.

We are quite sure that our Perica Rajković will get the opportunity to test a new and completely unusual limousine from France, before the newcomer arrives at our showrooms, and having in mind his "good" relations with the manufacturer, which never lead to any income. We believe that the audience will be especially interested in Rajković's observations in the context of the operation of a system of controlled suspension called Advanced Comfort.

As for 2021, "citroen excitement" is over, but for new bursts of endorphins, fans will not wait further than February 2022, when Citroën will show the washed C5 Aircross. You can see the photo of the masked prototype above, and it appeared on the net a few days ago.

We will see this new C5 Aircross a couple of weeks before we welcome the premieres of the restyled Citroën Jumpy and Spacetourer models. These four-wheelers are expected to have a redesigned vehicle snout, as well as a center console with an emphasis on the instrument panel that should feel a touch of modernism, thus maintaining the demand for cars in the final phase of market life.

Thus, the mentioned two wrinkle tightening operations will precede one straight-line premiere. The novelty we are talking about is a special C4, whose code name is C43 and which will have its debut in April 2022.

This C43 will be just a variation of the C4 model, so it will be in the class, if it can be said at all, of a sedan made in China, but also in Spain. The Madrid factory will deal with it there, so it will be offered by the French brand on the Old Continent as well. With a length of about 4.6 meters, it will be an excellent alternative to the reference Škoda Octavia, which records excellent results across our dear continent.

The grand finale of the first half of 2022 will mark the arrival of the future European version of the urban toddler marked C3. Introduced in the month ahead, the C3 for the Indian and Brazilian markets should roll down the roads there before the end of the year, while it seems illogical that we in Europe will wait almost two more years for the same (as of this moment).
This doesn't make much sense because the French brand will have to rely heavily on electric car sales (including ë-C3, as sales of the ë-C4 and hybrid C5 Aircross will not be enough to enable Citroen to meet rigid emissions requirements. and it is not unreasonable to expect that, in the middle of 2022, the presented C3 will be in active supply even before the end of the next calendar year.

All this before the future C3 Aircross will be presented to those living in India and Brazil in September. The future C3 Aircross will be the second model of the Citroen program with an elevated seating position (the so-called C-cubed program), and will be based on the CMP architecture. This would mean that it will appear in a variant that offers accommodation for up to seven people, as well as that it will be offered in all world-important regions, which of course includes China and Europe. But this story will not unfold until 2023.

The end of the year will be marked by the promotion of the mentioned C43 model, which is an event scheduled for October in France, while the promotion of the C3 model should start in November. Alternatively, that moment could be postponed until January 2023, as we wrote above.

As we can see, after a very "dense" first half of the year, the news from Citroën will not be thinned out, even in the next few months, as there are more promotional events in the calendar. So, fromthese brands should be expected to respond to the current challenges they face, where the most complex is the attempt to succeed in India. In that sense, the formation of the mega company Stellantis is of essential importance, which would enable Citroen to take even more intense international sales results, all in the desire to reach the figure of 1.5 million deliveries, which is the goal set by the management for 2025.

Tagged under
More in this category: « The new Lamborghini Countach is officially unveiled New Mercedes C-Class gets all-terrain version »