Aug 24, 2021
For little money, the Germans build a Lada Niva on electricity 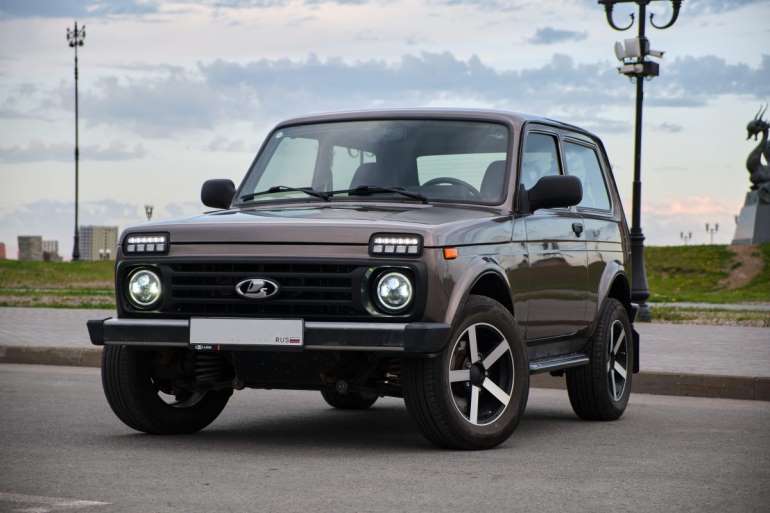 Every car can be redesigned to run on electricity, even the legendary Lada Niva. The famous SUV has been sold since the first day with basically the same engine, which has been modernized several times. About 80 horses were pulled from the 1.7 liter volume and thus fully satisfies all aspects of off-road riding. Almost everything, because those who want to join the electrification trend are certainly not satisfied with this option. That is why the German company offered a version of the electric Niva, which is probably the cheapest electric model on the market.

Thus, after the diesel version, most often at home, the Lada Niva now got an electric variant. It is offered by the German start-up Schmid GmbH, and the electric package is named Elantria, writes Index.hr.

As you can see in the photos, the electric Niva differs visually from the standard only in that there are no pipes in the exhaust system. Under the hood is an electric motor that uses existing mechanics and drives all four wheels. It develops a minimum of more power than a regular Niva, or 88 hp.

The electric set also includes a LiFePO4 lithium-ion battery with a capacity of 30 kWh, which is positioned on the former location of the fuel tank. The range is, depending on the driving style, from 130 to 300 km. The manufacturer guarantees 80% of the battery capacity after 9,000 charge cycles or 450,000 km, which is significantly more than what the Nivas go through in practice.

Of the interesting details, we point out that the drive of this Niva can, if necessary, work as a power generator and drive other devices. It has a 220V socket and power up to 2 kW.

And finally the price. The set will cost you 2,800 euros, and there is also a new electric Niva on offer with a price of 19,900 euros.

Tagged under
More in this category: « Tesla already produces more than 1,000 copies of the Model Y on a daily basis Maserati Ghibli will retire in 2023 »