Aug 24, 2021
WE TEST THE Mercedes GLB: The most compact seven-seater 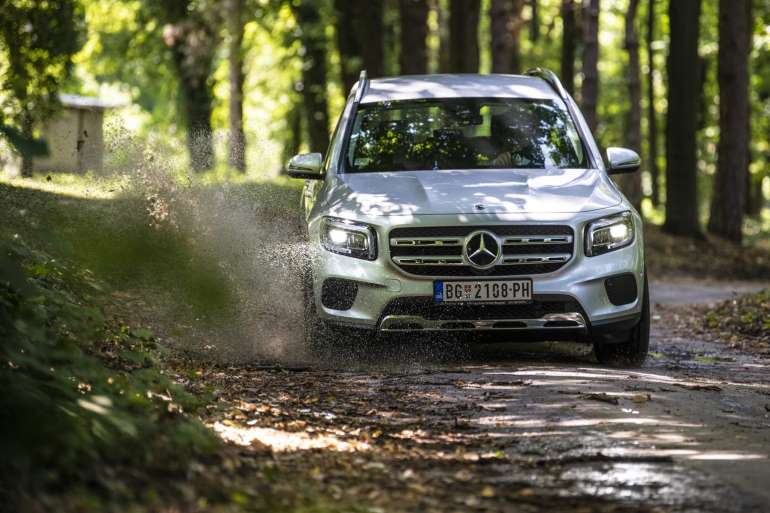 Although Mercedes is one of the smallest SUV models in terms of dimensions, the GLB brings convenience for the whole family. The version we tested with the 200d designation provides enviable comfort, decent performance and moderate consumption.

The Mercedes GLB, which is produced in Mexico, is mounted on the MFA2 platform that it shares with the A-Class, but which has been slightly extended to provide a greater wheelbase.

With a spacing of 2,829 mm between the two axles, it brings much more cabin space than the competition, including the Audi Q3, BMW X1, and Land Rover Discovery Sport.

Although it has a length of 4,634 mm, which places it between the GLA and GLC models, the modern platform has enabled the engineers of the German company to install a third row of seats, which is available as an option.

Third row - only for children

Technically, an adult can be placed on the seat in the third row, but the approach itself is complicated, despite the fact that the second row can be moved by 14 cm. The shape of the body itself allows enough space for the head, even for adults of average height. 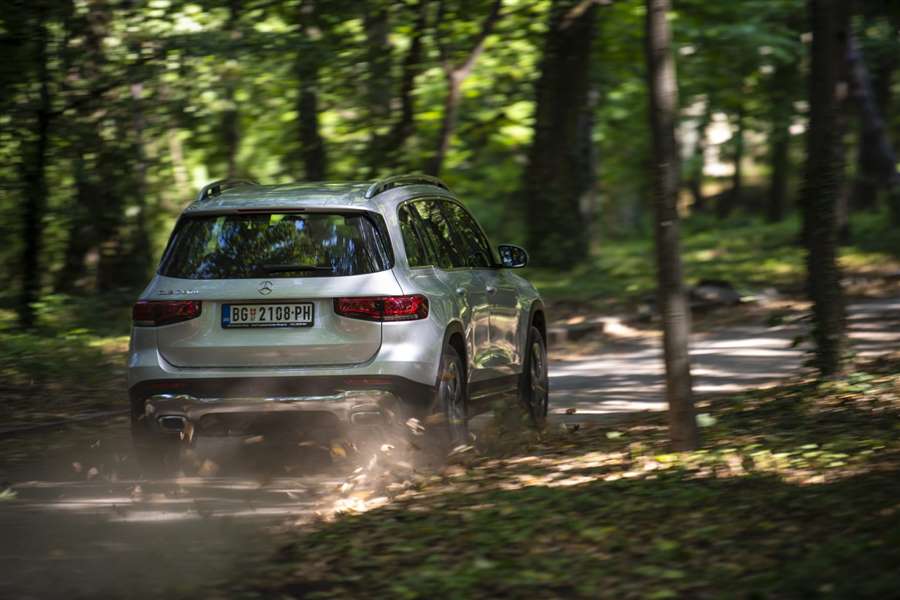 However, the position of the legs is quite unnatural, and when we take into account the fact that there is not much space for the knees, we come to the conclusion that the third row is designed primarily for children. As for the trunk, it is practically unusable when the third row of seats is in function, but when they fold, you get 565 liters of space.

In terms of design, the Mercedes GLB is more about the past than the future, because its body shape resembles the legendary G-Class.

The robust shape along with the modern elements of the German company's design vocabulary make this model very attractive. Unlike most modern SUV models, it does not try to look sporty, but emphasizes practicality and usability.

Although it looks bulky, the Mercedes GLB 200d weighs only 1,600 kg, which in combination with the diesel engine makes it quite efficient in terms of consumption.

On the open road, we recorded a figure of about 5 liters, and if we take into account the fact that the volume of the tank is 52 liters, in principle, it is possible to cross 1,000 km without refueling. The eight-speed transmission allows similar consumption when driving at 130 km / h, while in urban conditions GLB consumed between 7 and 8 liters of diesel.

As might be expected from Mercedes, the GLB also got a modern MBUX multimedia system, with two 10-inch screens. As we are used to with other models of the German company, both screens are operated very simply, and the easiest way is through the touch buttons on the steering wheel. 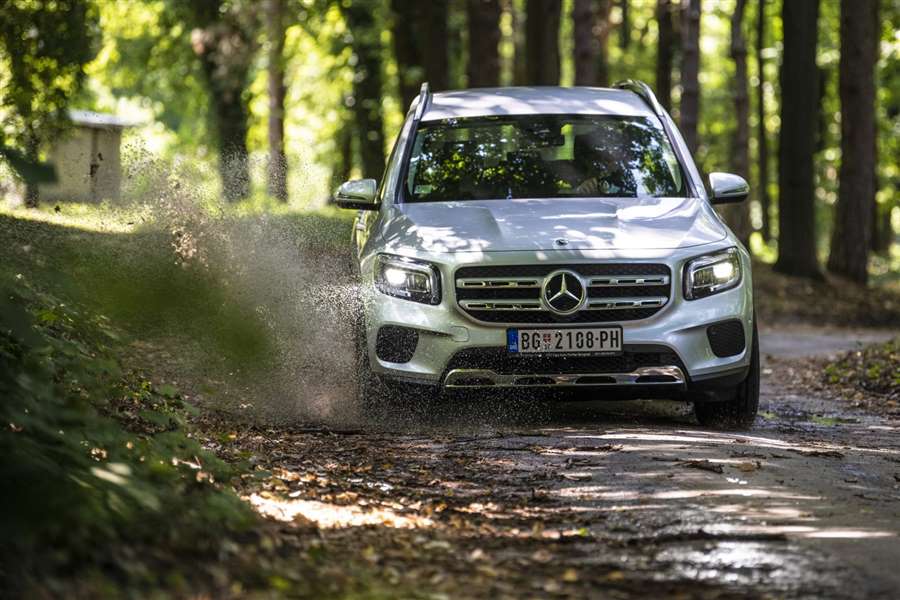 The options of the MBUX system can also be controlled via the touch surface located between the seats, by voice, but also via the screen itself. As for the finishing, it is at the highest level. The upper part of the cabin is lined with quality materials, but there is still some harder plastic under the center console. The seats are very comfortable, hold the body well in curves and do not tire at all during longer trips.

Harmony of engine and transmission

The tested model marked GLB 200d was powered by a two-liter diesel engine with 150 hp and 320 Nm of maximum torque, which is available from 1,400 rpm.
This means that power is never lacking, and by depressing the accelerator pedal, the eight-speed automatic transmission finds the speed you need very quickly. From standstill to 100 km / h the Mercedes GLB 200d accelerates in about 9 seconds, while the top speed is 204 km / h. However, it should be noted that the transmission at lower speeds can be confused when changing gears.

Comfort ahead of dynamism

The diesel unit in the tested model transmitted power to the front axle, which will probably be the choice of most customers. Although the Mercedes GLB is robust in appearance, it is not designed to have the function of an off-road vehicle, but all-wheel drive is available as an option.
As a real family vehicle should be, it is very comfortable on the road, the suspension is a bit softer, so when driving dynamically around curves, the body tilts slightly.

Which version to choose?

For fans of sporty driving, the GLB 35 AMG is also available, which is more tuned, while the tested GLB 200d is still more intended for safe and comfortable transport from point A to point B. For those for whom 150 horsepower is not enough, there is a more powerful version of the same units with 40 hp more.

A 1.3-liter petrol engine is also available, coming with 136 hp and 163 hp. The starting price for the Mercedes GLB is 44,134 euros, while for the tested model with a slightly better equipment package, it is necessary to set aside 52,492 euros.

Tagged under
More in this category: « Maserati Ghibli will retire in 2023 Mercedes-Benz unveils new Citan: Last with SUS engines »