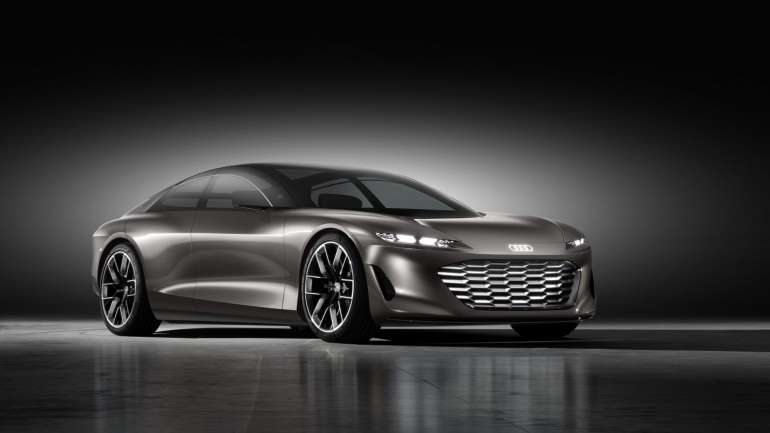 There are no visible screens, and everything is digitized. The steering wheel and pedals may disappear when they are not needed. Rear passengers sit on sofas. This is a "private plane, but for the trip." The successor to the Audi A8 will be the electric, autonomous GT coupe-sedan, and the public will see it for the first time at the upcoming Munich Motor Show. However, before the official premiere, the German premium manufacturer revealed photos of a concept that introduces a radical design for the future flagship of the brand. 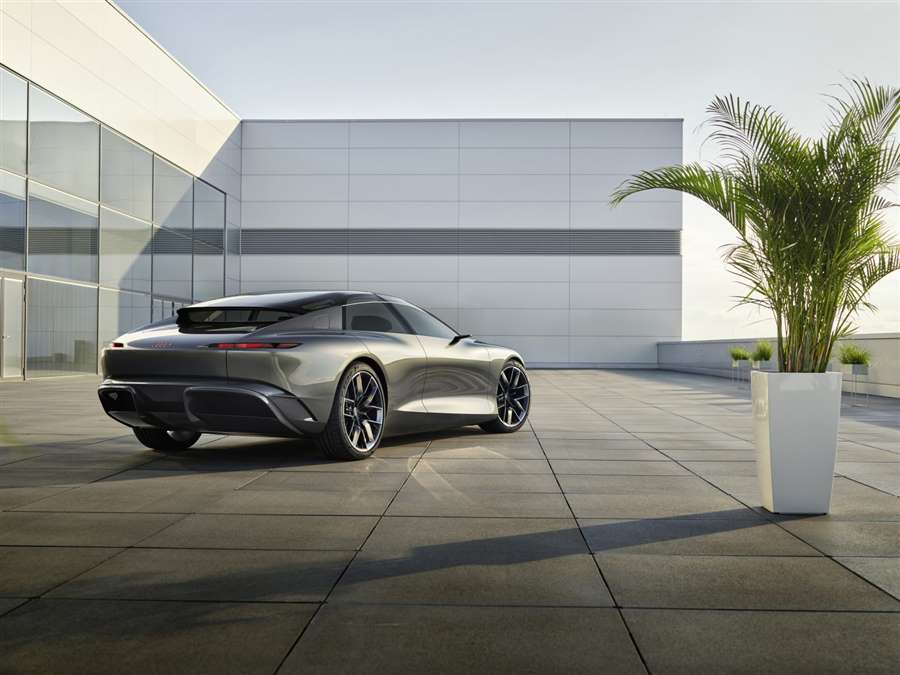 Audi described the concept as a "private plane but for the road", because it will be equipped with a fourth level of autonomous driving. This means that Grandsphere will drive its passengers on its own when needed. Then the steering wheel and pedals are automatically retracted into their housings. 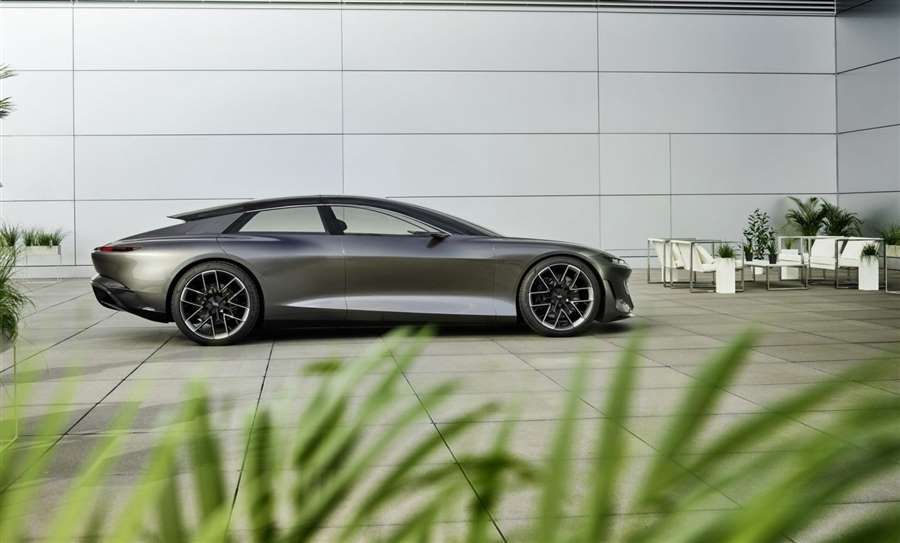 Perhaps most unusual of all is the design solution that there are no visible screens, buttons and physical controllers in the cabin.

After starting, the most important information for each passenger is projected on the entire front part, and the screens are actually imperceptibly integrated into the front panel, which displays their contents. 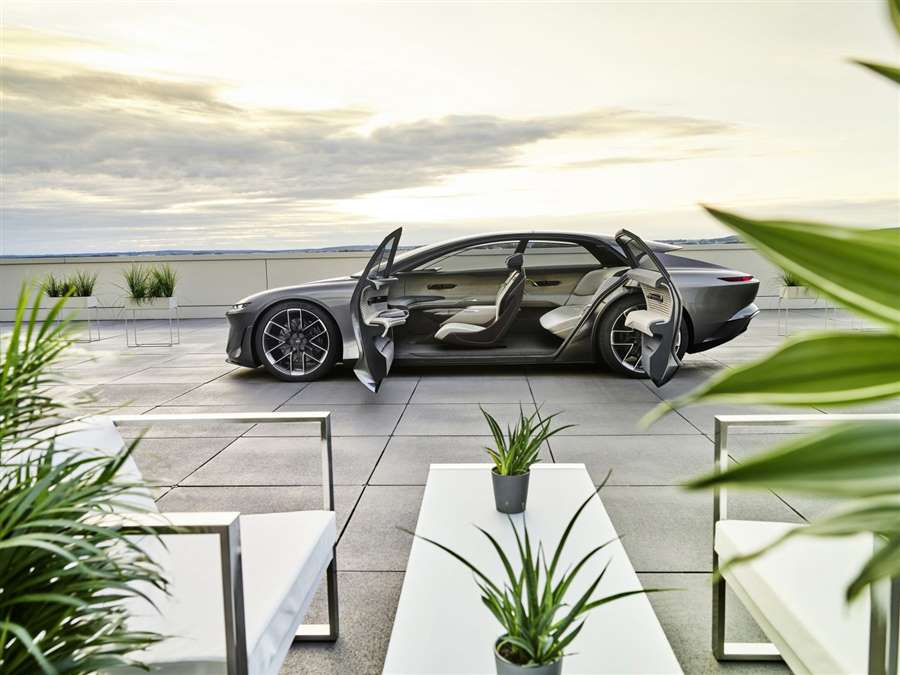 The rear doors open to the opposite side and there is no B-pillar here to make access to the cabin easier. Passengers are greeted with personalized audio and visual digital messages, while the air conditioning and seat position are automatically adjusted exactly to the measurements of their users as soon as they are accommodated.
"The first class has switched to the front of the cab," they say from Audi because controlling the vehicle no longer has to depend on the driver. That is why, for example, the front seats are designed for maximum comfort, and the front seats can be lowered up to an angle of 60 degrees. There is nothing worse in the back either, because the passengers are sitting on the sofa. 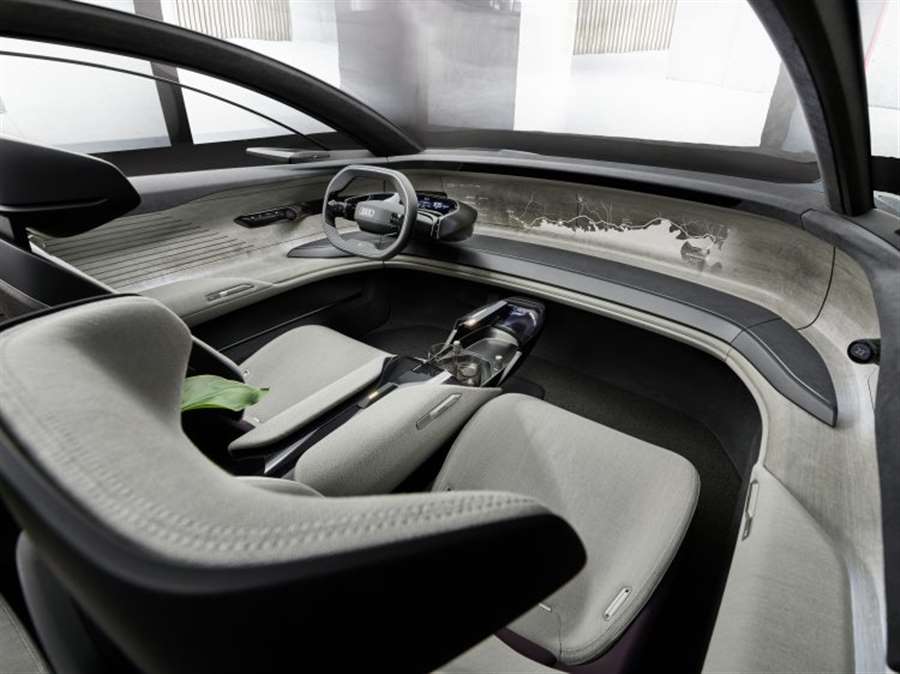 As this is a luxury concept, the air in the cabin is filtered, the temperature is adjusted automatically, and if necessary, a pleasant smell can spread through the interior. Between the front seats is a refrigerator with two glasses and a specially designed bottle. 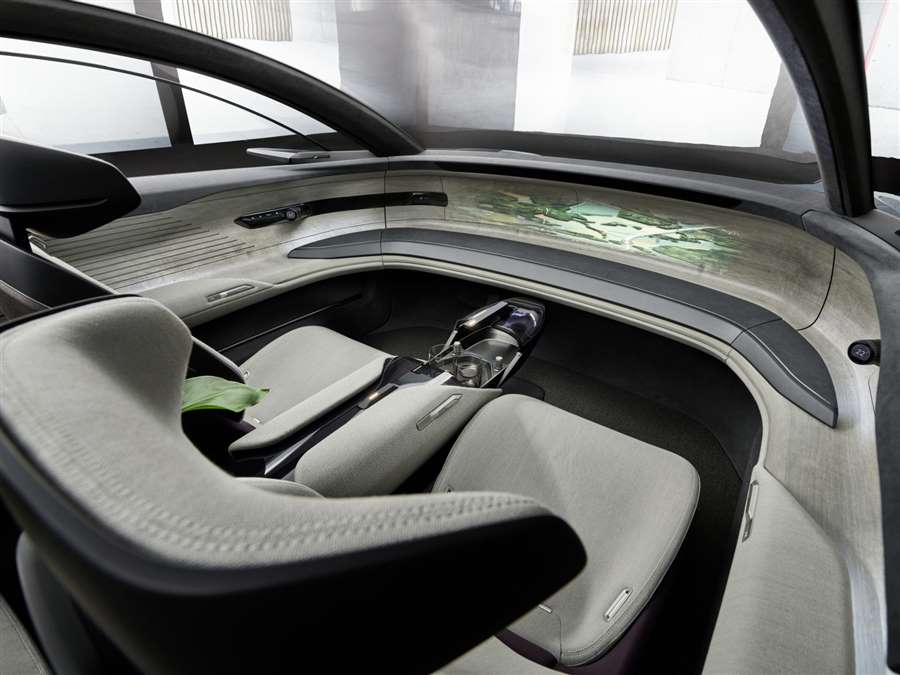 As long as 5,350mm, 2,000mm wide, Grandsphere offers a wheelbase of more than 3 meters (3,190mm). This means that the future model is much longer than the extended version of the current A8. But, from Audi, they emphasize that this is a more four-door coupe, and not a traditional limousine.

With a low silhouette, a very aerodynamic design comes with a long hood despite being an electric car.

It looks like a bullet in the back for better efficiency. It is not yet certain how much the serial model will look like the concept, writes Autocar, but it is most likely that it will not have 23-inch wheels.

The concept is based on the new PPE platform, which was created in cooperation with Porsche, and on which the new Audi Q6 and Macan will be built.

Grandsphere uses a 120 kW battery that will provide a range of as much as 750 km, while the twin-electric motor will have 720 horsepower and 960 Nm. In theory, acceleration from 0-100 km / h is about 4 seconds.