The V12 and sedans are no longer in vogue: The prestigious Maybach is now an e-SUV 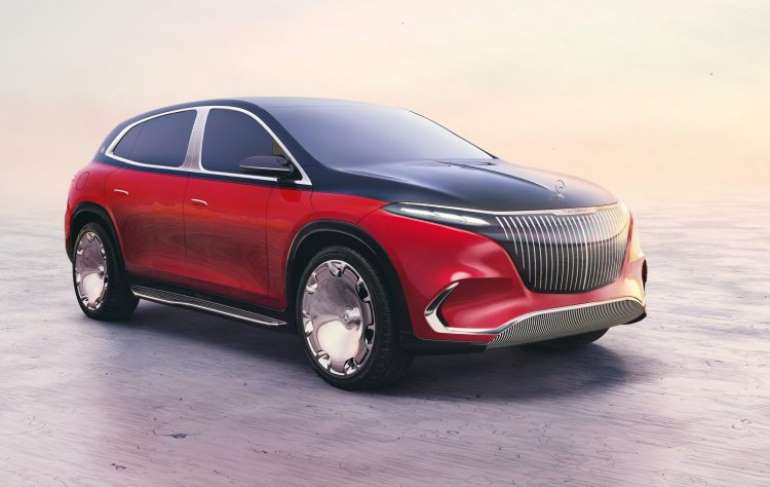 There is no longer a dilemma which of the car brands will become completely electric, because everyone will have to go in this direction in order to survive on the European market. With the new concept, Maybach also announces its electric future, but they do not justify their transformation with new regulations but with the fact that customers in major markets are getting younger and demanding a new kind of luxury provided by electric cars. 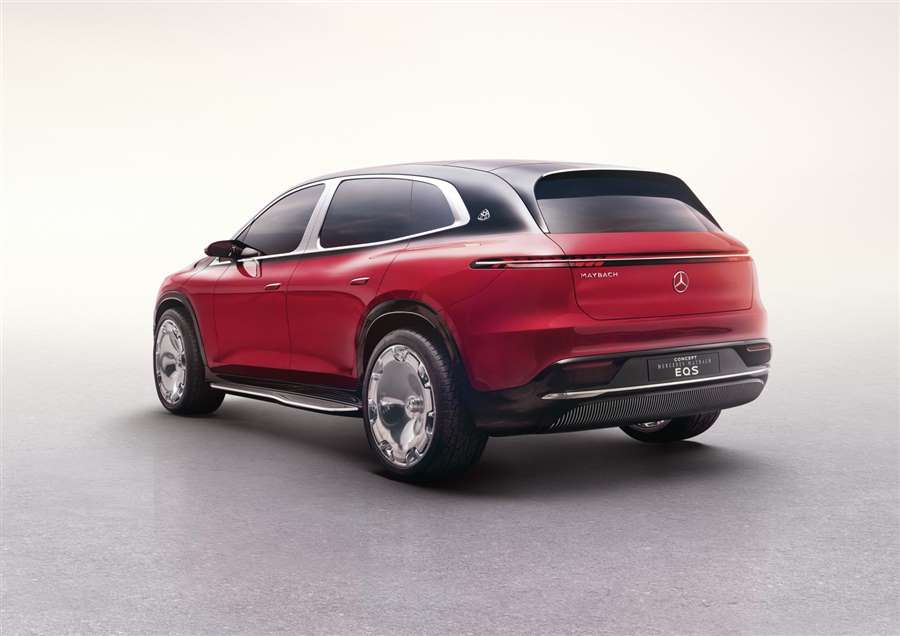 With the EQS model concept, Mercedes-Maybach provides a clear overview of the first all-electric production model for this luxury brand. This concept is based on the modular architecture for luxury electric vehicles of the Mercedes-Benz brand and transmits the exclusivity of the Maybach brand into the future without exhaust fumes.
On this basis, another fully electric model will appear - EQS SUV, which will go into series production in 2022, even before Maybach. The Mercedes-Maybach EQS concept is very close to the production version, and it is expected on the roads during 2023.
“With the Mercedes-Maybach EQS concept, after 100 years, we are transforming the brand into the electric future. Futuristic design consists of the emotional integration of surfaces and shapes. The front end, with a progressive Maybach grille, follows the principle of integration and gives the brand a whole new look. Together with the new aerodynamic SUV proportions, we are completely redefining the luxury SUV of the future, ”said Gorden Wagener, Chief Design Officer of the Daimler Group. 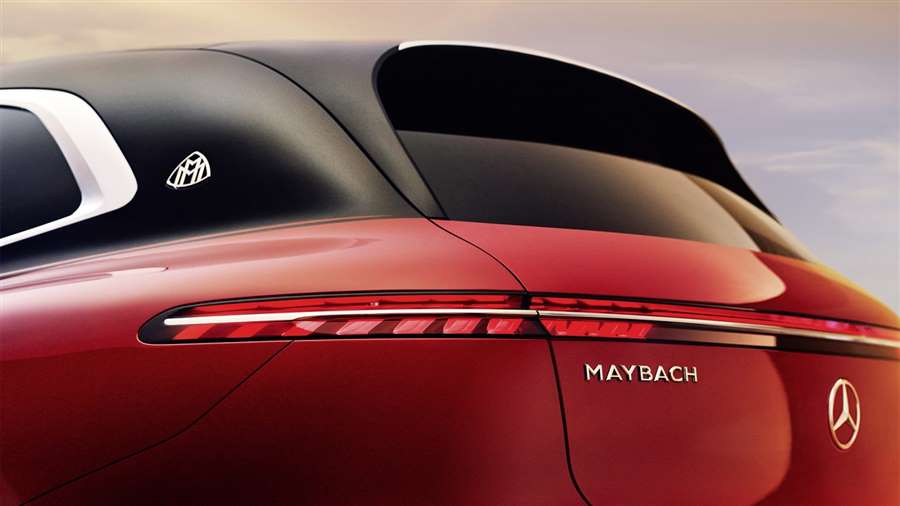 The two-tone body and a lot of chrome details are the design features of the Maybach brand, and even now it is no different. The Mercedes-Maybach EQS concept is presented in obsidian black metallic paint and zircon red metallic paint with a chrome line that represents the visual dividing line. Chrome surfaces not only extend over the air intake and diffuser front and rear, but also frame the side windows with a chrome frame with a 3D design.
The interior is the epitome of luxury, and the center console is based on the EQS sedan. In front of the driver and front passenger are three screens connected into one unit called the Hyperscreen, while the seats are taken from the Mercedes-Maybach S-Class. 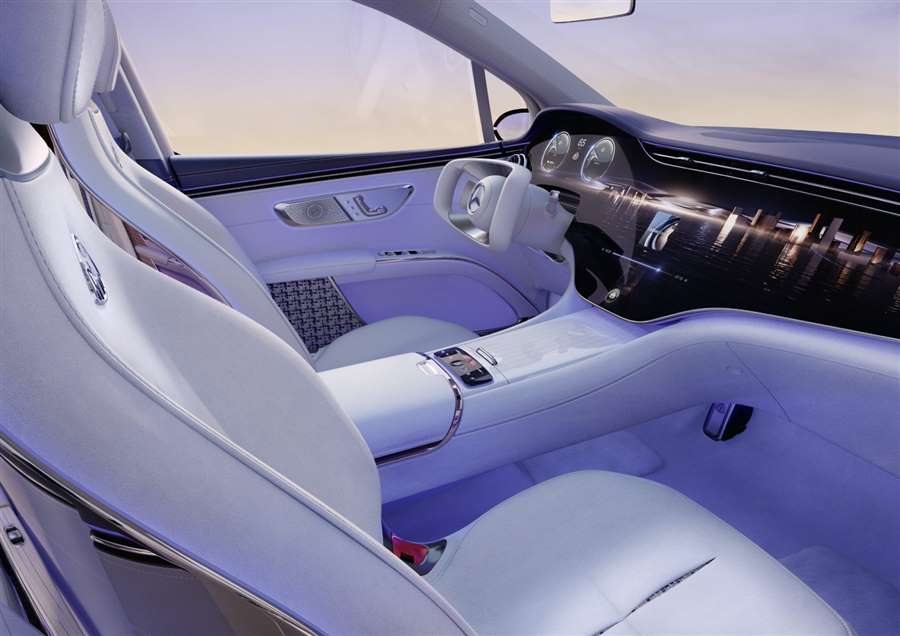 However, this SUV brings even more space for rear passengers than the Mercedes-Maybach S-Class, so comfort is at the highest possible level. There are two individual seats with the option of heating, cooling and massage, which are also taken from the S-Class Maybach. 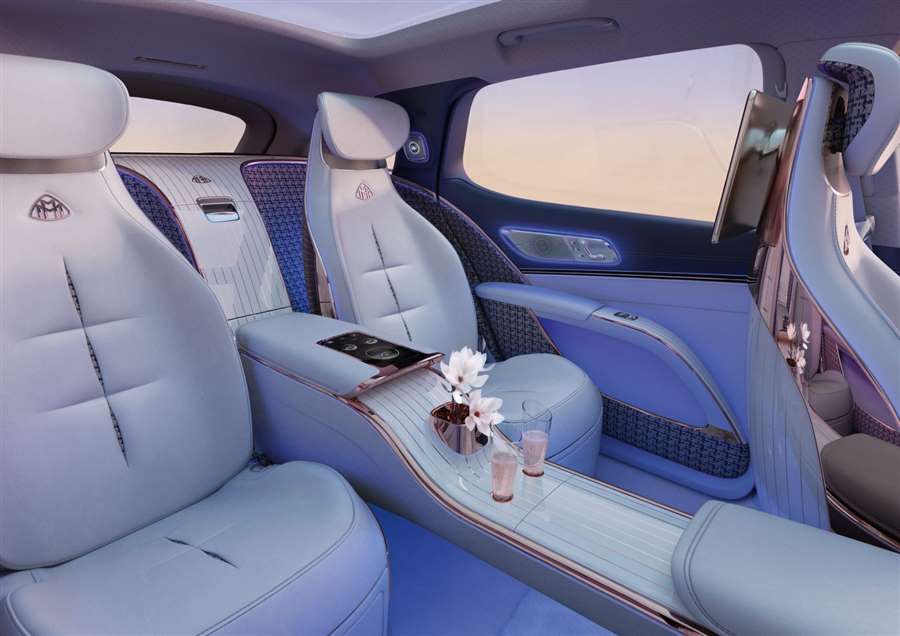 The statement said nothing about the propulsion system that powers this concept, but it is known that the range with a single battery charge according to the WLTP standard will be about 600 kilometers.

Tagged under
More in this category: « VW justifies name: Affordable electric car "for the people" arrives The wait for a new Toyota Land Cruiser takes up to four years »