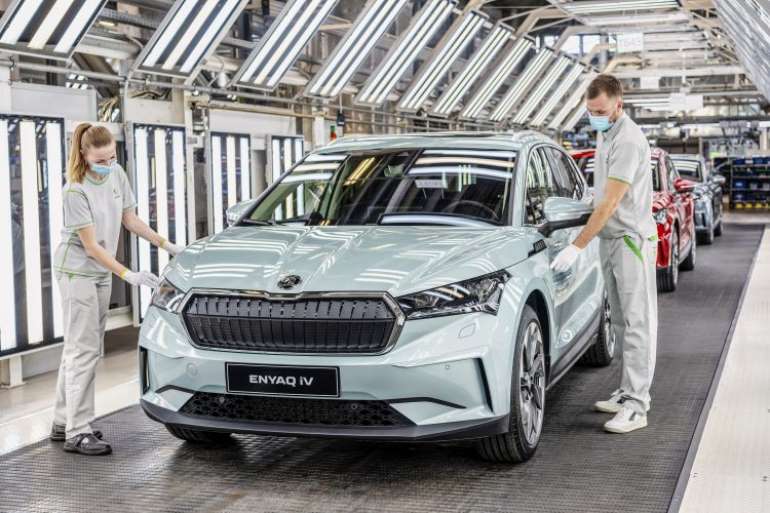 There has already been a lot of talk about the EU's plan to ban the sale of cars powered by petrol and diesel from 2035, but as it looks now, this transition will not be so easy. The Czech Republic was the first to officially express dissatisfaction with the announced ban on internal combustion engines in the European Union, while Italy is seeking exceptions for its supercar manufacturers.
While many countries across Europe are announcing their plans to stop selling internal combustion cars by 2030 or 2035, Czech Prime Minister Andrej Babis has said he opposes the plan.
"We will not agree with the ban on selling cars on fossil fuels. It's impossible. "We cannot dictate here what the green fanatics have devised in the European Parliament," Babish told a local news outlet. The Czech Republic should take over the rotating presidency of the European Union in the second half of next year, and Babis states that the proposed topic of banning internal combustion engines will be put on the priority list. In addition, the Czech Prime Minister added that the Czech Republic will support the introduction of infrastructure for electric vehicles, although it will not subsidize their production.

The Czech Republic is one of the world's largest car manufacturers per capita. In fact, the car industry makes up almost a third of the Czech economy, with Škoda, Toyota and Hyundai producing their cars in that country.

Italy, on the other hand, has not opposed a ban on internal combustion engines like the Czech Republic, but is therefore seeking exceptions for its sports car manufacturers.

According to the Auto Club, Lamborghini recently presented the successor of the legendary Countach with a price of 2.6 million dollars. The newly introduced Lamborghini uses a 6.5-liter atmospheric V12 in combination with a supercapacitor.

This fact shows that the Italian brand is still not ready for a complete transition to electric drive. Lamborghini Chief Technology Officer Maurizio Reggiani told the Pebble Beach Concours d’Elegance conference that he believes it is fundamental for Lamborghini to continue using the V12. He also received great support in that - the Italian government submitted a request to the European Union that Lamborghini and Ferrari be exempted from the planned abolition of internal combustion engines by 2035.
Oliver Blume, CEO of Porsche, told Bloomberg that he thinks giving in to the EU before Italy would be a mistake. According to him, electric vehicles will only get better, that is, "invincible in the next decade". "Electric cars are proving their superiority in performance over and over again, which will continue as carmakers further develop the technology," Blume said.

Tagged under
More in this category: « Mazda refreshes CX-5 again: It arrives in Europe in early 2022. Which cars consume more fuel than the factory states? »