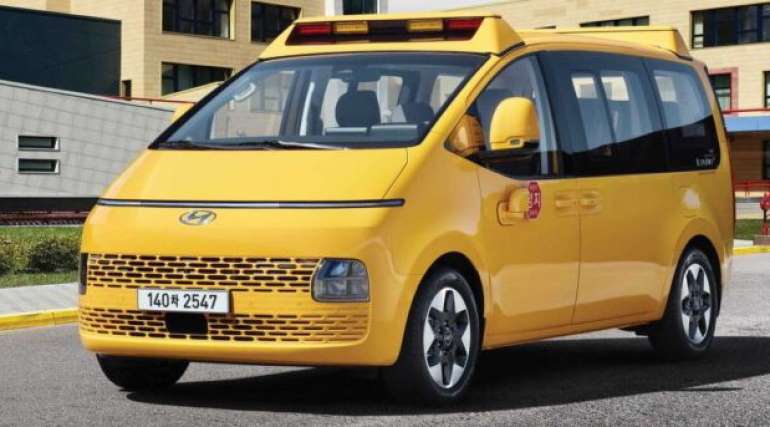 A school van is an interesting idea. Does this solution make sense? Hyundai Staria offers a maximum of nine seats in conventional versions. Here, however, it is different. According to the manufacturer, the Hyundai Staria Kinder can use up to fifteen seats - all seated and equipped with adjustable seat belts. Supposedly. It should be added that the driver has at his disposal a system that informs those passengers who have not fastened their seat belts.

It is a pity that no photos of the interior have been discovered that would show what we are actually talking about and how the problem of relatively small space has been solved for this type of car.

For now, we have to settle for a body design that is enriched with yellow, special markings, and additional lights. 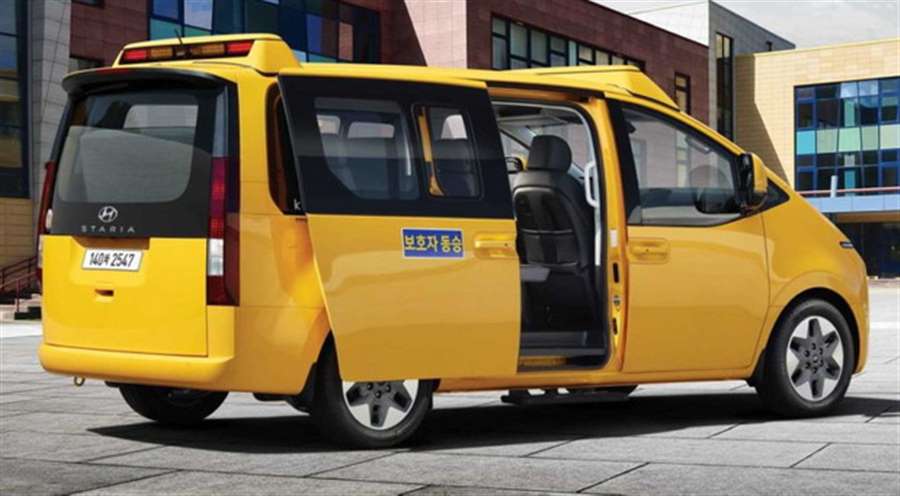 The car uses safety systems, including collision avoidance assistance, lane maintenance, blind spot monitoring and reversing warning. It was not revealed what was under the hood. It is probably the well-known and favorite 2.2-liter diesel engine that offers 175 horsepower.

Interestingly, the car found its way to the user. The 15-seater Hyundai Staria Kinder costs 37.41 million won or more than 26,000 euros - in the Korean market, of course. It seems that such a configuration will probably not reach Europe.

Tagged under
More in this category: « The new Lexus LX Bugatti Centodieci close to production »