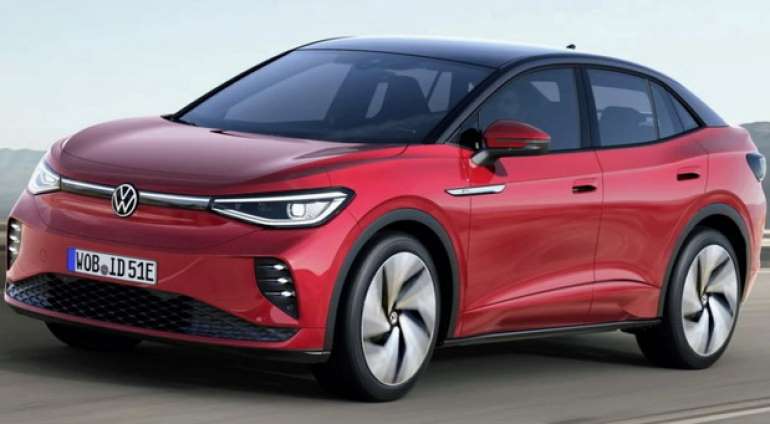 As they announced, they officially presented another member of their ID in Volkswagen today. families of electrical models, namely ID.5.

ID.5 is basically a coupe version of the already known ID.4, with a new roof line and a tidy rear end. It also means that ID.5 is made on Volkswagen’s MEB platform for electric vehicles.

Due to the changed rear part, the trunk in ID.5 is smaller than in ID.4 and amounts to 549 liters (with the rear seats folded down, it grows to 1561 liters). Mention should also be made of the digital cockpit, modern infotainment system, and head-up display.

Here is the fact that the coefficient of air resistance is 0.26.

More attention, however, is attracted by the strongest variant of the ID.5 GTX.

Volkswagen has already introduced a sporty GTX version of the ID.4 earlier this year, with the announcement that later GTX versions will be available for other electric models of this brand.

As things stand, the GTX suffix will be the electric equivalent of the GTI, GTD and GTE designations that Volkswagen uses for sporty versions of models with petrol, diesel and hybrid drivetrains.

"The letters GT have long meant driving pleasure," explains Klaus Zellmer, a member of Volkswagen's marketing and sales committee. "Now the letter X is building a bridge for the mobility of the future."

Now comes the ID.5 GTX, which has two electric motors with a combined 200 kW / 299hp and all-wheel drive.

As with the ID.4 GTX, the ID.5 GTX has an interior with a purist design and durable materials, red details, leather steering wheel with heating and GTX logo, sports pedals, digital cockpit, ambient lighting, modern infotainment system, as well as gesture control and voice commands.

The Volkswagen ID.5 will go on sale in the first quarter of next year, and prices will be slightly higher than the equivalent versions of the ID.4 model.

Tagged under
More in this category: « Refurbished Audi A8 & S8 Toyota Aygo X in the first pictures »