Former Tesla engineers claim that the image of the Autopilot 2.0 capability is a montage 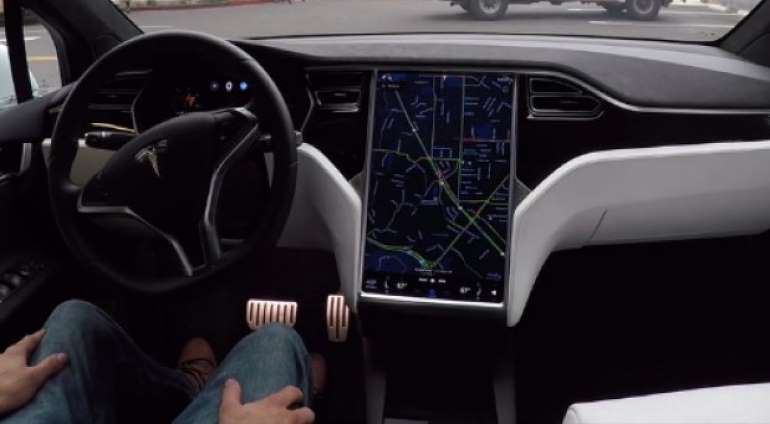 The famous early video of Tesla, in which the company promotes its self-driving system Autopilot 2.0 without any human influence and which was published in 2016, was edited according to a group of former employees.

Namely, two former members of the "Autopilot" team spoke anonymously for the New York Times, that the car used a three-dimensional digital route map that was planned in advance, which is a feature inaccessible to drivers using a commercial version of the system, writes Jutarnji.hr.

It is even more alarming that allegedly at one point during the filming, while using the autopilot, the car hit the fence along the road on the Tesla property, and it had to be repaired, claim the people who worked on the video. The video was edited to remove footage of the crash, and continues to be used to promote the system to this day.

In 2016, when Autopilot 2.0 was introduced, Elon Musk said at the conference that all new Tesla cars use cameras, computers and all the other hardware they will need for 'complete autonomy'. And indeed, the video was released under the title ‘Autopilot Full Self-Driving Hardware (Neighborhood Long)’.

Musk's claims at that conference in 2016 surprised his engineering team, with some feeling that he was promising something that is not possible. They accuse him of ignoring the concerns of his own engineers for years and reselling the capabilities of Tesla's advanced driver aids, in a report the New York Times interviewed a total of 19 people working for the company at the time.

'Cameras are not eyes! Pixels are not retinas! F.S.D. the computer is nothing like the visual cortex! ' said Schuyler Cullen, who oversaw Samsung’s autonomous driving team. Amnon Shashua, CEO of Mobileye, meanwhile, accuses Tesla of being more driven by sales than facts. 'One should not be preoccupied with what Tesla is saying. The truth is not necessarily their ultimate goal. The ultimate goal is to build a business'.