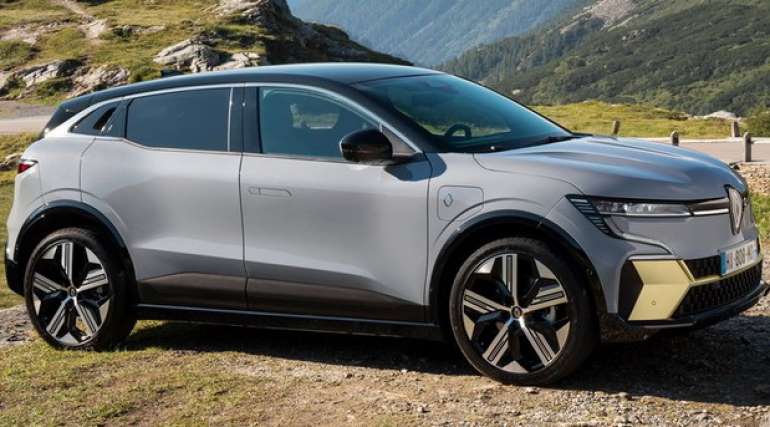 Renault has announced the price list for the Megane E-Tech Electric, one of the most anticipated models of the French brand in recent years.

This electric model from the C segment will start with a price of 35,200 euros in France for the version with 130 hp and a 40 kWh battery in the basic edition. Of course, when the environmental bonus of 6,000 euros is deducted, the price drops to 29,200 euros. On the other side of the range is the version with 220 horses and a 60 kWh battery with the ability to quickly charge, for which the most expensive edition costs 51,400 euros (excluding the bonus).

The current conventional Megane, available with diesel, petrol and plug-in hybrid powertrains, will continue to be sold for several years, write Vrele Gume.

The head of the company, Luka de Meo, hopes to reverse the situation with a strategy called "Value rather than volume", concentrating on a more positioned C segment instead of small cars, and Megane E-Tech Electric is the best example of this.

Renault currently offers Megane hatchbacks and station wagons in terms of compact models, as well as Kadjar SUVs, which are listed lower on the market compared to direct competitors.

The newcomer will be produced at Renault's factory in the north of France, where this manufacturer is setting up an "ElectrCity" complex of production plants for assembly and production of components, as it makes a departure from conventional engines.

Megane E-Tech Electric will be available in Equilibre, Techno and Iconic equipment levels. The main factor of differentiation will be the battery pack, available in variants with 40 kWh (300 kilometers range) and 60 kWh (450-470 kilometers). Customers can choose between 130 and 220 hp electric motors.

Megane E-Tech Electric will compete with a growing number of compact electric cars, including the VW ID.3 (from € 39,900 in France), the Citroen C4 (from € 35,600 in France) and the Nissan Leaf (€ 34,400 in France. Peugeot 308 and Opel The Astra will get electric versions in 2023. At a higher price range, Renault's chicken is already entering the territory of Tesla Model 3, the best-selling electric car in Europe.The American brand has cut prices for its model to profit from subsidies in different countries.

More in this category: « BMW has announced technology that completely changes the exterior color of the car Range Rover Sport on winter tires fails to climb the snow-covered street »