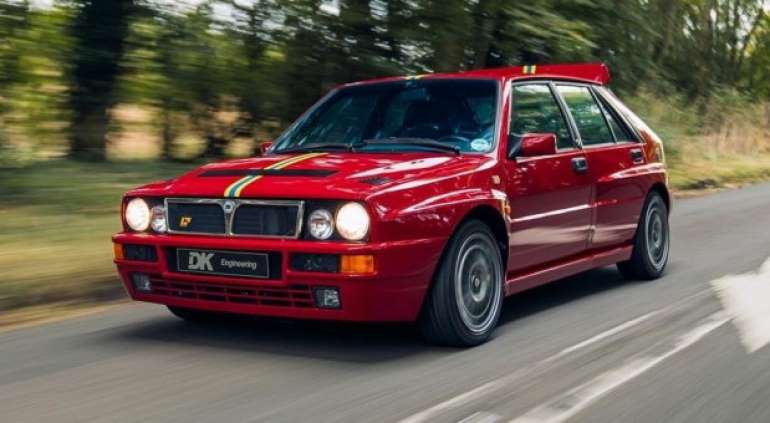 The Lancia Delta Integrale is one of the most famous hot-hatch vehicles created for the rally, and the particularly rare and desirable model Evoluzione II Edizione Finale is sold at a price close to the all-new Lamborghini Huracan STO.

Delta Integrale proved dominant in the WRC, scoring 44 wins between 1987 and 1991, and returning home with 6 constructor titles and 4 driver titles. All examples for driving on the road are very desirable, but this is a variant that was made in only 250 copies, writes Jutarnji.hr.

This Delta Integrale Evoluzione II Edizione Finale is sold by DK Engineering from Great Britain, and it is a car in a red shade called 'Rosso Amaranto'. It also has a livery of the central bar in ‘Turin’ yellow and ‘Blue’ blue, while the 16-inch wheels are finished in anthracite gray.

According to the list, the first owner only used the car sparingly before it was exported to Belgium in 2008. It was then bought by its sole owner from the United Kingdom the following year, with whom the car spent most of the last decade in a purpose-built warehouse. It is interesting that the car has covered only 5,500 kilometers, and as such is in exceptional condition - especially in the cabin where there are no traces of use.

All that, however, comes at a very 'heavenly' price. The price of the car is 224,995 British pounds.