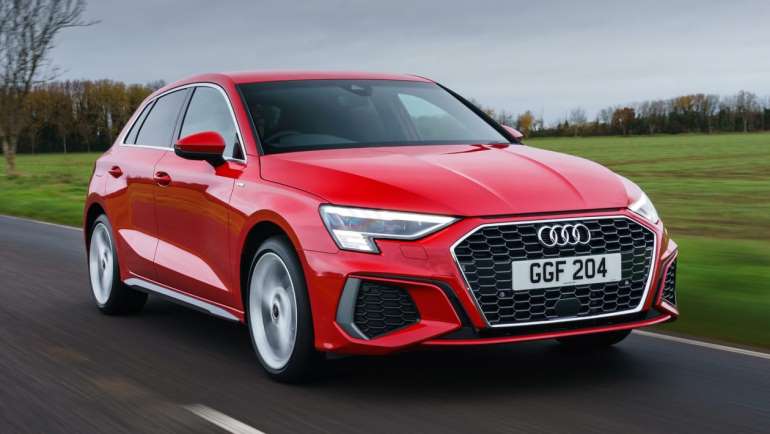 Is the Audi A3 40 TFSI e plug-in hybrid the best variant of the premium hatch?

This Audi A3 PHEV should appeal to company-car choosers, but everyone else may be put off by the higher list price and still-modest electric-only range. It’s beautifully finished inside and has lots of appealing tech, but its performance is compromised – in S line trim at least – by a stiff ride that means that cars with the same powertrain from sister brands are not only cheaper and more spacious, but also more comfortable. 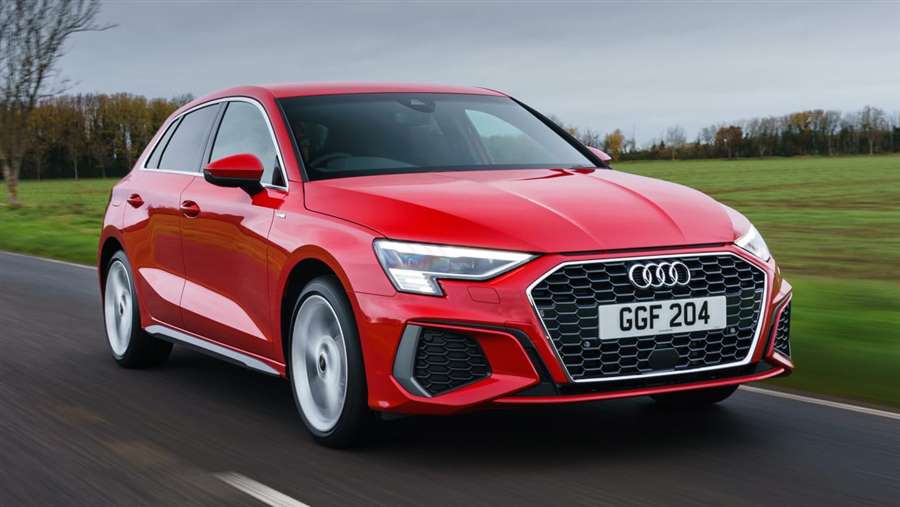 There was a time, not too long ago, when the key model in any Audi line-up was the leanest diesel – the variant that could help user-choosers save the most on their company car tax bill while still allowing them to sit behind the wheel of a premium product on a daily basis.

Now, though, the plug-in hybrid grabs the benefit-in-kind tax headlines, so this car, the A3 40 TFSI e, is a crucial weapon in Audi’s arsenal as it tries to poach sales from the Mercedes A-Class and BMW 1 Series.

The A3 PHEV uses well known VW Group technology – which is to say that, on paper at least, there’s not an awful lot to separate the 40 TFSI e from the SEAT Leon E-Hybrid and the Skoda Octavia iV. 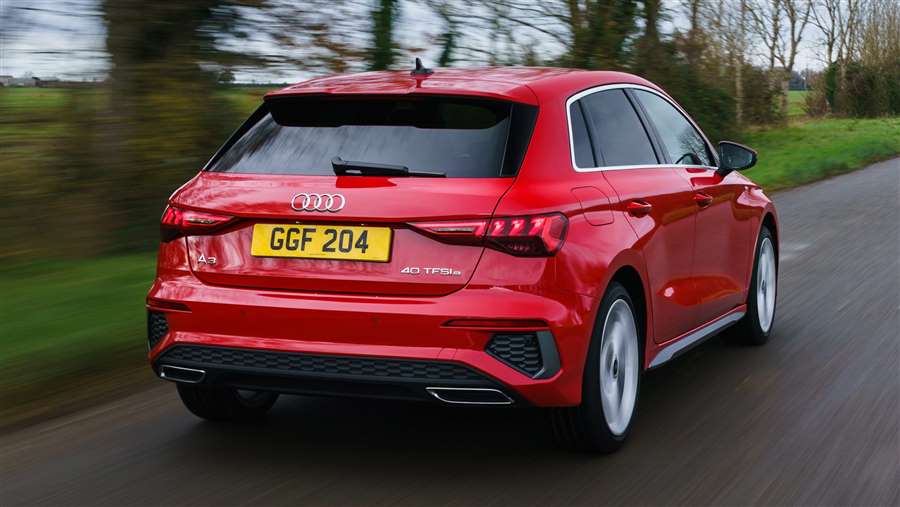 At its heart is a 1.4-litre turbocharged four-cylinder petrol engine producing 148bhp, and an electric motor contributes a further 107bhp. There’s no quattro four-wheel drive here, just a regular front-drive layout, and the transmission is not VW’s latest seven-speed dual-clutch automatic, but rather a six-speed DSG. A manual ’box isn’t offered.

Audi says you should be able to replenish the car’s 13kWh battery completely with a wallbox in around four hours. Overnight fill-ups shouldn’t be an issue. 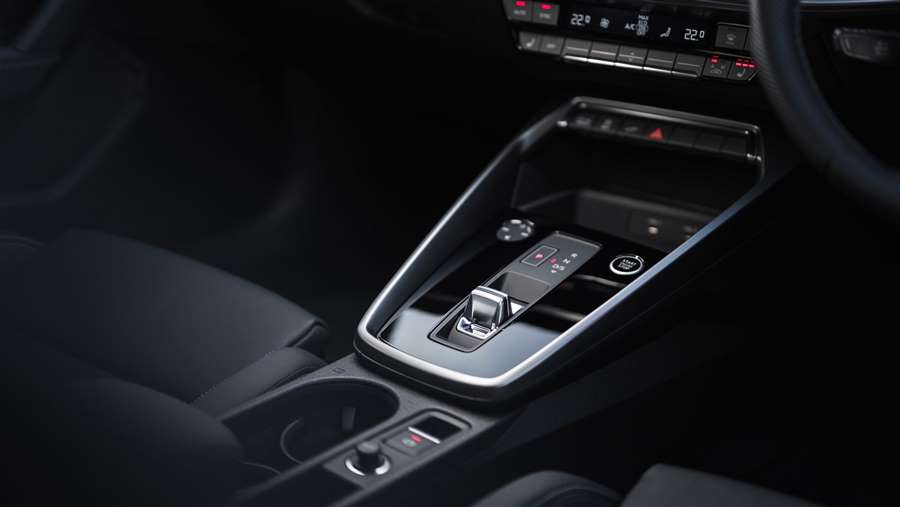 In S line trim, the plug-in A3 sits in the 11 per cent tax band, although that will rise to 12 per cent for the next tax year. However, if you settle for a 40 TFSI e in Sport trim, then the electric-only mileage will rise to the point where the bands will be seven and eight per cent respectively. 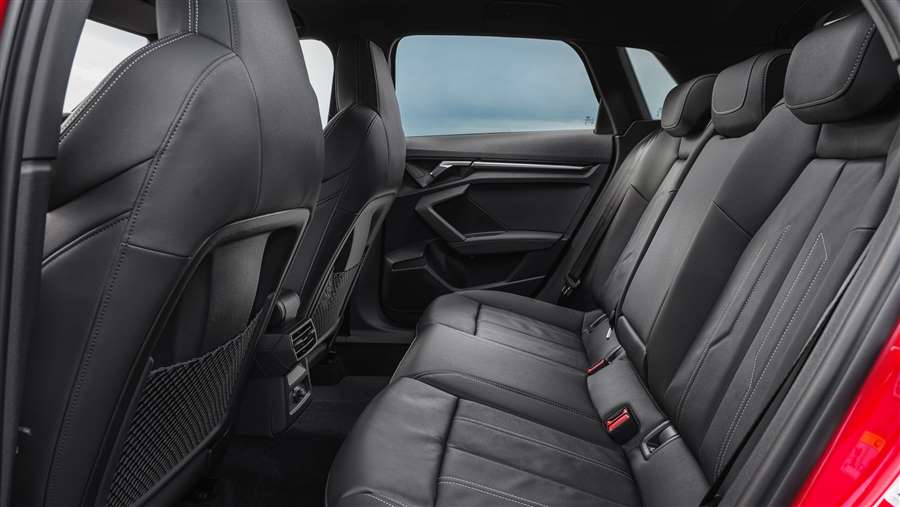 Although it was freezing cold and wet for our drive – conditions that usually restrict a plug-in’s range – our experience indicates the car should be able to get within 20 per cent of that predicted electric-only range. It pulls away in EV mode by default, in fact, and you’ll soon find yourself trickling it along 30mph routes, enjoying the relative silence.

We say ‘relative’ because the chunky alloys and sports suspension mean there’s a fair bit of noise from the road surface, and they relay a bit too much of what’s going on down there. Audi has made great strides in giving its S line editions a more tolerant ride, but while the A3 isn’t unbearable, it’s too easily unsettled by what’s beneath it. This, in turn, undoes what would be decent body control in corners, because you’ll find yourself skipping laterally across any imperfections. It just doesn’t feel like the best take on the VW Group’s ubiquitous MQB platform for the UK’s awful roads.

It’s a pity, really, because once you’ve gone beyond pootling around town, the hybrid powertrain is both surprisingly potent and extremely smooth. 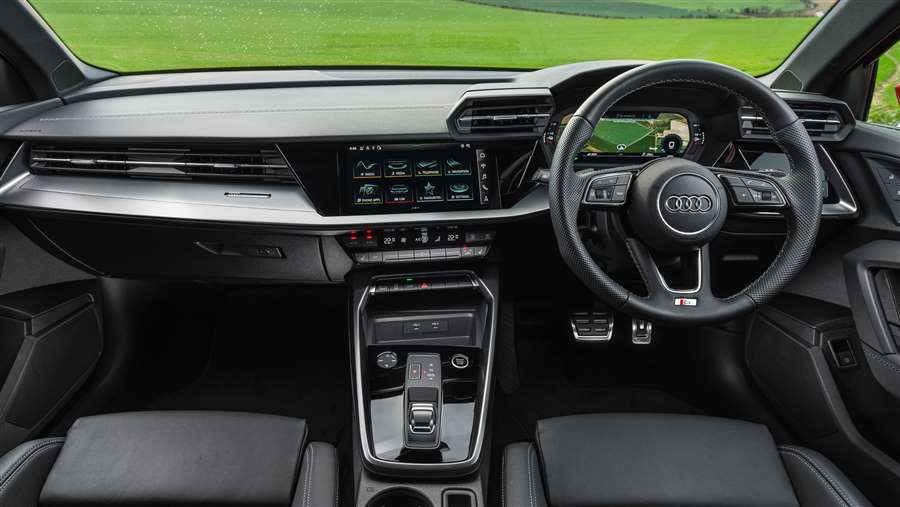 The electric motor’s ability to feed torque when the engine is still getting up to speed makes for some prodigious mid-range punch. And as for the transition between electric and combustion power, you’ll need to keep an eye on the crisp and responsive digital dash to be sure that it’s happening at all. It’s supremely refined when cruising, and very smooth when worked hard.

Inside, the A3’s cabin remains a very pleasant place, with the excellent Virtual Cockpit about the only flat element in a sharply creased dashboard, and none of its VW Golf sister’s ludicrous touch-sensitive sliders for key controls; here you get regular buttons for heating and ventilation. The quality feels nailed on, and a proper match for the car’s chief rival, the A-Class.

Space takes a hit in the move to plug-in power, though. Passengers are as well catered for here as in regular A3s, but they’ll have to pack a bit more carefully, because the boot capacity drops from 380 litres to 280 litres. That’s basically supermini numbers, so if you want a VW Group PHEV that can cope with a proper load of family clutter, and are prepared to put badge loyalties to one side, the Octavia iV (450 litres) would be better.