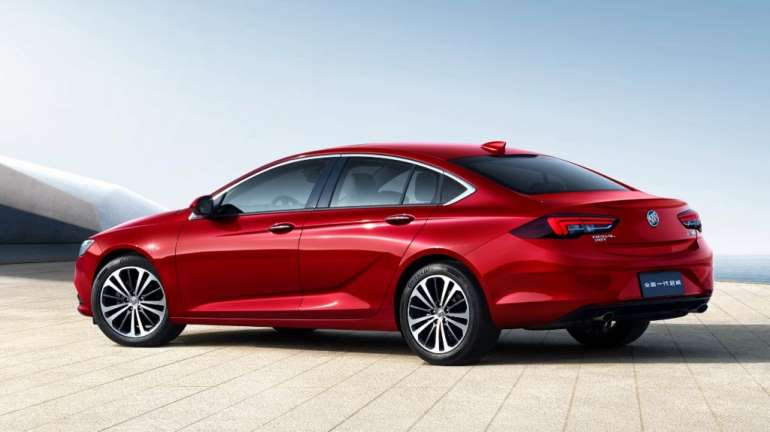 We expect the next, seventh-generation of 2024 Buick Regal to launch on or after the 2023 model year. Until then, we expect the current, sixth-generation Regal to receive minor changes, updates, and improvements.

According expectations 2024 Buick Regal will be based on the new GM VSS-F platform, delivering all new underpinnings and engineering. He will have new exterior design, including option in four-door sedan body style. Also, TourX Wagon is possible. Regarding interior, it will be complete change in design and material which will be used. The main point will be in improved comfort and convenience. It will be introduction of more GM Active Safety features and technologies, and next generation IntelliLink infotainment system.

We expect the upcoming future Buick Regal to continue being available as a midsize four-door sedan or a sedan-like liftback body style like the sixth-generation of Regal Sportback. Also, possible will be Buick Regal TourX option.

We expect the next-gen Buick Regal to ride on the new GM VSS-F platform. The new Regal will share this platform with all future front-drive GM cars and crossovers.

At this moment we don’t have precisions information regarding engine option. For sure it will be hybrid and full electric option on the table. Also, Buick prepare a new transmission set, so we will find out what will be launched on the market.

The main competitors in premium midsize segment for 2024 Buick Regal will be the following: Acura TLX, Volvo S60, Volkswagen Arteon.

The new Buick Regal will be assembled as General Motors has sold its Opel division that assembles the sixth-generation model at the GM Opel factory.

We expect the next 2024 Buick Regal will have the similar pricing as the current, sixth-gen model.