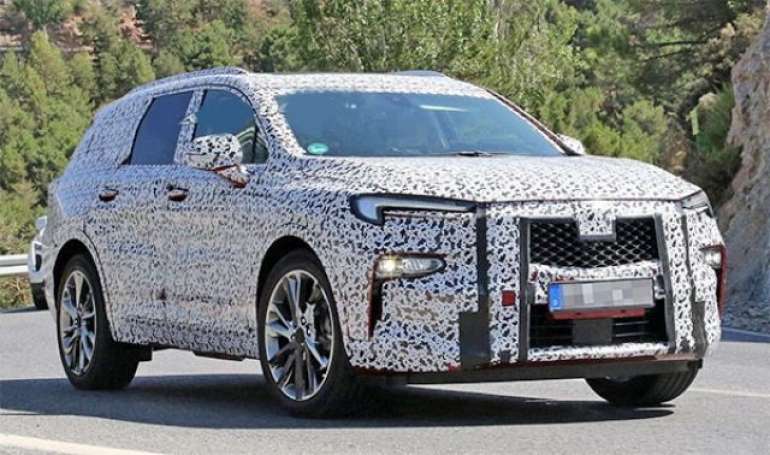 The new 2024 Buick Enclave an all-new full-size crossover representing the third generation of the Enclave nameplate. Release date of new model should be launch in calendar year 2024 as a 2025 model year vehicle. An all-new Enclave will continue to strengthen Buick’s leading position in the full-size crossover segment. Main markets where Buick sells the Enclave, including the United States, Canada and Mexico; the vehicle’s availability might also be expanded to the Chinese market.

Expectations of the future 2024 Buick Enclave:

We expect the upcoming future Buick Enclave to continue being available as a full-size luxury crossover with four doors and three rows of seating.

We expect the starting price of the new 2024 Buick Enclave to rise to the $43,000-$45,000 range in order to create more space between it and the rumored midsize Buick CUV, which will potentially be called Enspire.

We expect the next 2024 Buick Enclave will have a new turbo 2.0L I-4 engine with automatic engine stop/start functionality to replace the GM 2.0L Turbo LTG. Second option will be 3.6 L V6 LGX with automatic engine stop/start functionality as an step up from the new 2.0L Turbo (gasoline). Also, option can be a twin-Turbo 3.0L V6 LGW (gasoline) in a performance variant. We expect an electric plug-in hybrid/PHEV (gasoline/electric), with possibly a pure battery-electric variant.

It is currently unclear where GM will produce the next-generation Buick Enclave. We assume that production will be assembled by GM USA at the GM Lansing Delta Township factory in Michigan.