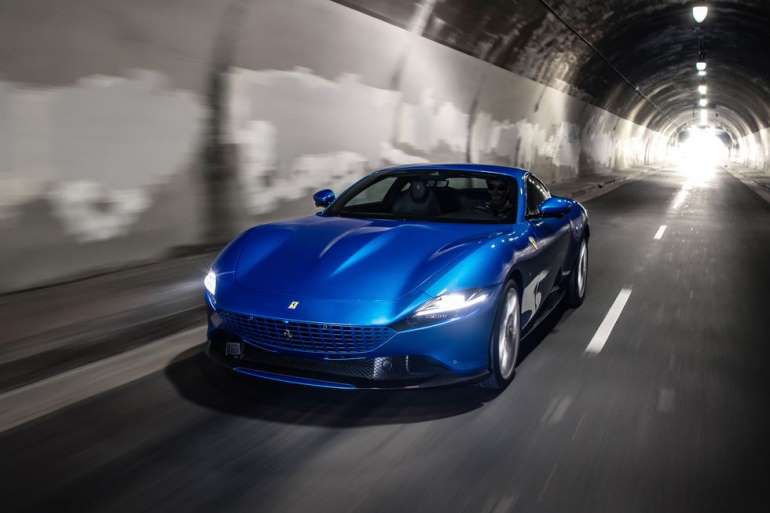 Ferrari builds a modern GT without relying on the design tropes of the past.

The Ferrari Roma's start button isn't a button. It's an iPad-like touch-sensitive switch at the bottom of the steering wheel. And it's but one of many functions crammed onto the helm. Even after spending 30 hours with the car, we were still uncovering new ones. Ferrari isn't relying on its heritage here. This is only the second V-8-powered front-engine GT coupe in the brand's history—the first being the 2018 GTC4Lusso T, which was the refreshed FF with four fewer cylinders. No, with the Roma, Ferrari focused on making a 21st-century grand-touring car with an almost all-digital interface and without a goofy retractable roof.

Sure, the hardtop convertible Portofino is still around, and there's a lot of Portofino in the Roma, but the Roma is some 200 pounds lighter and 20 horses more powerful, with a 612-hp version of Ferrari's twin-turbo 3.9-liter V-8. The upcoming Portofino M will match that output, but it won't rectify the weight discrepancy. And while all three of these Ferraris have an engine that roars like artillery, the Roma is prettiest. 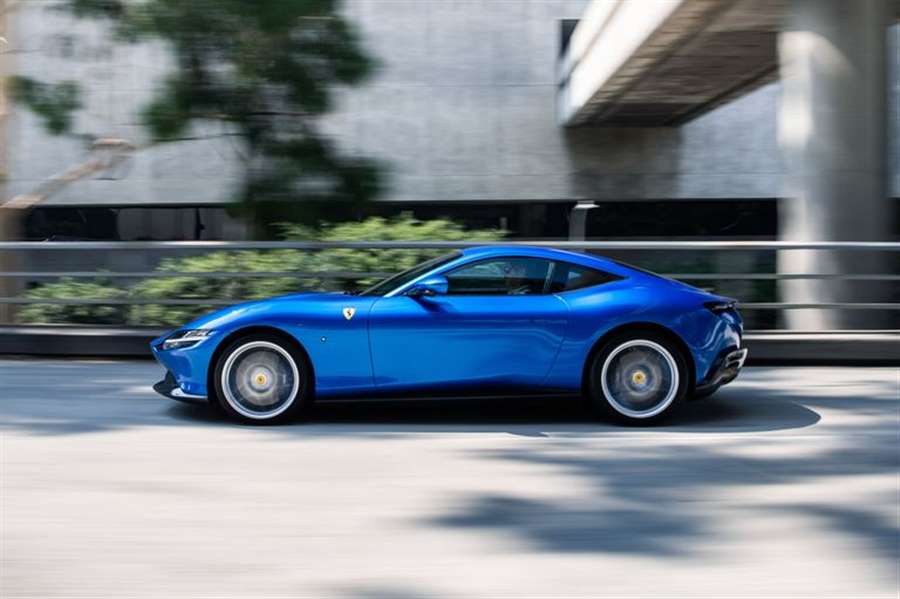 It has the face of a shark. The fenders flare like a Sophia Loren sigh, and the bodywork is free of holes, vents, and gouges. The razor-edge taillights look nothing like the usual round Ferrari fare. The Roma and Portofino share a 105.1-inch wheelbase and their basic suspension design, but the Roma is 0.7 inch lower, 1.4 inches wider, and at 183.3 inches long, 2.7 inches longer overall.

The 561-lb-ft torque peak comes up at 3000 rpm and stays there until 5750 rpm, with plenty beyond that to the 7500-rpm redline. Pop the hood and the Ferrari V-8 looks as good as the body. There's no plastic sound-insulation cover here.

Pull the right carbon-fiber paddle shifter and the rear-mounted, Magna-made eight-speed dual-clutch transaxle loads first gear. The Roma is the first of Ferrari's GTs to include a Race setting for the stability and traction-control system. Turn the manettino selector on the steering wheel to Race and the car growls and gets down to the business of ground flying.

Shifted with the paddles, the eight-speed reacts instantly. Downshift into a corner and the car squats flatly, takes a set at the apex, and bolts confidently. The system allows a bit of tail slide, but on public roads, it's hard to get to the cornering velocity where the 285/35ZR-20 Michelin Pilot Sport 4S tires will break free. What's available even in Comfort mode is perfectly calibrated steering and the thrill of feeling the 245/35ZR-20 Michelins up front bite into the surface. 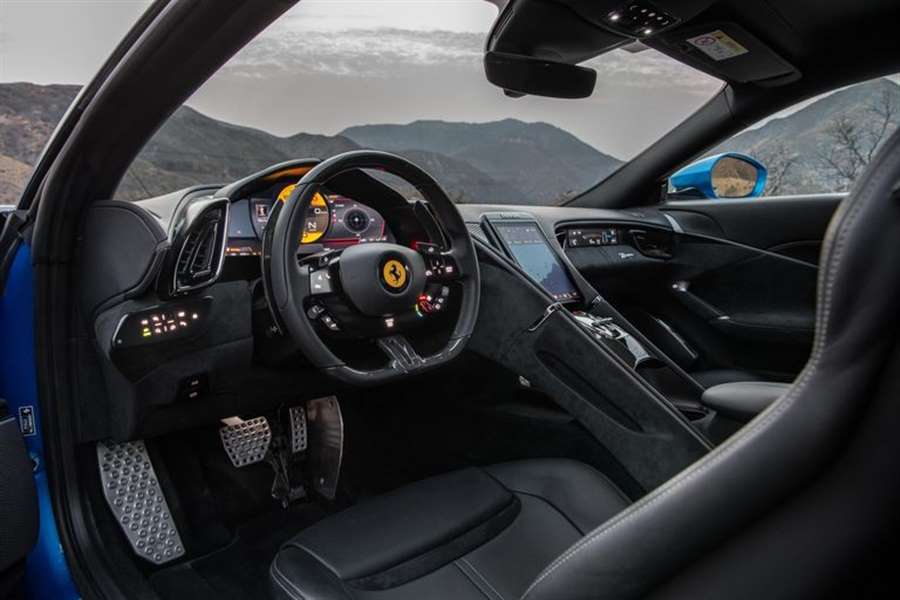 We expect this Ferrari to eclipse 60 mph in 3.1 seconds when launch mode is activated, but the exhaust drama and pull of the engine make it seem even quicker than that. And the Roma is beguiling at triple-digit speeds. It also has a hilarious rear seat and a reasonably sized 10-cubic-foot trunk.

Roma prices start at $222,420. The version driven here carried an option load that put it at $316,240. Skip the $11,812 carbon-fiber rear diffuser, the $5906 front spoiler you're bound to scratch, the $4725 carbon-fiber dashboard inserts, and a few other bits, and a Roma could be a great quarter-million-dollar Ferrari. In the prancing-horse world, that's a bargain.