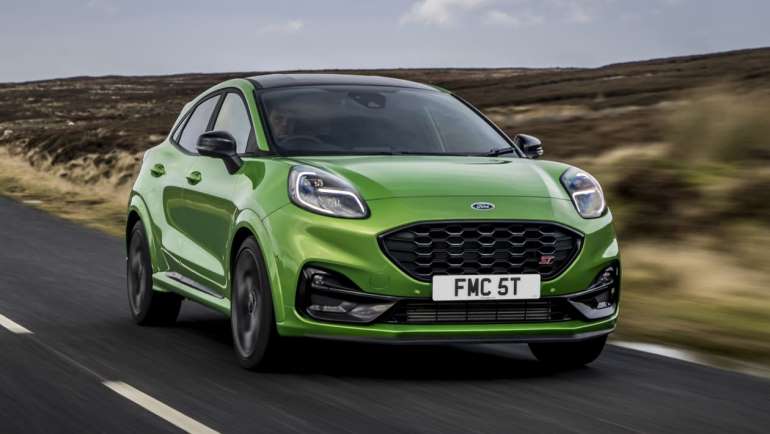 "The Ford Puma ST is great to drive, has a brilliant engine and offers all the practicality of an SUV with hot hatch thrills"

We already liked the new Ford Puma because it’s a practical SUV that’s also good to drive, and now there’s an even sportier version, called the Puma ST, which has a more powerful engine and changes to make it sharper to drive.

Alternatives to the Puma ST include the Volkswagen T-Roc R and the Audi SQ2, although both are both much more expensive and more powerful than the Ford. Don’t assume that it makes them more fun though.

The Puma uses parts from the fantastic Fiesta ST hot hatchback, in particular the 1.5-litre EcoBoost three-cylinder turbocharged petrol engine. It produces 197bhp and 320Nm of torque, the same as in the Fiesta ST supermini, and there’s a six-speed manual gearbox, improved brakes plus suspension changes. 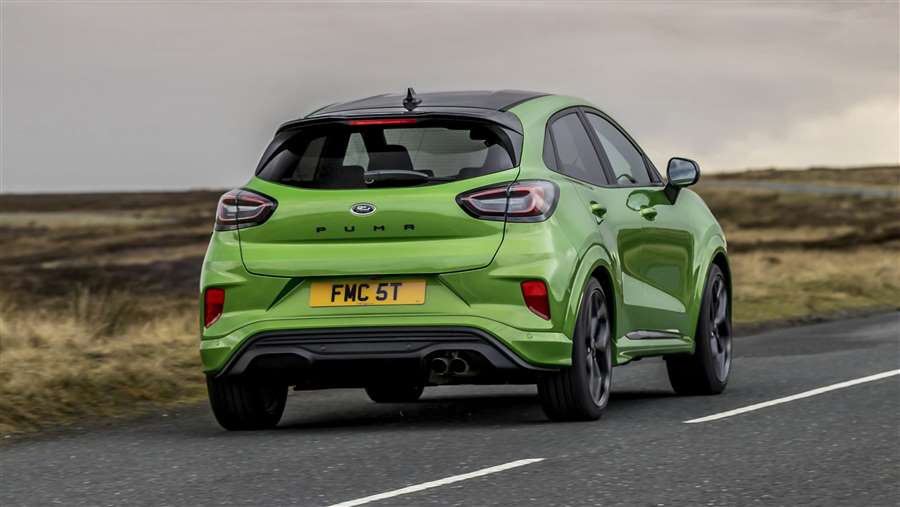 The Puma does drive differently to the Fiesta as it’s a larger car but this is also because Ford has designed it to be better at everyday tasks. It’s more practical than the Fiesta as a result, though not quite as fun to drive.

The Puma is still the best-handling small SUV you can buy and if you need an SUV but want the thrills of a hot hatch, then the Ford Puma ST could be a brilliant buy. Read on to find out more in our full review.

Since the Puma ST uses a three-cylinder 1.5-litre petrol engine, it’s actually fairly economical for a performance car. Don’t set your expectations too high, though, as the ST isn’t as frugal as the standard versions of the Puma.

Official figures suggest that the Puma will return 40.9mpg and emit 155g/km of CO2, which is better than the Audi SQ2’s 33mpg and the VW T-Roc R’s 32mpg. While those are all figures from official tests rather than real-world driving, we still expect the Puma to be more economical.

Engines, drive & performance
One of the best-handling SUVs you can buy

Fast Fords are consistently excellent to drive and the Puma ST is no exception - in fact, we’d argue that it’s the most fun you can currently have in any small SUV. 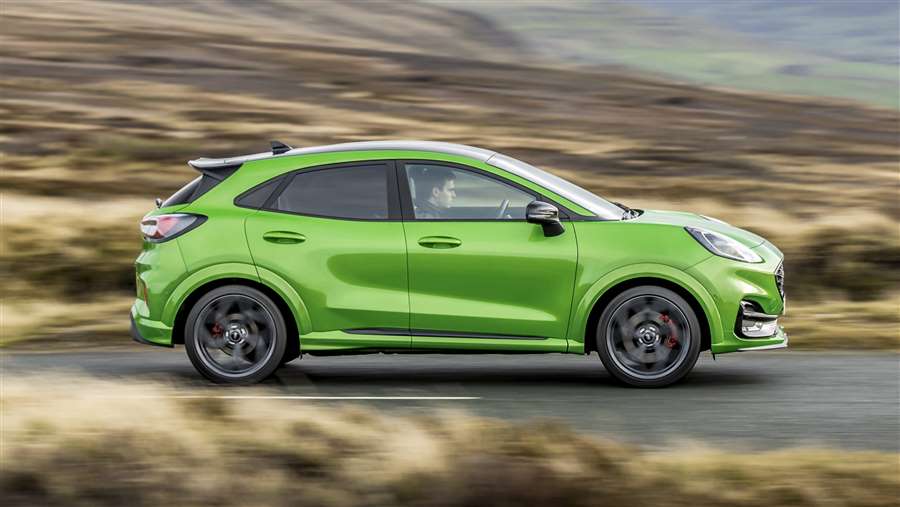 The ride can be a little bumpy at low speeds but once you’re going more quickly, the Puma ST is relatively smooth and feels at home on country roads. It’s great fun to steer through a series of bends on a twisty road.

The steering is very sharp, which can feel a little disconcerting because you can often turn it too much without meaning to. Once you get used to it, this is less of a problem, but it does feel slightly oversensitive.

Performance is very good: the Puma ST goes from 0-62mph in 6.7 seconds, which seems well-judged for UK roads because you can have plenty of fun within the speed limit. It’s not quite as quick as the smaller Ford Fiesta ST but outright straight-line speed is not what this car is about.

The rest of the driving experience is great too; the manual gear shift is fun to use, the pedals are nicely placed and the brakes feel strong and reliable.

In the Puma ST you get some really supportive and comfortable Recaro sports seats as standard, which help to keep you in place when cornering. Larger drivers might find they’re a bit tight.

The ST also comes with a flat-bottomed steering wheel with ST badging, some new pedals and a different gearknob. You also get wireless charging for your smartphone, parking sensors, a 12.3-inch digital driver’s display and an eight-inch infotainment touchscreen with Ford's SYNC 3 software, sat nav, Apple CarPlay and Android Auto.

This makes the Puma ST one of the best-equipped models in the Puma range and while the interior does have some cheaper-looking plastics, the level of technology means it feels modern and pleasant inside.

The Puma ST is just as practical as the standard version

All of the regular Puma’s neat practical touches are still present in the ST model, which is great to see. The fantastic ‘Mega Box’ is present in the boot - this is a huge storage compartment under the floor that’s big enough for a whole family shop. 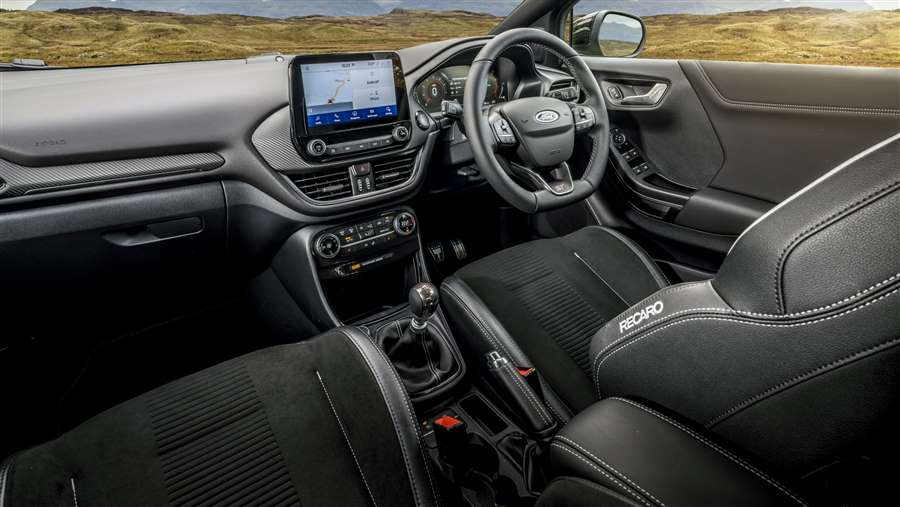 The boot itself is excellent at 456 litres, and the plastic floor means you can even hose it out - there’s a plug at the bottom of the Mega Box that lets water drain away.

Inside the Puma you’ll find a good amount of passenger space, though adults in the back might start to feel cramped on a longer trip.

The Puma ST takes the same Euro NCAP safety rating as the normal car - that being a five-star score with an excellent rating for adult protection. Thanks to autonomous emergency braking (AEB), lane keep assist and adaptive cruise control, it’s packed with safety kit.

Ford came in 24th place in this year’s Driver Power survey, which was disappointing as it’s near the bottom of the list. It indicates that, on average, the ownership experience isn’t as good as it is for many other brands.