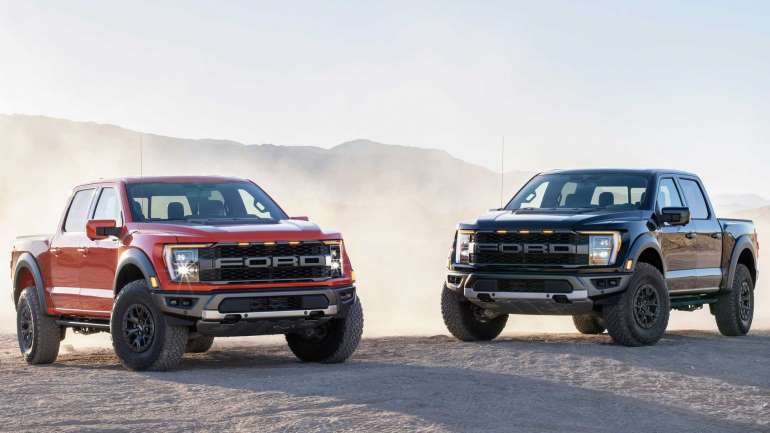 While the rest of the world still sees pickup trucks as "prehistoric" work vehicles whose sole purpose is to do work on farms or construction sites, Americans have long found a way to make them civilized enough to be in every garage "across the pond." parked one copy.

The trend actually began in the late 1970s when pickups first received identical equipment from passenger cars, so American buyers quickly realized that they could use such vehicles for transportation to the office on weekdays and then for small chores around the house or weekend fun. 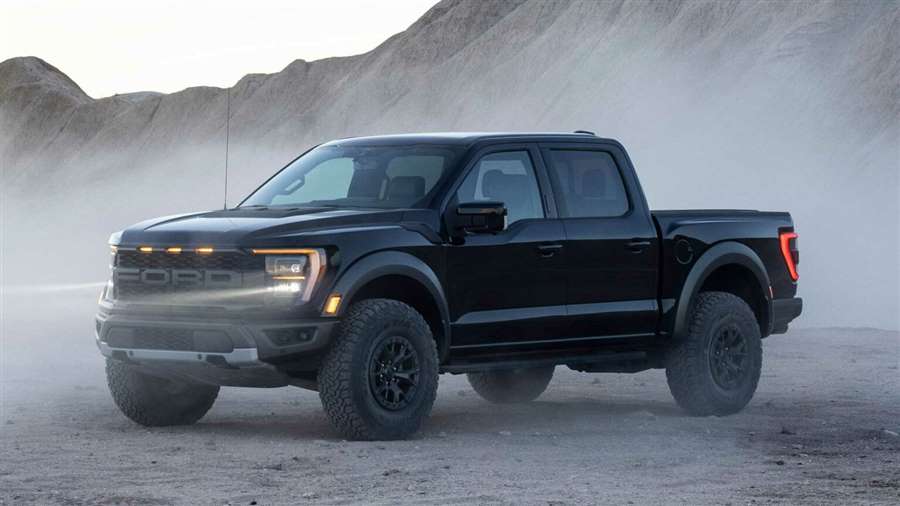 During the nineties, the trend spread to high-performance street racers, but no one dared to make an extreme SUV that will be able to compete on the world's largest "off-road" tracks. And then, in 2008, Ford debuted with the release of the Raptor bestseller F-150 and once again changed the way the "Yankees" see pickups.

There really was no such extreme racer in that period, and how good the Raptor is is perhaps best confirmed by the fact that one of the series finished second in the very demanding Baja 1000 race, which is considered the second biggest field competition after the Dakar Rally. 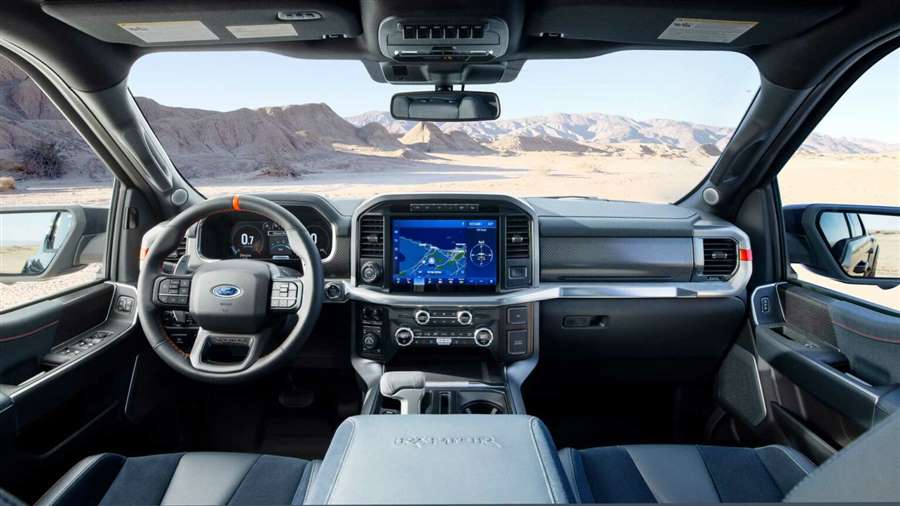 Ford will say it has sold more Raptors in the last twelve years than Chevrolet has delivered units of the Corvette sports model. Although at first glance these two vehicles have nothing in common, their price is almost identical, so they attract customers with an equally deep pocket.

The Raptor also now has competition and a look at the Ram 1500 TRX from Fiat-Chrysler Corporation, whose 702 horsepower looks impressive in addition to Ford's "only" 450 "throats". The second largest American manufacturer is now arriving with the new Raptor and wants to be in the spotlight again.

At first glance, the novelty still doesn’t seem to match the TRX, but Ford assures us that it doesn’t all lie in raw figures such as engine power and acceleration from standstill to 100 km / h in the direction. For starters, the company says that mass is the biggest enemy of high performance, so the solution is not to add strength but to reduce the weight of the truck. And the Raptor definitely delights in that category as it weighs "only" 2,475 kilograms. 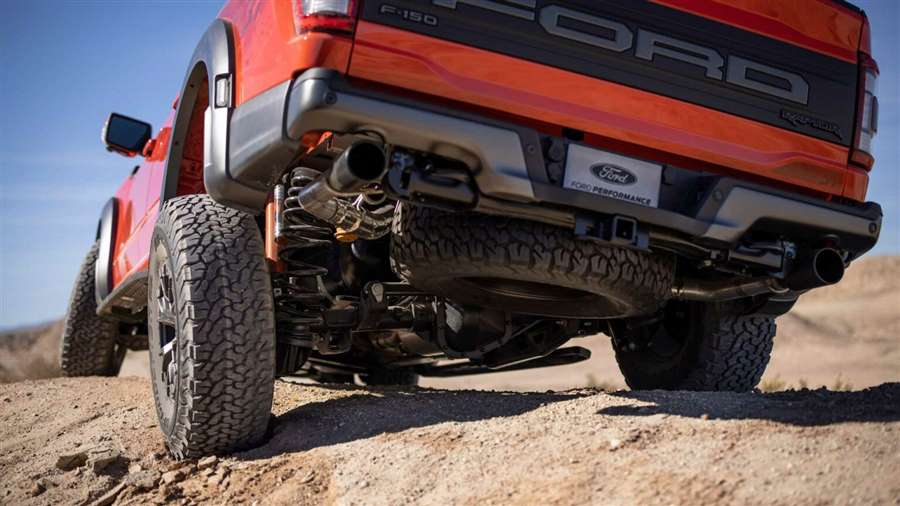 We say "only" because the stated figure is as much as 400 "kilos" lower compared to the Rama thanks to the aluminum construction of the chassis and shell. Perhaps such a figure still seems insignificant, but for vehicles that spend a lot of time "in the air", every gram is worth paying attention to.

The Raptor is not only significantly lighter than the TRX but also dominates in terms of ground clearance. For example, the Raptor boasts 37-inch tires, while those on the TRX are "only" 35-inch. Ford is also better in terms of overall ground clearance (38.1 by 35.5 centimeters) and has developed a suspension to be able to withstand the effort at greater angles. Translated into a simpler language, if you find yourself on difficult terrain from which you need to get out with a slower and planned ride - the Raptor is still the king of its segment. 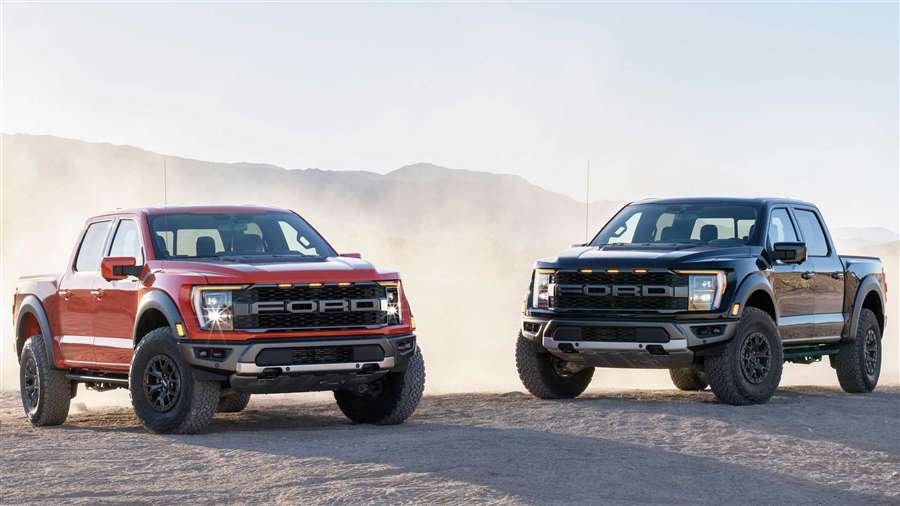 The category we expected the most detail about is the one where Ford has yet to release information. It is, of course, an engine. The Raptor has in the past provided a 3.5-liter with 450 horsepower, which is significantly less than the 6.2-liter petrol with 702 “heads” in the TRX. Ford has announced to us that the novelty will continue to be available only with a V6 engine, at least initially, but its power is still unknown. It is quite certain that the number will be higher than in the past and we can optimistically hope that it will approach the figure of approximately 500 "horses".

Ford also said that the Raptor R with a V8 engine will arrive next year, and we are quite sure that it is a 5.2-liter model from the Mustang Shelby GT500 with 760 horsepower. In all cases, power is transmitted to all four wheels via a ten-speed automatic transmission.

We will mention another very interesting detail, and that is adjusting the driving style. We have already seen some of the regimes from them, such as Normal and Sport, while Baja serves to storm at high speeds through the desert parts of the American federal states of Arizona or Nevada. 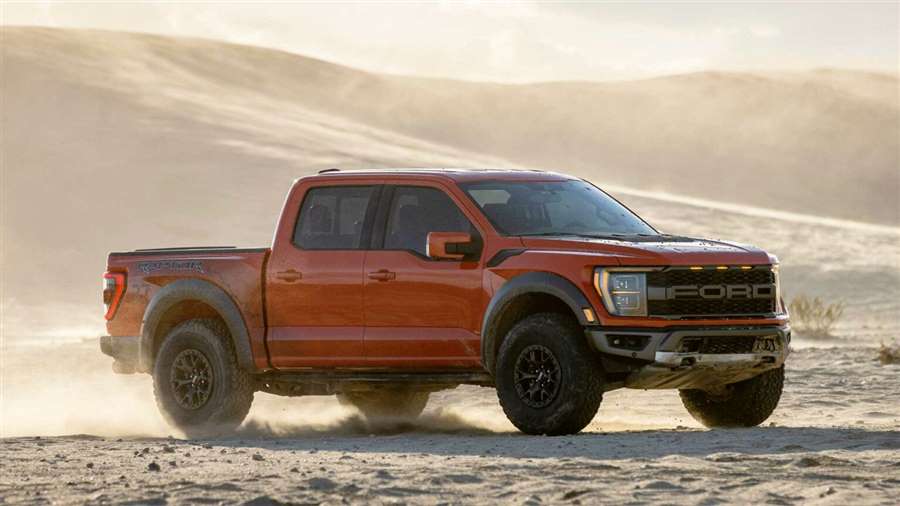 But what is completely new is the so-called "Quiet" regime, or literally "Silence". It allows the Raptor to become even more civilized and not wake up your neighbors if you come home late in the evening or early morning.

The design changes are as we expected. Although the Raptor may look like a standard F-150, the two vehicles actually share only a roof and headlights. Every other stylish part was developed especially for the SUV and we will easily recognize it by aggressive details such as the radiator grille and hood. The interior and equipment have not changed significantly, so we recommend that you read the earlier edition of the new fourteenth generation, where we described in detail what new technology the F-150 brings.

In any case, production will start in the summer, and the new Raptor will arrive in showrooms in October.