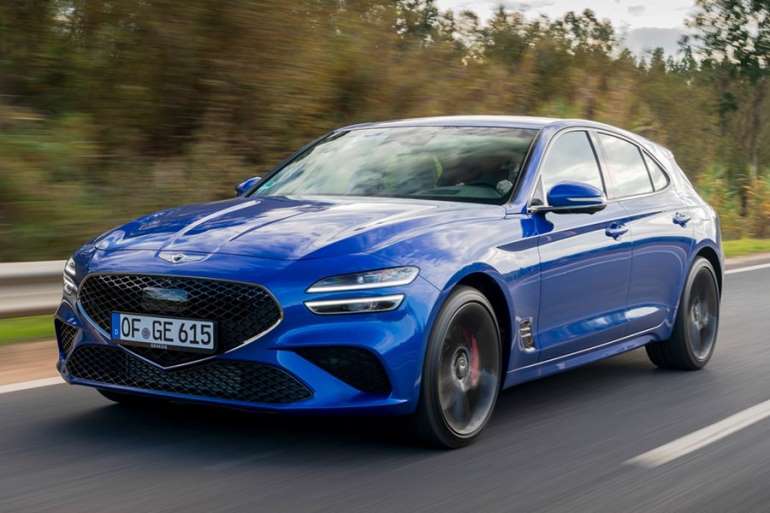 Is the Genesis G70 Shooting Brake any good?

The second model in the Genesis G70 range has been rolled out, and it's a segment-busting estate/hatchback/coupe crossover that should appeal those looking for a stand-out compact executive car. In reality, the Shooting Brake is an estate car, with a commodious rear end and a choice of four-cylinder petrol and diesel engines for those who don't want to go for one of the default-choice German opposition.

With a decent range of cars already on offer – and more on the way – Genesis aims to establish itself as a premium player with a difference. To help on that journey offering a concierge-style package with all of its cars, and hoping that buyers will be swayed away from their BMWs, Audis and Mercedes-Benzes, on the promise of a better standard of service and more left-field cars – we’re looking forward to seeing how it pans out.

If you're looking at one of these, you'll undoubtedly have the BMW 3 Series Touring, Audi A4 Avant and Mercedes-Benz C-Class Estate on your shopping list, but the G70's daring looks mean it's likely to appeal to those also looking for an Audi A5 Sportback, BMW 4 Series Gran Coupe, Volkswagen Arteon or Peugeot 508. It's an interesting line-up...

From the rear seats forward, the Shooting Brake is identical to the saloon inside. So you get the same blend of tastefully hued materials, pleated leather and dashboard that's liberally sprinkled with buttons. It’s no worse inside than a BMW 3 Series or Audi A4, but the Mercedes-Benz C-Class does better. Build quality is impressive, too.

The interior highlight is the optional Innovation Pack, which brings you a 12.3-inch digital instrument cluster that will show you – on screen – what’s happening alongside when signalling left or right. Sounds gimmicky, but it really does work on the move. Other than that, it’s standard digital fare, and it all works seamlessly with Apple CarPlay and Android Auto.

It’s roomy in the front if you like a low-slung driving position, but the rear bench isn’t quite so roomy, with tight legroom being the biggest criticism. Of its rivals, we’d say only the Jaguar XE is more cramped. The luggage space in the Shooting Brake is not bad at all – the carrying capacity with the rear seats down is 1,565 litres, which beats the BMW 3 Series Touring’s 1,510, let alone the 1,300 you get in the sleeker 4 Series Gran Coupe. 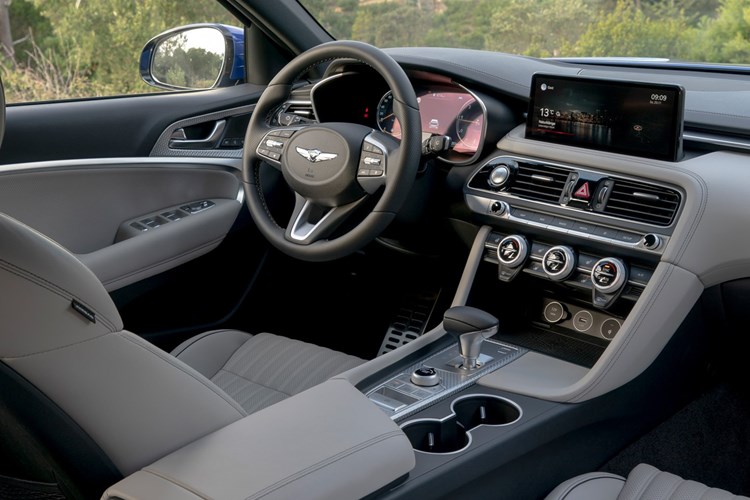 It's based on the same tech and underpinnings as the Kia Stinger and powered by a pair of four-cylinder engines. The choice is between a 2.2-litre diesel and a turbocharged 2.0-litre petrol in 200 and 245hp forms.

The 245hp petrol model's official WLTP fuel consumption is 35.4mpg and that’s someway behind the opposition, especially as you’ll find yourself driving it hard quite often, dragging the economy down further. It doesn't feel too quick on the road, despite a 0-62mph time of 6.8 seconds. Blame that on a kerb weight of almost 1,700kg weight and a lack of mid-range pulling power.

The diesel feels more suited to the G70 Shooting Brake, putting in a solid performance and proving to be at its best when cruising, rather than being driven hard. It’s refined at speed, which is all that most owners will really want. But overall, you're left with the lingering impression that it's a great handling sporting estate in need of better engines.

Like the saloon it’s based upon, the G70 Shooting Brake is very good to drive, and you can tell from the first corner that it's excellent in corners, with fast and responsive steering and a near lack of bodyroll. Considering this is the company’s first entry into the compact executive market, it’s very good – up there with the likes of the Jaguar XE and BMW 3 Series for driver involvement.

As well as enjoying keen handling, the G70 Shooting Brake rides well, and all that you can really criticise it for is above average levels of tyre noise. In terms of comfort, the 3 Series and especially the Mercedes-Benz C-Class have the G70 beaten, even if there's little to criticise its ride quality for. 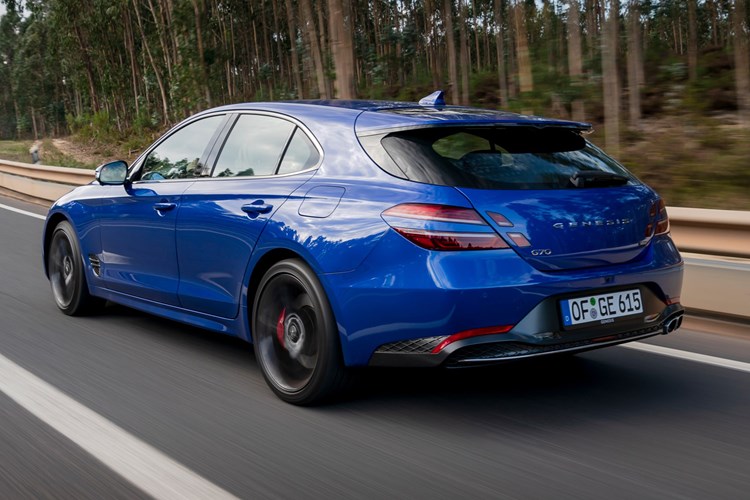 The Luxury models get a heated steering wheel and heated seats, Sport models add more sporting-looking wheels and bodykit. Options across the range include a sunroof, a nappa leather interior and a great-sounding premium sound system.

All variants of the new Genesis G70 Shooting Brake are offered with either a 2.0 turbocharged petrol engine or a 2.2 litre Diesel. The petrol engine in the Premium model makes 197hp, whereas in the Luxury and Sport it makes 245hp. There is only one diesel engine, and it makes 200hp. 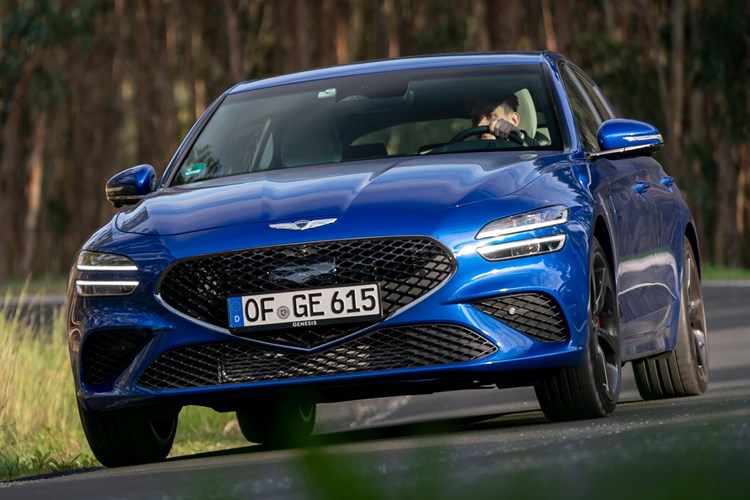 The Genesis G70 Shooting Brake is a very capable and unusual choice in a market dominated by very similar vehicles, and we like it all the more for that. In cold, hard terms, it's not as good all round as the BMW 3 Series Touring, Audi A4 Avant and Mercedes-Benz C-Class Estate, and if you want the best car for your money, you should go with the former.

But it's still an engaging choice, especially considering the extra level of service your Genesis dealer will offer you as a customer. It's not just appealing because it looks interesting. It's also good to drive, with keen handling, and should be fun to live with if you enjoy attacking B-roads on a regular basis. Motorway refinement is also noteworthy, as is the roomy, well-shaped boot (especially considering the swoopy looks).

However, it's let down by an indifferent range of diesel and petrol engines and a lack of any sort of electrification. We suspect its appeal is more deep-seated than that, and most will be sold on the strength of Genesis’s promised customer support rather than the car’s relative merits compared with the opposition.

Tagged under
More in this category: 2022 Genesis GV70 Review: Has Genesis Finally Nailed It? »