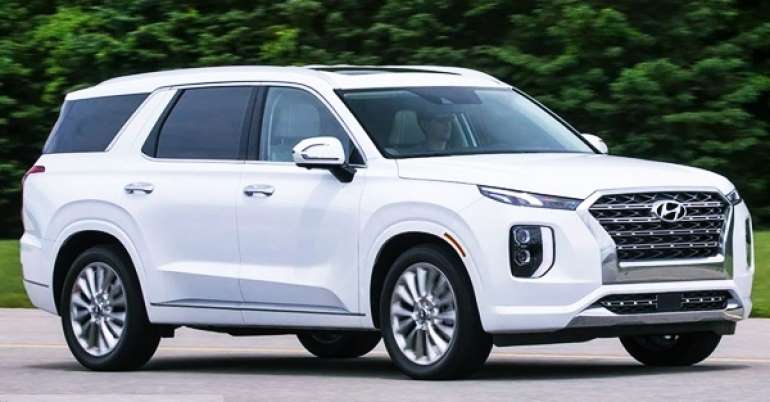 Hyundai has announced promotion of all-new 2021 Hyundai Palisade that debuted at the begging of 2021 model year. With the 2021 Palisade being just its second model year, we expect no significant changes to it.

The Hyundai Palisade is a new styling direction for the brand with its striking front end that includes vertical LED daytime running lights, a sharp grille, and slim headlights. Down the sides, it takes on a more upright stance that gives it an SUV-like look. Around back, the taillights take on a similar vertical orientation as the front lighting while a “PALISADE” logo crosses the rear liftgate adds a premium touch. While its looks may be too much for some, we expect 2021 Palisade to hit showrooms boasting the same design.

Inside, the new Hyundai Palisade boasts a clean dash with a large center console housing the push-button transmission and audio controls, and a small center stack carrying the climate controls. The dash takes on a more horizontal design, which visually widens the cabin and gives it a more upscale feel. Speaking of an upscale feel, buyers can upgrade the cabin to include posh leather upholstery, a 12.3-inch digital gauge cluster, and a 10.3-inch infotainment screen in place of the standard cloth upholstery, analog gauges, and 8-inch infotainment screen. With this all still so new, there are no anticipated changes inside the 2021 Palisade.

We expect the 2021 Hyundai Palisade to rumble on with the same powertrain it has today: a 291-horsepower 3.8-liter V6 paired with an eight-speed automatic transmission. Power will flow to the front wheels as standard, but all-wheel drive will remain an option.

The current Hyundai Palisade is an IIHS Top Safety Pick+ thanks to its “Good” ratings in all crash tests, “Good” headlight rating with the LED projector units, and a “Superior” rating in crash avoidance with its standard automatic emergency braking. With no changes to this crossover’s safety equipment, we expect the same ratings from the 2021 Palisade.

Hyundai has not announced when the 2021 Palisade will hit showrooms, but we expect a first part of 2021 release based on the current model’s release date.

Pricing for this model remains unclear, but with no changes coming, we expect only mild tweaks relative to today’s prices, which range from $32,645 to $47,495 (destination fees included).

Tagged under
More in this category: « 2020 Hyundai Kona Electric Hyundai i20 hatchback review »