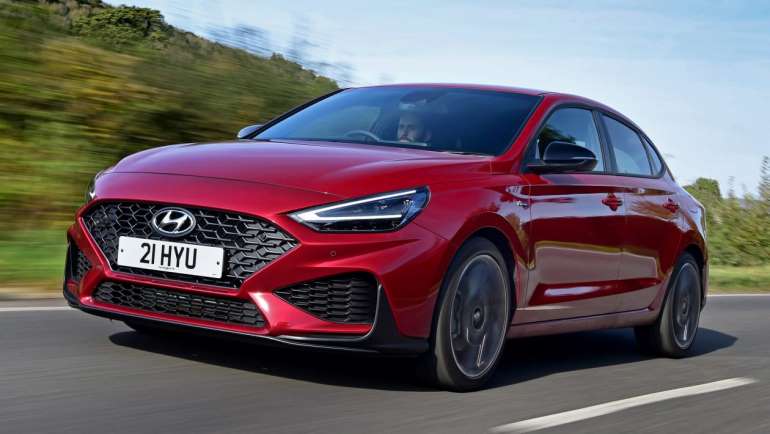 The new Hyundai i30 Fastback N Line looks great, but what's it like from behind the wheel? We find out...

The Hyundai i30 N Line Fastback certainly adds a little more excitement to the compact family car class, but behind the looks is a car that falls short in key areas. The sluggish dual-clutch gearbox and overly firm ride compromise the overall package and its ability as a family car. More sensibly-priced options lower down the range make for better family transport, while those wanting the looks and performance should try to find the extra cash for the fully-fledged N model.

Despite having been around for over 13 years - now half way into its third generation - the Hyundai i30 has never really gained the notoriety of its class rivals, such as the VW Golf or Ford Focus. It’s a competent, comfortable and affordable family car but remains a slightly left field choice in its class.

Hyundai has attempted to address that as part of the car’s mid-life update by introducing a new 158bhp 1.5-litre Fastback model that only comes in the firm’s racy N Line trim. The visual updates are minor but certainly go some way into making what was a rather forgettable-looking family car into something a bit more striking.

A new LED lighting signature and reshaped bumper sharpen up the front end, while gloss black trim on the lower edge of the bodywork and new 18-inch alloy wheels give a more purposeful look to the car. As a Fastback, the N Line makeover really does look the part. 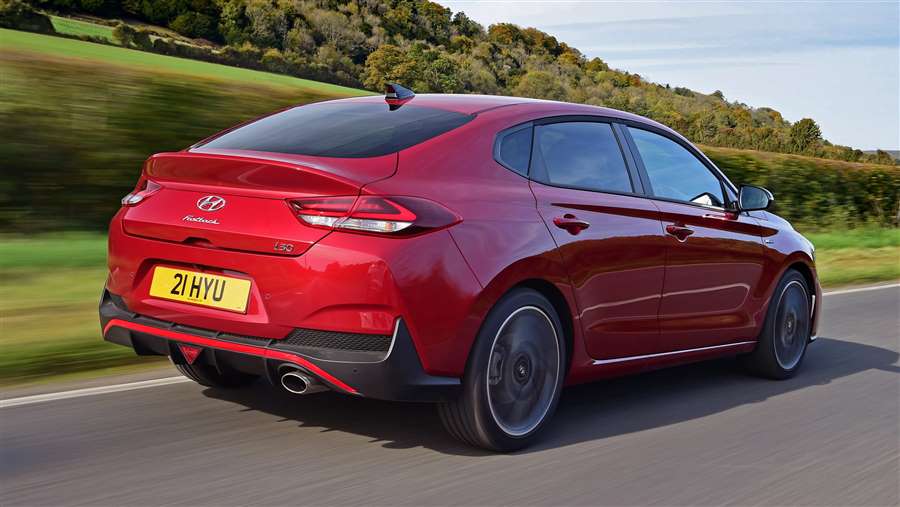 The engine is also new; the previous 1.4-litre four-cylinder turbo has been ditched in favour of a new 1.5-litre T-GDi that develops 159bhp and 253Nm of torque. Performance figures are brisk if not blistering, with Hyundai claiming an 8.8-second sprint from 0-62mph and a top speed of 130mph.

In our test car, the engine drives the front wheels through a seven-speed dual-clutch automatic gearbox. Hyundai’s six-speed Intelligent Manual Transmission is also available, which brings with it a £1,200 saving.

Opting to pocket that extra cash and go for the manual is probably a good idea, as on this evidence, the seven-speed DCT is one to avoid. Whether pulling away from a junction, accelerating to overtake on a dual carriageway or even if you’re just dawdling around town, the gearbox is sluggish and laboured at making changes. Despite being an N Line model, there are no steering wheel-mounted paddles for you to operate the gearbox with yourself, either.

The engine is smooth enough, assisted by the integrated 48-volt mild hybrid technology, but always hampered by the gearbox. However, it’s pretty efficient, nudging above 40mpg over a mix of roads on our test.

There might not be lots of power, but the chassis lets you make the most of it. The steering is part of a responsive front-end that resists understeer well and allows you to maintain momentum through a series of bends.

However, another gripe is the ride quality - or lack of it. Hyundai has seen fit to match the car’s racy new exterior with an equally sporty ride, but this i30 N Line doesn’t possess anywhere near the level of performance necessary to justify such a stiff suspension setup. 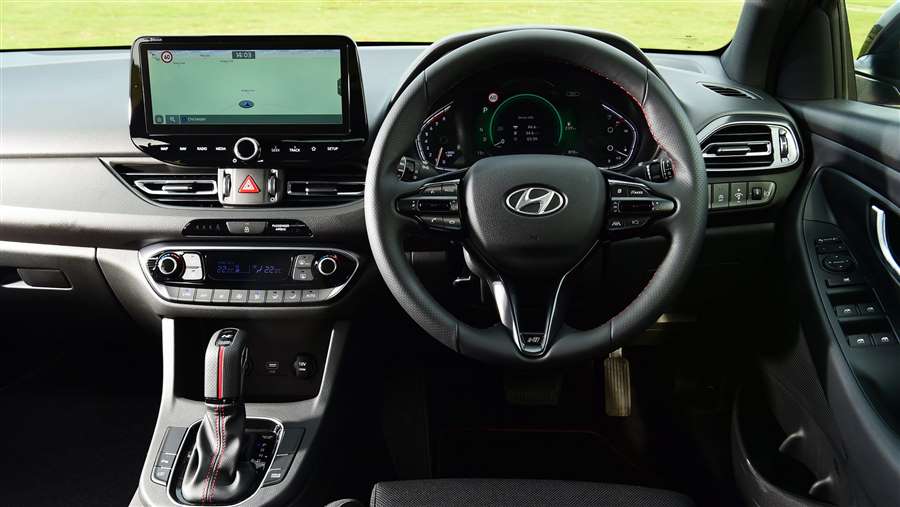 The car constantly fidgets and fights with the surface as you drive along, crashing over bumps that it really should soak up. The dampers are also passive - unlike the proper N model - so even as you cycle through the driving modes, there’s no improving the quality of the ride.

Inside, there have been some welcome tech updates, Hyundai adding a new 10.25-inch widescreen infotainment to the dash that’s compatible with both Apple CarPlay and Android Auto. Wireless smartphone charging and Hyundai’s new Bluelink telematics system, which beams real-time traffic and weather data to the car, have also been added.

A sticking point for most buyers, and what’s likely to make this i30 N Line quite a rare sight on UK roads is its price. At almost £27,000 tested here it’s only a few thousand short of the fully-fledged N car, which has the performance to match its looks. Over a three-year PCP deal, that’s likely to equate to only a few pounds extra per month.