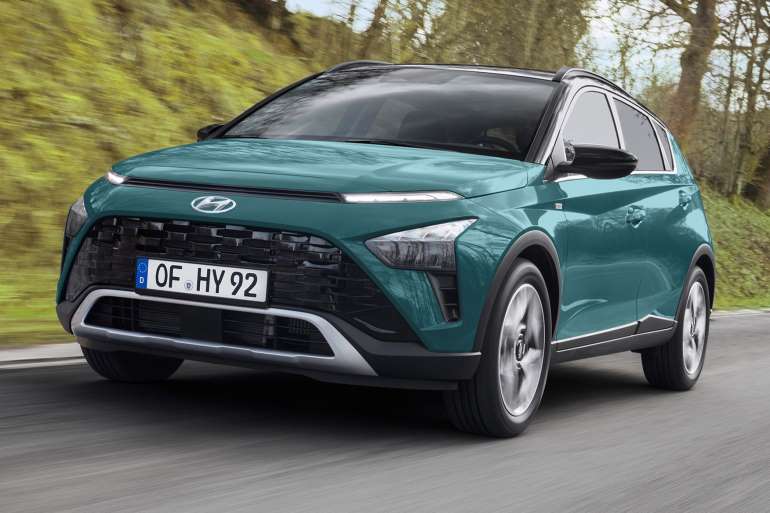 Hyundai's latest SUV set to arrive in the UK this summer

Details about the Hyundai Bayon SUV have been revealed, and it is due to go on sale in the UK in the summer of 2021. It’s designed to be a belated replacement to the ix20, brings with it some big car technology, and is designed to sit alongside the Kona in the Korean firm's multi-SUV line-up.

The Bayon is powered by a range of petrol-only engines, the most powerful of which is a mild-hybrid. It's going to need to impress, as it has a huge number of rivals to fight off for your cash, taking on everything from Ford’s Puma to the Peugeot 2008, Nissan Juke and new Vauxhall Mokka. As a Hyundai, it comes with a comprehensive five-year warranty, and impressive reputation for reliability and build quality. 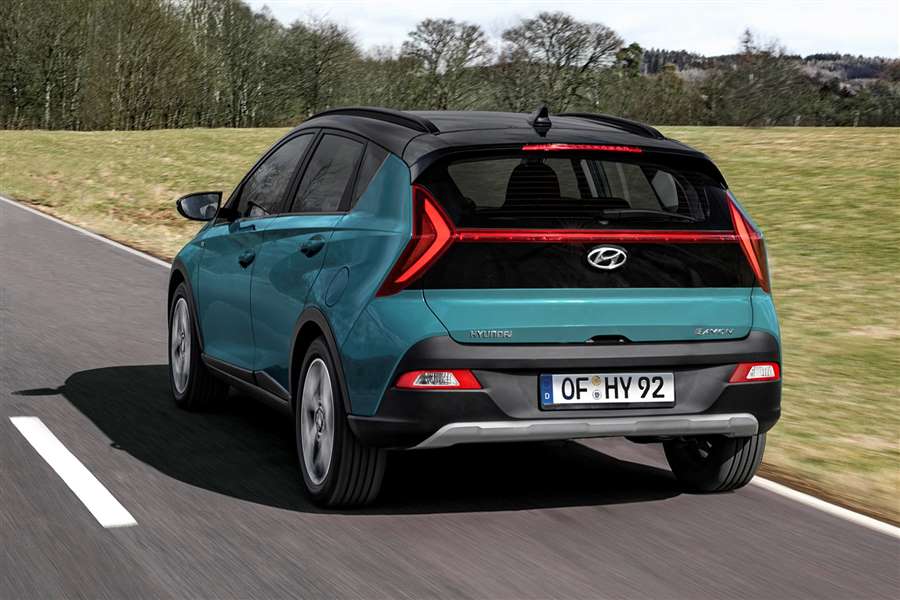 Unlike the ix20, the Bayon’s exterior can’t be described as anonymous, which is something that’s almost a requirement in order to stick out in one of the most crowded areas of the car market. There are some familiar Hyundai cues here: split headlights at the front like the Kona, Tucson and Santa Fe, and a glass-heavy rear end with very interesting kinks in the surfacing.

What's it like inside?
The interior has a lot of the design details shared with the recently-launched the i20 hatchback: big screen in the centre, digital dials, straked vents that stretch across the width of the dashboard.

You get a choice of 8.0- or 10.25-inch infotainment screens. The entry-level version includes wireless Apple CarPlay and Android Auto. In addition, a 10.25-inch digital instrument panel is available with different graphics, depending on the drive mode and the driver selection. 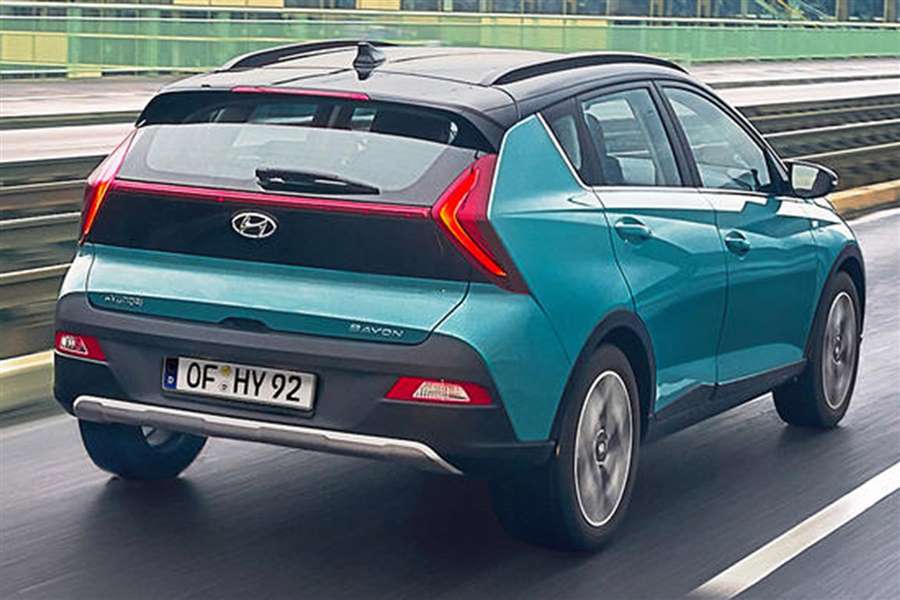 It also comes with the latest version of Hyundai’s Bluelink online connected set-up, which gives you real-time data for journey planning, you can create user profiles for all the people who drive it, and there's even a calendar to which you can add your Google and Apple meetings too. You can locate, lock, and unlock the car remotely using the Bluelink app on your smartphone.

As for interior space, it’s about average in terms of roominess in the Bayon, with a 411-litre boot – a little smaller than you’d get on a Nissan Juke or Ford Puma. It comes with an 'intelligent' luggage cover that can be slid along the rear of the back seat to fully separate the passenger compartment from the boot area.

What's it like to drive?
We've yet to try the Bayon in the UK, but our colleagues at Auto Zeitung in Germany have driven the 1.0-litre mild-hybrid version. The electrification means that this 120hp model is unusually quiet for a three-cylinder engine, although the 0-62mph time of 10.4 seconds and maximum speed aren't that impressive compared with its rivals, especially its in-house rival, the Kona. 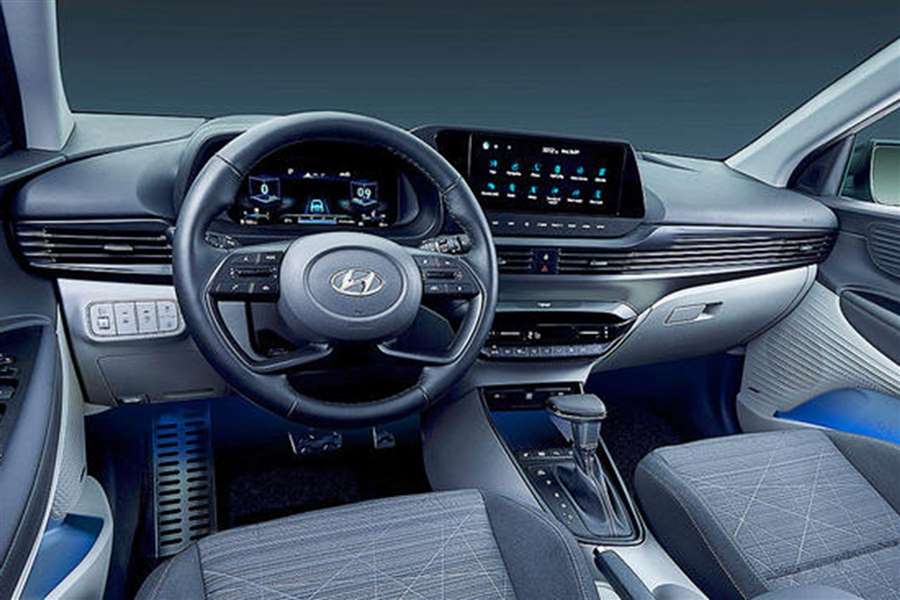 It gets good marks for its agility in the city - it's zippy and easy to steer - but it also performs well on A-roads and motorways. We'll learn more in the coming weeks and months once we try a wider selection of models in the range.

What models and trims are available?
There’s no hybrid – plug-in or regular – here, neither is there an electric variant like the Vauxhall Mokka-e or Peugeot e-2008. Instead, there’s a base-spec 1.2-litre petrol, but the (slightly) more interesting options come in the shape of a 1.0-litre turbo with either 100 or 120hp – the latter of which has mild-hybrid assistance. There’s no diesel option.

Go for one of these and you have the choice of a six-speed ‘intelligent’ manual gearbox or seven-speed dual-clutch automatic.

That manual option allows at-speed coasting when you release the accelerator – something usually reserved for the most sophisticated automatics - in order to boost fuel efficiency. When put into Sport mode, the intelligent manual also has rev matching – something only seen thus far on Hyundai’s N performance range. 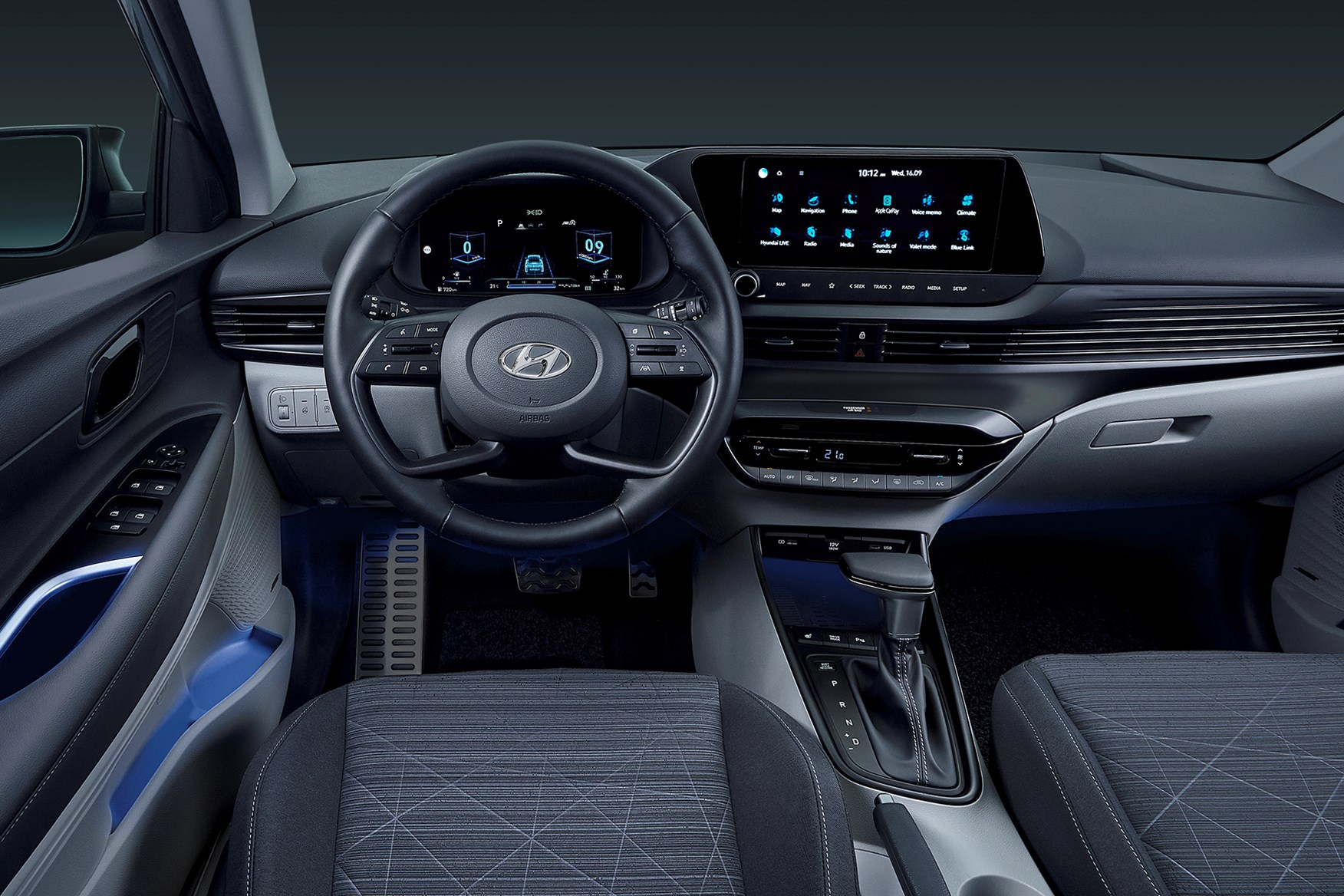 What else should I know?
The Bayon is strong on safety features, with Hyundai claiming it to be 'best in class' in terms of features. It comes with Hyundai's SmartSense safety package, which includes Navigation-based Smart Cruise Control (NSCC), Intelligent Speed Limit Assist (ISLA), and Lane Following Assist (LFA).

Prices aren’t confirmed yet, but expect the Bayon to start with a cash price of around £18,000. That makes it cheaper than the Nissan Juke and Ford Puma, but close to the Skoda Kamiq and, of course, the Hyundai Kona. The firm says the Bayon will be available in summer 2021.