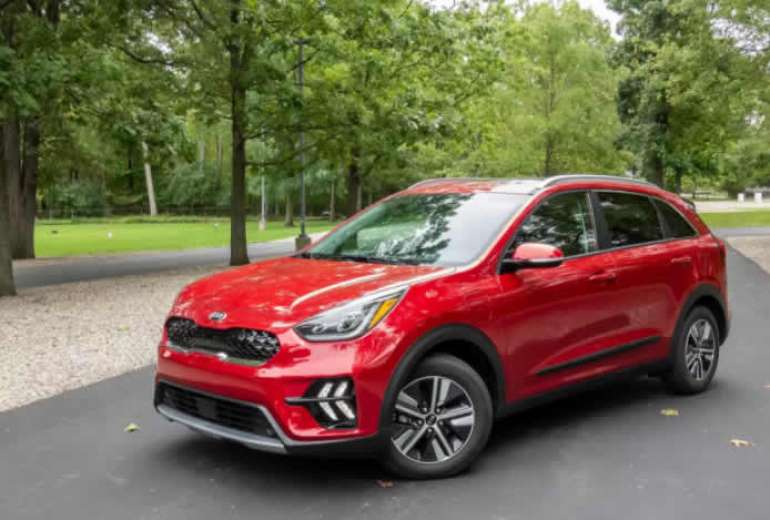 The Kia Niro Plug-In Hybrid’s efficiency, practicality and utility are outweighed by its unpleasant driving experience.

Newer, next-generation plug-in hybrids are here, and they feel far more refined than the Niro PHEV while offering up competitive technology, comfort and, in some cases, superior range — not to mention all-wheel drive.

I was about 5 miles into my first spin behind the wheel of a 2020 Kia Niro plug-in hybrid when I realized this was not going to be a pleasant motoring experience. Those 5 miles made me realize just how much electric and plug-in vehicles have improved in the past decade. Gone from most of the market’s electrified vehicles are those artificial-feeling brakes, numb steering, odd powertrain noises and nonlinear, jerky, odd acceleration and deceleration qualities. “Most” is the operative word here, though, as I’ve apparently found one vehicle that hasn’t gotten the memo yet — the Niro Plug-In Hybrid. This crossover-style wagon has a few issues in terms of how it drives and performs, but if it’s as efficient as it seems to be and provides a decent amount of occupant room and cargo space, is that enough to overcome its driving deficiencies?

The Kia Niro comes in three flavors: hybrid, plug-in hybrid and pure electric vehicle, the difference being the size of battery pack each car has and how far it can drive in electric-only mode. The hybrid has no plug-in ability and operates much like any other hybrid out there, while the EV has no gasoline motor to help it recharge on the go, meaning it operates only in electric mode. The PHEV version is kind of the best of both worlds — it operates first and foremost in electric mode but uses its onboard gas engine to keep the vehicle moving and recharge the batteries when they’re depleted. Plus, it provides extra propulsion even when they aren’t. The PHEV version can also be plugged in to refill the battery, allowing you to drive in electric mode using land-generated power instead of electricity created by the onboard engine. 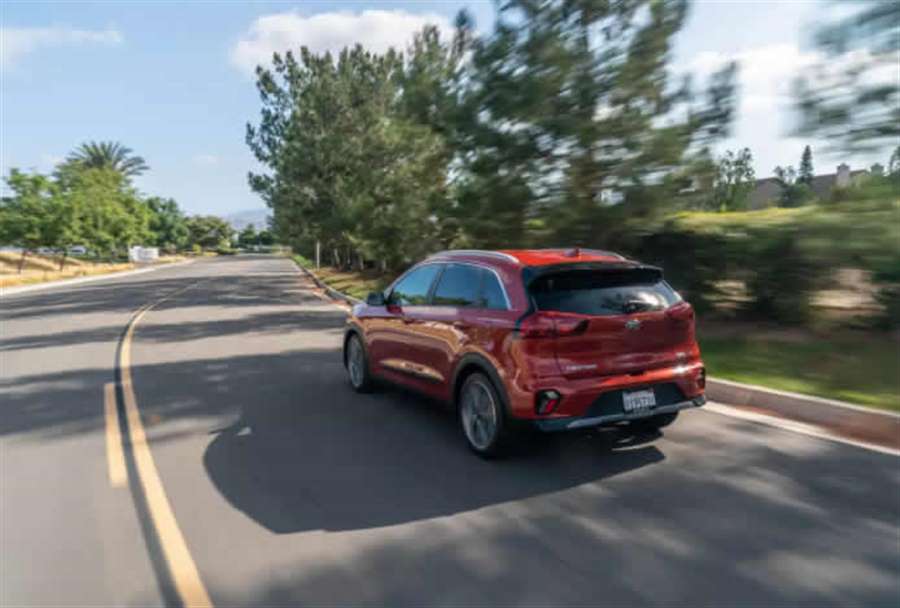 The Niro PHEV is powered by a 1.6-liter four-cylinder engine paired with a 60-hp electric motor for a total system rating of 139 hp and 195 pounds-feet of torque. The system is mated to something rare in a hybrid — an actual automatic transmission. In this case, it’s a six-speed dual-clutch unit. It’s far more common to have a hybrid employ a continuously variable automatic — to more easily make use of the mixing of gasoline and electric propulsion methods — but Kia’s gone for something different here, and it doesn’t work that well. The six-speed transmission does not shift smoothly, especially under deceleration, and seems to be at odds with the electrified gasoline powertrain. The engine and electric motor combination is also less than adequate: Acceleration is slooooow, without any of the zippiness one usually finds in cars with electrified powertrains.

The Niro PHEV feels heavy and ponderous whether you keep it in EV-only mode or allow it to mix in some gasoline-sourced propulsion. It behaves like an old-school hybrid, one from the days in which automakers were still ironing out the interaction and function of hybrid systems. Putting the Niro into Sport mode does not help matters; the brakes are terrible, with an artificial, nonlinear feel. The last 10 feet of any stop sees the mechanical brakes grab with sudden bite, causing head-bobbing among occupants regardless of how carefully and smoothly one tries to bleed off speed. The regenerative braking function has a few settings, controlled by the paddle shifters in normal mode (Sport mode turns them back into gear selectors). The most aggressive regen mode is far too aggressive, again causing passenger discomfort when the driver lifts off the accelerator, while the mildest setting doesn’t seem to do much. 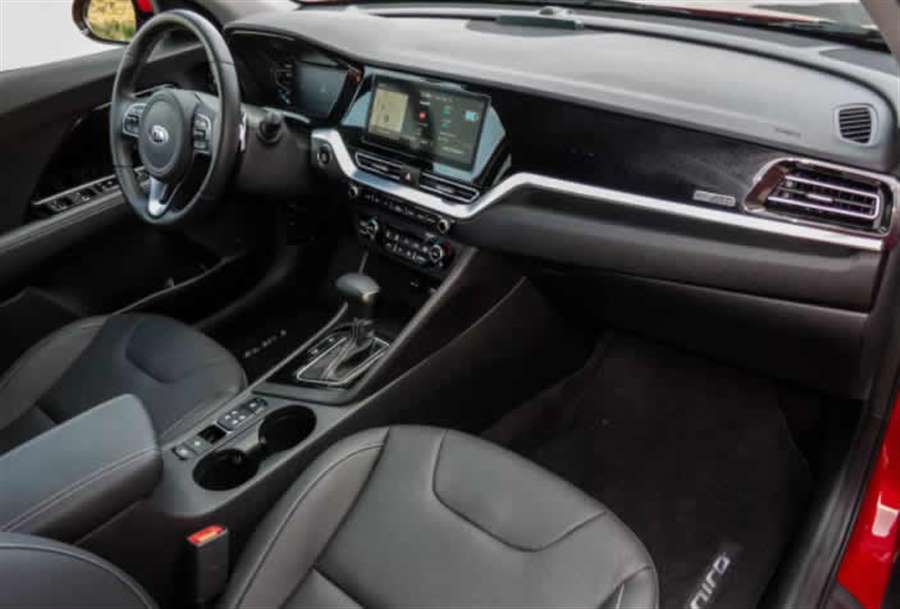 The car doesn’t ride or handle well, either, weighing about 3,400 pounds and featuring slow, highly boosted steering and a stiff ride that transmits a lot of bumps and noise into the cabin. In short, the Niro PHEV simply isn’t a pleasant car to drive.

So if it’s not particularly pleasant, does the Niro PHEV at least make up some ground on practicality or efficiency? Yes, it does. Being a plug-in hybrid means it can operate in electric mode for a limited distance before needing to employ its onboard gas engine to keep going, allowing drivers to get to a charging station to refill the battery. It can also use that gas engine to add additional propulsive force (so if you’re in EV mode and floor the accelerator, it’ll add some grunt to the mix) to maintain a certain level of charge on the battery while cruising, or even to recharge the battery while you’re driving. I took the Niro on my traditional plug-in-hybrid testing loop to see how far it would go on electricity alone, starting with a full battery and driving mixed urban streets in EV mode with the climate control off and the windows up until the gas engine kicked on — no hypermiling, just driving normally and smoothly, sticking to posted speed limits.

The Niro PHEV is rated to go 26 miles on electricity only, then topping out at a total range (gas engine included) of 560 miles (assuming the EPA’s gas-only fuel economy rating of 48/44/46 mpg city/highway/combined). My test saw the Niro PHEV best that number, delivering 32.8 miles of observed electric range before the gas engine kicked on — a 26% improvement over what the EPA said the car would achieve. Recharging the fairly small 8.9-kilowatt-hour battery from a household 120-volt outlet should take about nine hours, according to Kia, or 2.5 hours on a more powerful 240-volt charger. (DC fast charging is not an option on the Niro PHEV.) So yes, it does have the expected plug-in hybrid chops, allowing most people to commute electrically the majority of the time and giving drivers options as to how they’d like to allocate power — either maintaining the battery charge by using the gas engine, recharging the battery en route, or draining the battery every time they drive and recharging it at home.

Utility Is Strong, Comfort Is Mixed

The Niro’s practicality isn’t limited to its hybrid efficiency; it genuinely works as a small compact SUV. There’s plenty of occupant space up front and in back, with more than adequate backseat legroom. Cargo room is also surprisingly plentiful, as the batteries for the hybrid system don’t intrude much into that space. Headroom is also plentiful, and the seats are decently sized and supportive. It works quite well as a small family crossover in terms of roominess, efficiency and utility.

Its comfortable seats, though, are tempered by the fact that ride quality is only mediocre, with a lot of bumps and noise transmitted into the cabin. In fact, noise is one of the more troublesome aspects of the Niro PHEV — and not just road and wind noise, but noises the car generates. It feels like it’s always dinging or beeping at you: the moaning low-speed noise all EVs are required by law to broadcast as a warning to sight-impaired pedestrians, the beeping when you shift into Reverse, the welcome noise, the shut down noise, the warnings. The appeal of a quiet EV is never met with the Niro. 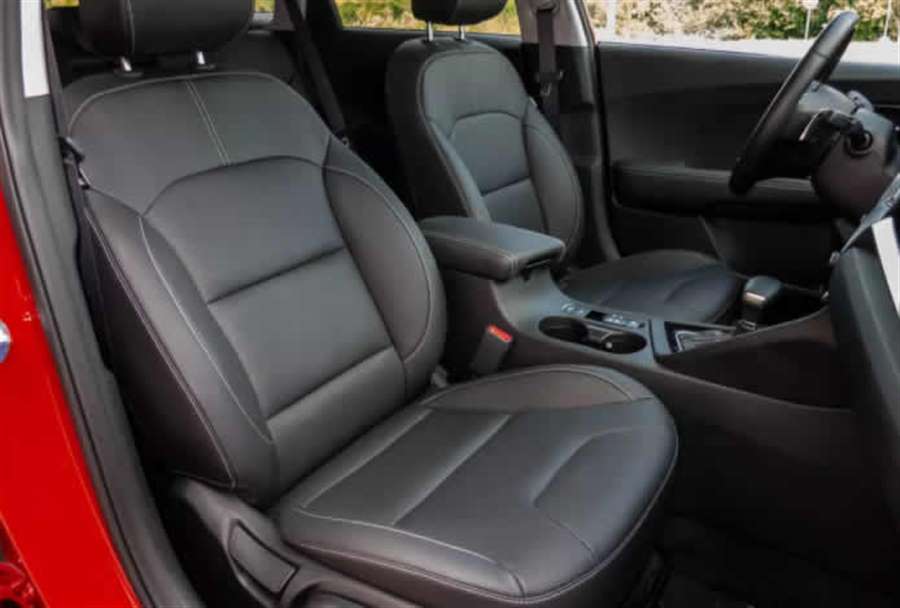 The interior design is also quite good when it comes to the buttons, switches and multimedia system. Kia and its sister brand Hyundai have the secret to a good multimedia system, and while the one in the Niro PHEV might not be Kia’s latest and greatest, it’s still miles better than most. It’s accompanied by plenty of dedicated buttons that are big, easy to locate while driving and very complete. The voice commands are questionable in their function, however: Asking the car to change the radio to SiriusXM’s NPR channel somehow got me navigation directions to the nearest Pier 1 outlet.

The Niro comes in several versions at several prices for the 2020 model year. A plain, basic Niro hybrid starts at a not-inconsiderable $25,710 including destination, while the base Niro PHEV starts at $30,610 and the Niro EV begins at a hefty $40,210. (That said, plug-in models may be eligible for federal or local rebates or tax advantages.) My specific test car was a Niro PHEV EX Premium, which comes nearly loaded for $37,510, with options limited to paint color, cargo accessories and mats. My as-tested price was $38,085 before any tax credits.

Stacking the Niro PHEV up against a proper competitor is not easy given few other plug-in hybrids offer the same body style as the Niro — a tall sort-of-crossover, sort-of-SUV, sort-of-wagon. The closest competitor might be the Subaru Crosstrek Hybrid, which went all plug-in for the 2018 model year and starts at nearly $5,000 more than the Niro PHEV. The Subaru does have a few advantages, however, such as standard AWD and Subaru’s standard safety systems, but it doesn’t achieve the Niro’s range, with only 17 miles EV-only and 480 miles overall.

Two plug-in hybrid SUVs are available for 2020, one from Ford and one from Toyota. The 2020 Ford Escape Hybrid PHEV is front-drive only, as is the Niro PHEV, and starts a little more than $3,500 higher than the Niro PHEV. It features more interior space and greater range: 37 miles EV and 530 miles overall. Another AWD option is the 2021 Toyota RAV4 Prime, which has a range of 42 miles EV and a bladder-busting 600 miles overall — but costs a whopping $8,600 and change over the base price of a Niro PHEV.

There are better plug-in choices than the Niro PHEV these days. It feels a generation behind many of its hybrid and plug-in contemporaries in terms of powertrain refinement, and its practicality, efficiency and utility sadly don’t outweigh its general unpleasantness to drive.