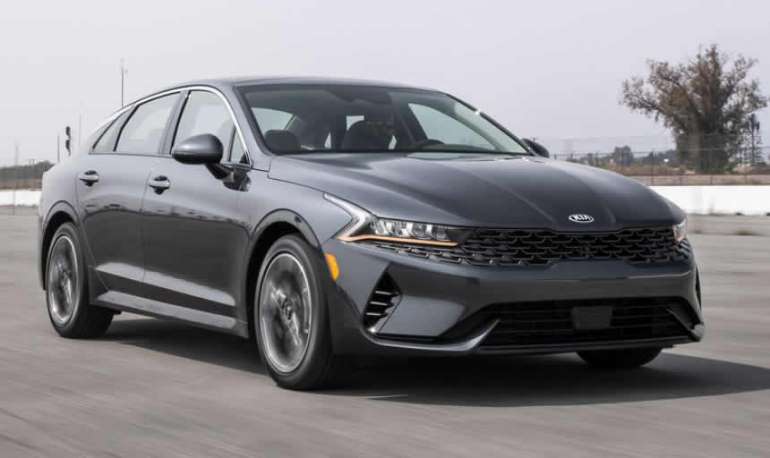 Previously known as the Optima, Kia's new family sedan tries to stand out in a competitive segment.

The 2021 Kia K5 is trying to impress. This midsize sedan replaces the Optima in North America and adopts sportier styling than that of its predecessor. The Optima wasn't really known for its dynamic experience—it was a nice sedan that didn't impress or disappoint. With the K5, however, Kia seeks to change that. An all-turbo powertrain lineup, available all-wheel drive, and a spacious cabin all help the K5 generate some buzz in the still-crowded midsize sedan segment.

Whether you like it or hate it, the K5 is easily spotted in a crowded parking lot. The front end gets a new iteration of Kia's "tiger nose" grille and adds fake air vents, plus those Z-shaped daytime running lights. The rear is more mature, as it adopts dual exhaust tips and taillights that connect via a thin LED strip. The flashier exterior made an impact on our judges—some welcomed the new styling direction, but testing director Kim Reynolds described it as "more alien than interesting." 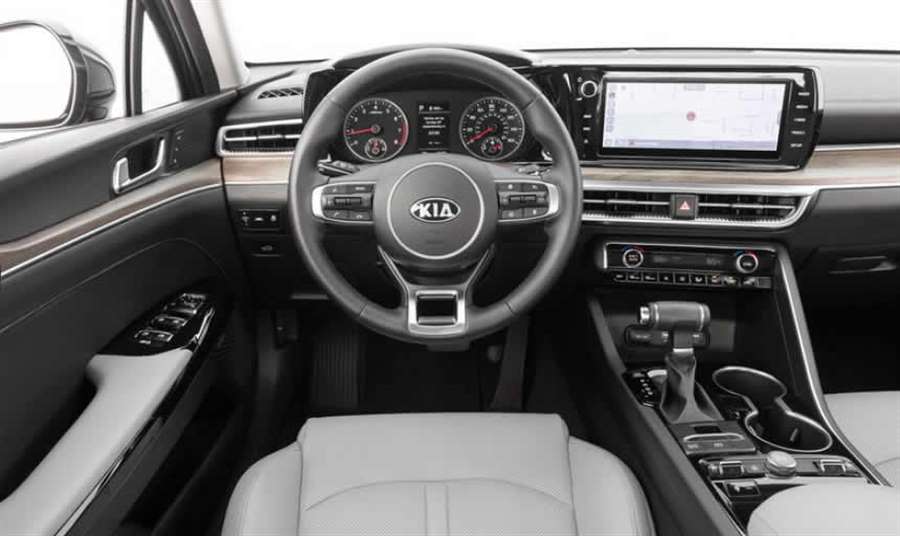 Sharing its platform and powertrains with the Hyundai Sonata, the K5 has a turbocharged 1.6-liter four-cylinder base engine with 180 hp and 195 lb-ft of torque. The optional turbo 2.5-liter is only available in the GT model, where it produces 290 hp and 311 lb-ft of twist. With its extra power, the K5 GT is much punchier than the Honda Accord 2.0T and delivers more torque than the Toyota Camry V-6.

Naturally, the 2.5-liter became the favorite among judges, as it made the K5 more fun to drive. The GT also handled well in our figure-eight test (though its sport suspension delivered a stiff ride on the street). We were especially thankful that Hyundai and Kia are still differentiating these platform-sharing cousins at a time when many automakers are dropping out of the sedan segment altogether.

With the Hyundai Sonata also participating in this year's competition, judges tried to find the differences between both (besides the sheet metal). "There was a spell when their products were very different from one another, but after getting out of the Sonata N-Line and into the K5 GT, the lines are increasingly blurred," features editor Christian Seabaugh said.

Although the Kia K5 and Hyundai Sonata drive similarly to each other, the differences were more notable inside. Our top-of-the-line K5 EX came with heated and ventilated front seats, a heated steering wheel, a 10.3-inch touchscreen with Apple CarPlay and Android Auto compatibility, and a panoramic sunroof. When compared to the Sonata SEL Plus, which is a trim below the fancy Sonata Limited, the K5 EX misses some important features, such as a digital instrument cluster and the ability to use your smartphone as a key. The "Smaht Pahk" feature that made the Sonata a star during the Super Bowl is also not available in the K5. But with a $32,355 price tag, this K5 EX offered a lot of bang for the buck. 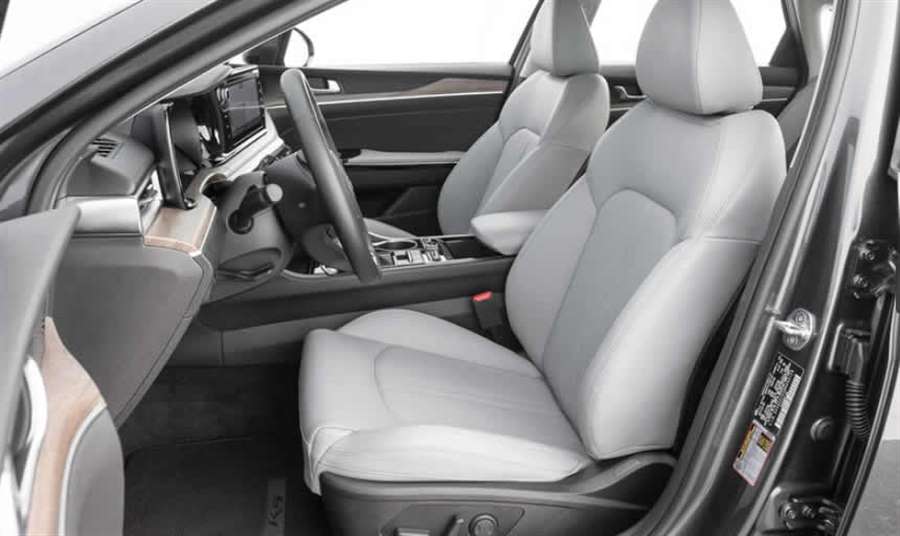 We had mixed opinions when it came to the interior styling. Some judges preferred the K5 and its traditional shifter, but others liked the Sonata's airy cabin, a result of its compact button shifter. "As much as I like the fake wood trim and the different dash, I don't think the K5's styling will age well," Motortrend Buyer's Guide director Zach Gale said. On the other hand, editor-in-chief Mark Rechtin preferred the K5's driver-oriented center console: "Everything is within easy reach."

Although the K5 brings significant changes to Kia's midsize sedan, it didn't have enough to move the needle for our editors. And even though it stands out among the competition in terms of design and optional powertrains, it continues to be overshadowed by the Accord (and perhaps even the Sonata).