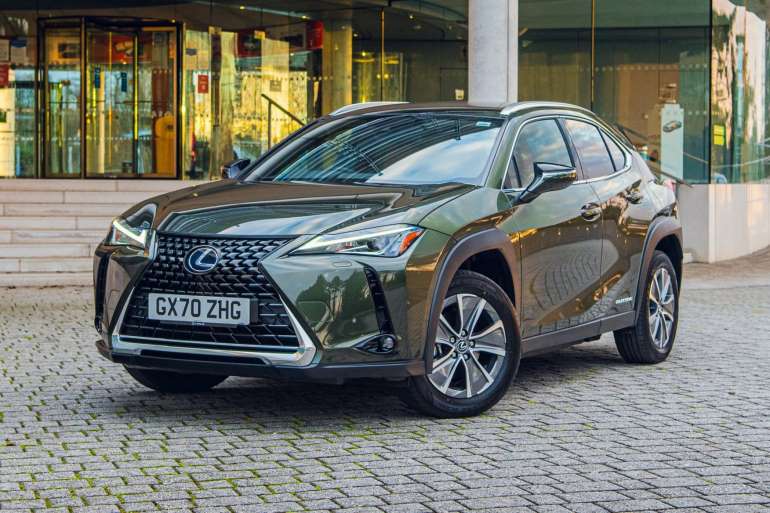 All-electric power has been a long time coming for Lexus

Lexus was a pioneer brand when it came to hybrid cars but it’s really dragged its feet when it comes to full electrification. The UX 300e is its first ever electric car, and it’s not a purpose-built model – it’s the UX SUV converted to electric power.

We’ve reviewed the standard UX in depth and even lived with one for six months, so this review will concentrate on the differences between the regular hybrid car and the 300e electric. 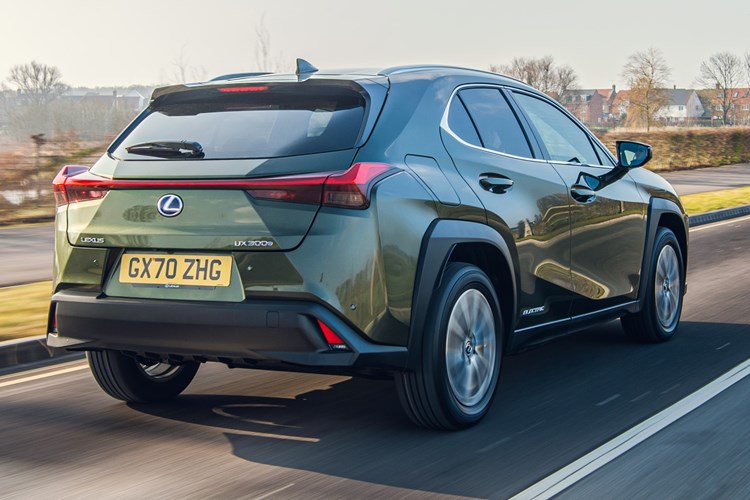 Lexus sees the UX 300e as a rival to other premium-branded electric cars such as the Tesla Model 3, Volvo XC40 Recharge, or the Audi Q4 e-Tron. The on-paper stats aren’t particularly impressive though, as it costs more to buy than entry-level examples of the Tesla or Audi but offers less performance and a poorer range.

So why would you buy a Lexus UX 300e instead of those cars?

It’s a mixed bag inside the UX 300e as it is with the standard UX. There are some really good things but others feel below par.

We’ll start with the good. Material quality is top-notch and so is build – this is a Lexus hallmark and quite honestly, we’d expect no less. The UX 300e is free of any squeaks or rattles inside, and combined with excellent soundproofing it’s incredibly refined. That’s good, as often the lack of engine noise (an electric car doesn’t have an engine, after all) can sometimes highlight refinement issues in other cars. 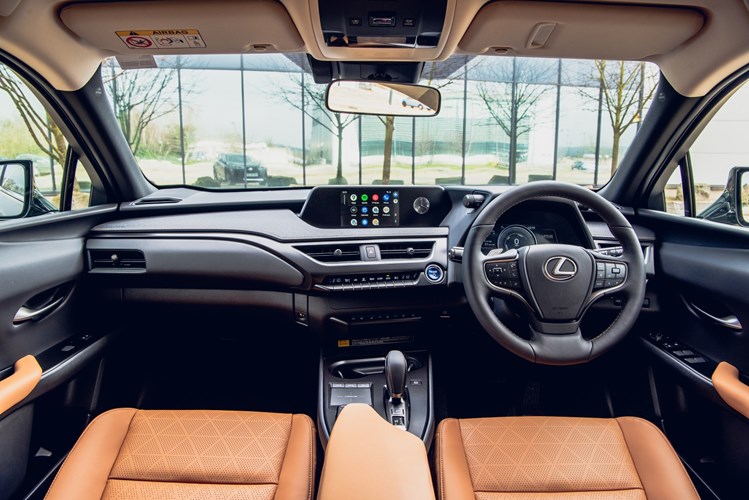 Seat comfort is another highlight. The UX has front seats that are supportive and very comfortable, with plenty of adjustment. Rear passengers aren’t so well-catered for – the seats are comfortable, but they sit high with the battery underneath them and there’s no space to slide your feet under the front seat either.

Other aspects of the interior aren’t very practical either. The boot is incredibly shallow, and even a regular bag of shopping is too tall to comfortably sit under the parcel shelf. Curiously, it is actually larger than on the hybrid UX, but not much larger.

The infotainment is also a real sticking point. It’s not controlled via a touchscreen like all of its rivals – instead, you have to move a mouse pointer around the screen with a touchpad on the centre console. The interface is ugly and dated, and interacting with it in this way is a real pain.

Thankfully, Apple CarPlay and Android Auto do come standard, though it’s rather mean that the standard car only gets a 7.0-inch display – if you want the larger 10.3-inch display with built-in navigation you need a pricey options pack.

The UX 300e uses a 204hp electric motor paired to a 54kWh battery that sits beneath the floor and rear seats. It drives the front wheels, and gives the car a 0-62mph sprint of 7.5 seconds and a top speed of 100mph.

That’s not very quick when you consider the cheaper Tesla Model 3 will do the same sprint in less than six seconds, but the UX doesn’t feel slow on the road. Put your foot flat to the floor and the front wheels will lose traction, and there’s more than enough grunt to zip through traffic or to easily join a motorway. 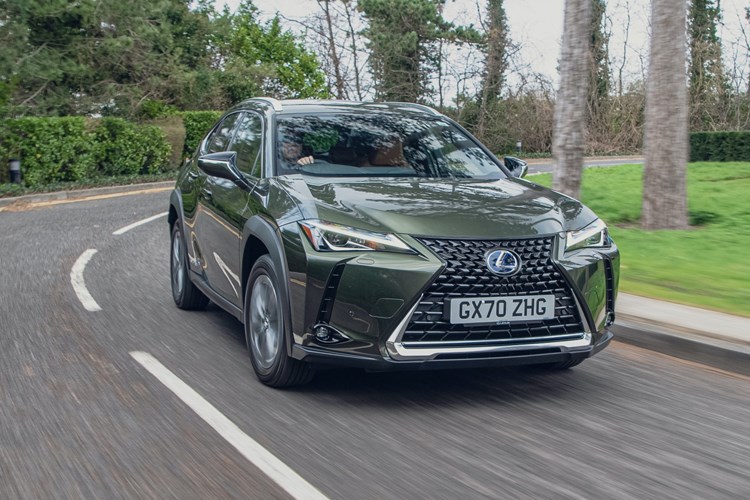 The steering is accurate, but the controls are all quite remote and lack any real feedback – even in ‘Sport’ mode this doesn’t feel like a car for a keen driver.

What it does do very well is comfort. The UX rides very well for a small electric car, ironing out road imperfections that much larger cars struggle with. It’s also very refined, with zero engine noise and an absolute minimum of wind and road noise.

The UX claims a range of 196 miles. When we climbed into it we were presented with a calculated range figure of 170 miles.

That number’s rather disappointing when you put it against this car’s rivals. The equivalent Tesla Model 3 claims a 305-mile range – that’s up to 316 miles for the Audi Q4 e-Tron 40.

While the UX certainly has a usable range for many people, it’s behind the pace for a premium EV. It relegates the UX 300e to second-car duties in most cases, rather than being an outright replacement for a petrol or diesel car like some of its rivals can be. 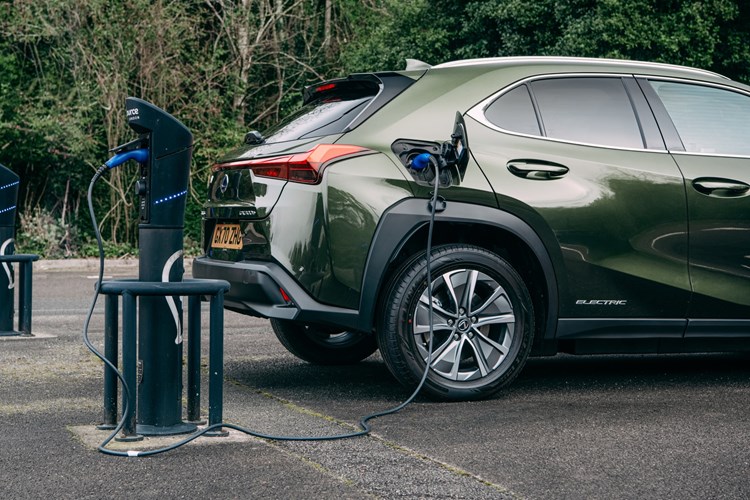 The smaller battery does mean charging at home is reasonably fast – a 7kW wallbox should top the battery up from empty to completely full in around eight hours.

However, when you’re out and about your options for fast charging are more limited. Lexus has fitted the UX 300e with a type of socket known as CHAdeMO, which is rather old-fashioned – the standard going forwards is for a Type 2 or CCS charger.

CHAdeMO connectors aren’t always included on the latest charging stations, and limit the UX to a maximum 50kWh charge rate – meaning a 0-80% charge will take around 53 minutes. That’s slow compared to rivals that can charge at close to 100kW. For goodness sake, even the MG 5 EV – one of the cheapest electric cars on sale today – has a max range of 250 miles, and a max charge speed of 78kW. Poor effort from Lexus.

The UX is available as a base model or with two ‘packs’ – these function like trim levels.

Step up to the Premium Plus pack and you’ll enjoy keyless entry, leather upholstery, heated and ventilated front seats plus a heated steering wheel, and a wireless smartphone charging pad. This is definitely a box worth ticking. 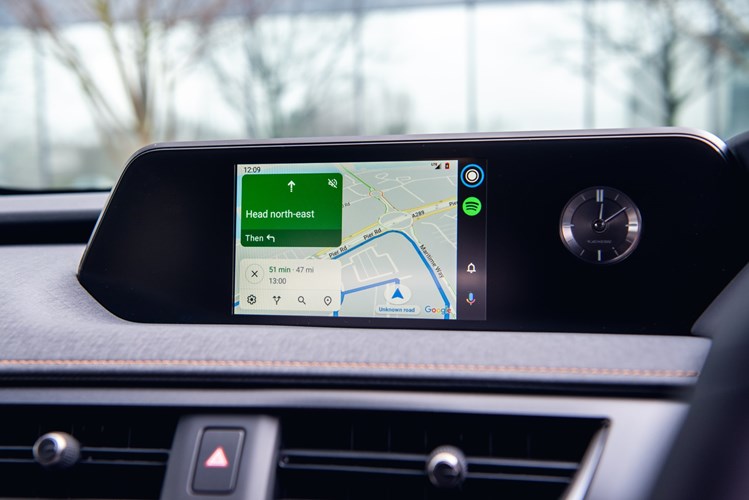 Top-spec cars with the Takumi pack get the larger 10.3-inch infotainment screen with navigation, a head-up display, a sunroof, all-round parking cameras, an upgraded sound system, and some extra safety kit including blind-spot monitors and rear cross traffic alert. 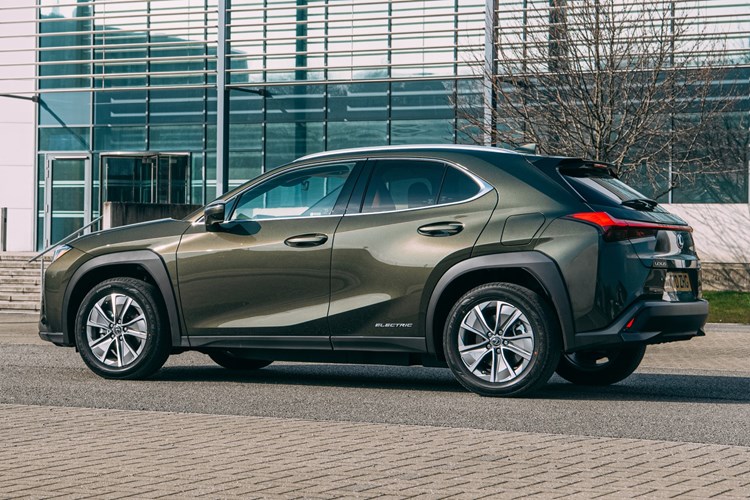 If you value refinement, comfort and ease of ownership over all else in your electric car, then yes. The UX Electric amplifies many of the best traits of the Lexus brand.

However, it's difficult to recommend because the competition is so much more advanced. The Tesla Model 3 and Audi Q4 e-Tron both offer superior range, performance, space and technology to the UX 300e - for about the same price.

Other niggles include an impractical boot and an infotainment system that'll drive you mad. The UX relies on an old type of charger that's close to being phased out, and even at max power won't charge anywhere near as quickly as its rivals. That makes it less practical for long journeys.

If you're already a Lexus kind of person and you need a second car, we can see how the UX 300e would appeal - but it's not a car we can advocate.