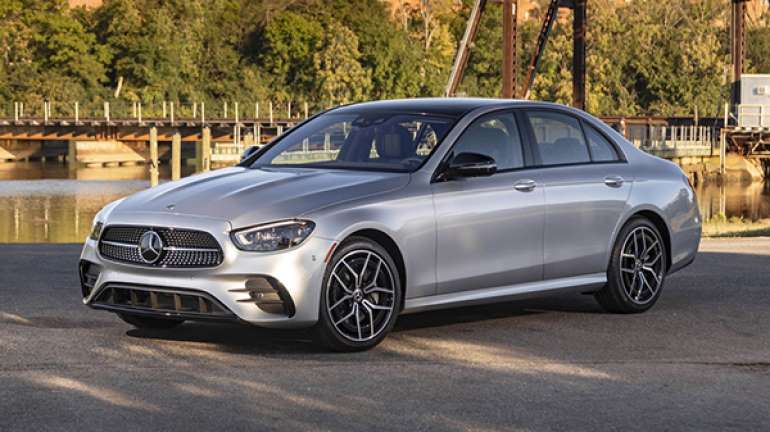 New Mercedes-Benz E-Class has been named Car of the Year by MotorTrend.

This year, the publication gathered together 18 different vehicles and 30 variants, including the likes of the Audi S4, BMW 4-Series, Cadillac CT4, Chrysler Pacifica, Genesis G80, Genesis G90, Kia K5, and the Polestar 2, among others. Six finalists were then chosen; the BMW 8-Series Gran Coupe, Hyundai Sonata, Mercedes-Benz CLA, Mercedes-Benz E-Class, Nissan Sentra, and the Porsche Taycan.

Read More: See The Facelifted 2021 Mercedes-AMG E63 And E53 Sedan, Estate And Cabrio From Every Angle
In determining its Car of the Year, MotorTrend has six key criteria for each car that it tests. These include Advancement in Design, Engineering Excellence, Efficiency, Safety, Value, and Performance of Intended Function. MotorTrend tested the new E-Class in a handful of guises during its 10-day testing programme, including the E 350, E 450, Convertible, Coupe, and the all-conquering E 63 S Wagon. It walked away the winner.

Interestingly, the 2021 E-Class isn’t an all-new car, as many of the other vehicles in the Car of the Year test were. Instead, the 2021 model is a facelift of the W213 generation E-Class that has been in production since earlier 2016. While it may only be a facelift, Mercedes has made significant improvements to the car.

“They could have slapped on some new body panels, updated the engines, and called it a day,” MotorTrend’s Jonny Lieberman said of the 2021 model. “But the engineers went the extra mile. They pulled the all-nighter. Put in the hard work. The result? Car of the Year.”

The MotorTrend team added that the 2021 E-Class is made all the more impressive by the fact that each and every variant and body style excels in all conditions. For example, the pre-facelift E-Class Convertible had terrible cowl shake, according to Lieberman, but the 2021 model “feels like an E-Class: solid, refined, luxurious, better than the competition.”

Tagged under
More in this category: « The king of luxury is back - Mercedes-Maibach S class (BIG GALLERY) 2021 Mercedes-Benz E-Class All-Terrain Full Review (VIDEO) »